Abilene, Texas police say Douglas Sims sought retaliation over a poker dispute when he, along with five others, allegedly helped in the robbery of a poker game at a local business in the town of about 117,000 which sits 180 miles west of Dallas. 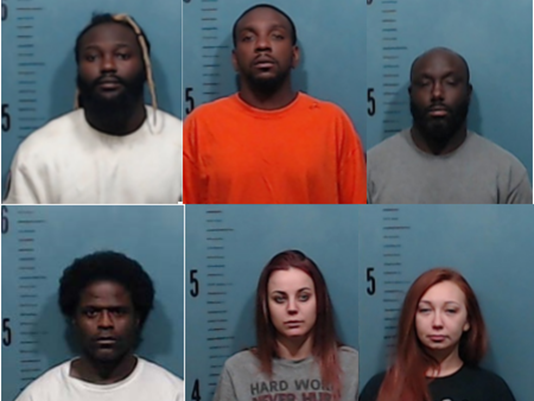 The incident occurred October 4 and the suspects got away with an estimated $8,000 in cash and items stolen from participants in the poker game, two of whom were senior citizens.

But now the perps been apprehended and booked for their alleged crimes. Sims is charged with unlawful possession of a firearm, which is a felony.

Jamar Sims has since posted bond and been released. The three other suspects remain in custody at Taylor County Jail as of Friday.

How it Went Down

Court documents indicate Douglas Sims had been planning the robbery for months. He told an unnamed person in September that he was “tired of being treated differently from the other players by DJ,” but it’s unclear who “DJ” actually is.

“If DJ didn’t start showing him more respect that he was going to shut down the place,” he continued.

On October 4, police allege, Sims arrived at the poker game but was “acting erratic” during the session. One witness told authorities that the accused had been eyeing cash on the tables to get a feel for how much money was in the room.

Sims, 45, left the session earlier than usual, and then 30 minutes later, Jamar Sims and Payne entered the room with weapons and demanded that game participants give them money. They left with approximately $8,000 worth of stolen cash and goods.

Douglas Sims’ erratic behavior may have helped police connect him to the crime. Video surveillance shows the poker player sending a text message after examining a cash drawer.

The robbers were unknown to police before the incident. But surveillance video at the business picked up the getaway car, allegedly driven by Small, and the two accomplices who entered the room.

One of the players who was robbed identified Jamar Sims. He said he recognized him from a prior incident at another poker game. Once he was identified, the dominos all fell into place and police were able to apprehend each person they believed was connected to the crime.

Jamar’s 45-year-old father and fellow co-conspirator has a lengthy criminal record in Abilene. According to Taylor County Jail records, he’s been sent to the slammer numerous times, for offenses ranging from cocaine possession to evading police when pulled over for a traffic violation, and now unlawful possession of a firearm.