Ten US States Look at Legalizing Online Gambling for 2014 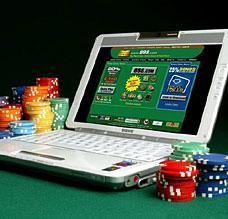 Ten U.S. states are considering some form of online gambling legislation for 2014, while on the federal level, legislation appears stalled (Image: AP)

Online gambling’s presence continues to grow across the United States. Slowly but surely, states are becoming accustomed to the idea that gambling on the Internet holds massive potential for a boost in revenue. Still, plenty of consumers in the U.S. might wish that this additional method of gambling had a faster attach rate on the national and state level. And now – if a recent survey is any indication – more American states may be looking to jump on the Internet bandwagon.

According to a group that tracks legislation related to gambling across the world, ten states in the U.S. are considering bills that would either legalize or expand online gambling in 2014. The Gambling Compliance survey finds that there is little hope for a nationwide law to regulate Internet poker, at least anytime soon; the survey cites heavy resistance from opponents of online gambling, who have been attempting to block any forward momentum in Congress.

“In 2013, ten states considered legislation that would legalize online casino-style gambling, which was a historic high,” said Chris Krafcik, director of the research group. “This year is shaping up to be at least as busy.”

Of the ten states, California is seen as one of the biggest potential markets, as it is the most populous state in the country. After many years of internal contention, Native American tribes are working towards an agreement on how to legalize online gambling. A recent meeting between tribal leaders of two groups made some progress, but still needs time to completely work out an agreement. Any action taken on the bill must be done before the deadline of Aug. 31 of this year, however.

In Nevada, where online gambling is currently limited to poker, the state is looking into possibly expanding into other gaming avenues, although the Gaming Commission has said this isn’t likely to happen in the immediate future. Delaware wants to initiate cross-border agreements with other states to increase the amount of potential bettors for their slow-moving foray into the industry. New Jersey also wants to invest in a cross-border market, along with a bill that would create a new type of licensing which would permit interstate and  even foreign bets to be accepted by casinos in Atlantic City. During New Jersey’s initial launch of online gambling between November and December of 2013, fifteen sites brought in a total of $8.4 million.

A bill aimed at legalization died in Mississippi after the state legislature failed to act on it. However, the report predicted that other states might join Georgia, Illinois and Minnesota and allow lottery tickets or games to be purchased and played online.

Part of the reason the report doesn’t foresee a bright future for a national bill is due to the fact that it’s a midterm election year. Because of this, politicians are very unlikely to support any controversial legislation during a crucial time for their careers. The U.S. Senate is also considering enacting a complete limitation or ban on online gambling, although consensus would be challenging for them to come by, based on what’s occurred to date.

To further complicate matters, both supporters and opponents of online gambling are likely to vie for positions in the Senate. Las Vegas Sands CEO Sheldon Adelson is widely known in the online gambling scene as the loudest – and the best-funded – voice among the opponents of legalization. He’s been using his billionaire status to fund a campaign seeking to ban online gambling. But a recent group called the Coalition for Consumer and Online Protection (C4COP) is looking to take on Adelson. Backed by MGM Resorts International and various Washington powerhouses, C4COP hopes to educate Americans about the benefits of legal and regulated online gambling, while defeating Adelson’s vehement anti-online rhetoric.

As an advid Poker Player my wish is that ALL States Legalize Gambling.
V/r,
SHERMSTICK