The $1,100 buy-in Mid-States Poker Tour South Dakota State Poker Championship attracted 585 players, but only one of them  — Taylor Howard — walked away with a six-figure payday. Howard, a proud Iowa Hawkeyes fan took down the event late Sunday night for $119,165. 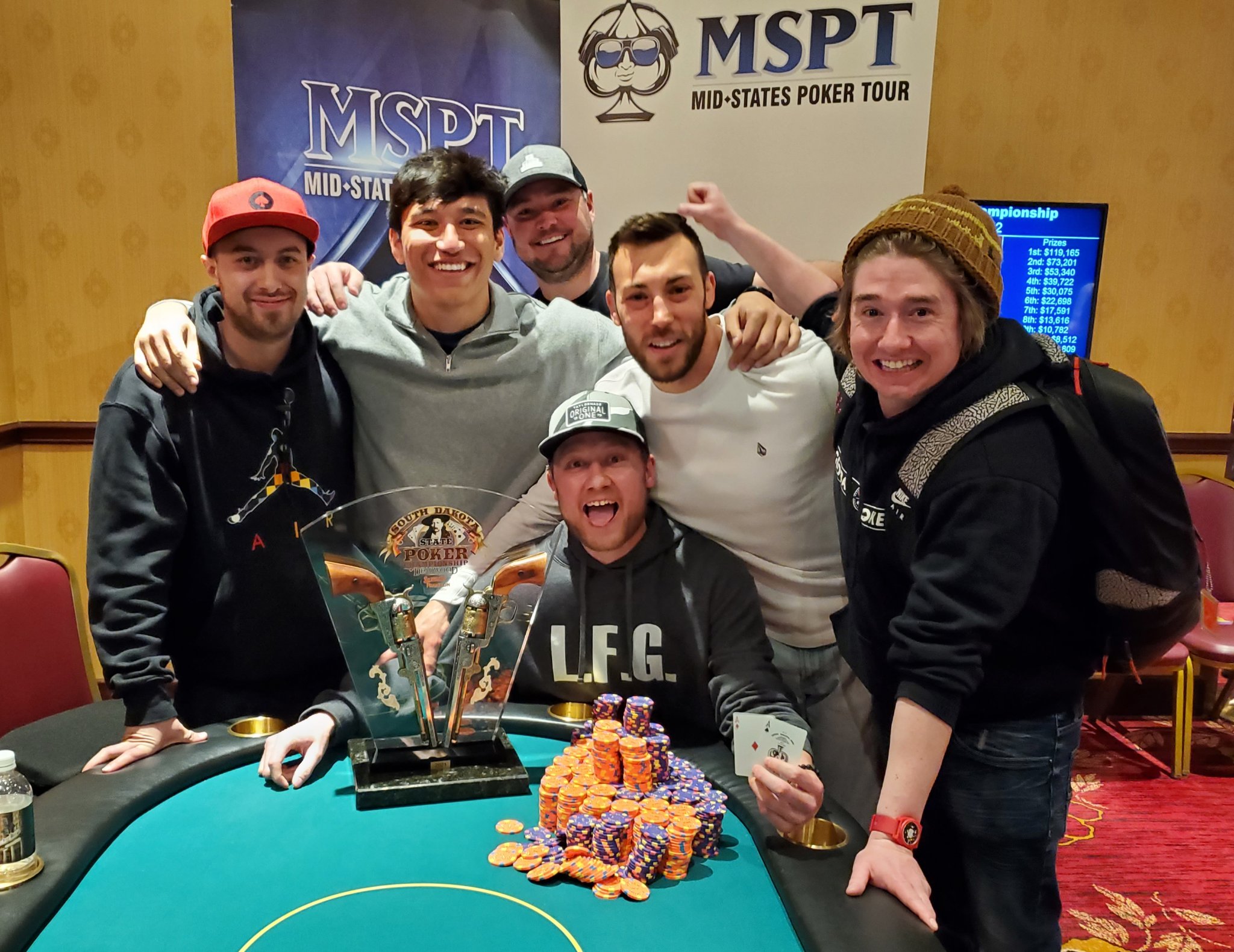 The tournament began May 14 at the Silverado-Franklin poker room in Deadwood, a tiny town of about 1,500 residents that is one of the more underrated areas in the United States for poker. Players from all over the Midwest traveled to South Dakota to compete in the state’s biggest annual event.

One of those players is Cy Church, a Michigan poker pro who finished in third place for $53,340. In doing so, he earned 1,400 MSPT Player of the Year points, which brings him to 2,850 for the season — far and away the highest total of anyone. Daniel Sepiol, who won an MSPT regional event in Riverside, Iowa, for $162,781, drops down to second place with 2,100 points.

Church’s lead is far from insurmountable, however. There are still five events remaining on the schedule, starting with the June 2, $2 million guarantee event at the Venetian in Las Vegas, which is part of the casino’s summer DeepStack Championship Poker Series. Sepiol, and others, have plenty of time to catch up, and Church has numerous opportunities to pull away even further.

When Church busted in third place, Howard and John Schroer had nearly identical stacks, and both players had plenty of dancing chips left. So, it wasn’t much of a surprise that the heads-up match, especially with so much money at stake, lasted more than two hours.

In the end, pocket aces came through for Howard. After raising preflop, he continued betting on the flop of 4-10-3. Schroer wasn’t going anywhere with middle pair (5-4). Things got a bit dicey for Howard when the 2 landed on the turn, giving his opponent an open-ended straight draw to go along with his pair.

Given the board texture, the players went all-in on the turn and watched the 9 hit on the river, which changed nothing.