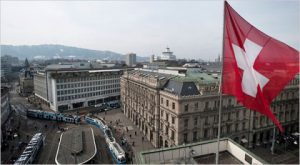 Switzerland has long struggled to find a balance for casino operators and residents who want to gamble online. The government has now offered up a draft of a new gaming bill that will include the regulation of Internet gambling for the first time in its history.

There are many positives about the bill, which allows for small poker tournaments and home games for the first time as well, and winnings will not be taxed. On the other hand, no foreign companies will be licensed to offer online gaming.

The Swiss government published a draft of the newly proposed gaming bill for public consumption and debate. It will be available until August 20.

The bill does include permissions for small poker tournaments and home games, though they must be held outside of nationally licensed casinos. There is no amount set as a maximum for tournament fees or home game buy-ins at this time.

Winnings for online players will not be taxed, no matter the amount. Any taxes collected, which are not currently specified, will be collected as per usual and donated to charity.

As for online gambling, each canton will be able to license via regional governments in those 26 parts of Switzerland. They will all report to a new federal group that will regulate the industry as a whole. The larger institution will monitor and mediate ideas and cooperation between the Confederation and cantons.

Brick-and-mortar casinos will be able to apply for extensions to their existing casino licenses in order to build an online gambling platform and offer services. The bill does not allow for the licensing of any online gaming companies located outside of Switzerland, such as PokerStars, Full Tilt Poker, or PartyPoker. The onus will likely be on the currently established casinos to develop online gaming platforms from scratch.

However, this is merely a draft of the bill. There will likely be changes and updates before it is voted into law.

Technically, the bill was due to the Swiss government in late 2013, but the final details could not be determined and agreed upon until the last of April 2014.

Many in the casino industry are not happy with the draft. According to several sources, the Swiss Casino Federation was highly critical of the bill and warned against cowering to lobbying efforts to implement hidden taxes. As some are fighting for taxes to be collected from online gaming operators to fight gambling addiction, the Swiss Casino Federation is prepared to argue that such taxes would be unfair and unhelpful to addiction organizations.

SCF also noted that the key to making the new bill effective and offering a chance for their online gambling platforms to work, operators located outside Switzerland must be blocked. The organization has argued in the past that their revenues are negatively affected by the offerings of online gaming from large companies located outside Swiss borders, and the group would like assurances from the government that those activities will be stopped.

The federal government may pass the legislation without the approval of the SCF, but there are many groups opposed to the bill as it stands. The government has until August 20, 2014, to consider all suggestions and complaints before recommending any amendments and putting it to a vote.