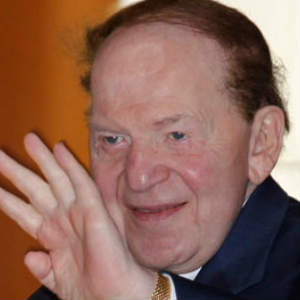 A supposed draft of a bill that has purportedly been endorsed by Sands CEO Sheldon Adelson was made public, allegedly to be introduced to the U.S. House of Representatives soon.

According to poker reporter Marco Valerio, a draft of an anti-poker bill that has been endorsed by Sands CEO Sheldon Adelson is available to read. Valerio has posted the bill in PDF format on his personal blog. Adelson is a staunch supporter of any and all anti-online gaming laws. Adelson’s cronies are fresh off of a lashing at the hands of Nevada’s state government, but continue to lead the charge against online gaming, including poker.

The purported draft has a goal “to restore long-standing United States policy that the Wire Act prohibits Internet gambling to give Congress and the public time to fully examine the issues surrounding Internet gambling.” The bill goes on to list all the possible evils of Internet gaming, including “money laundering, fraud, terrorism funding, cyber-crimes, and participation by minors.”

The purported document states that the new act be called the “Internet Gambling Control Act” and that no later than two years after the date of enactment, should the bill be passed, the director of the FBI provide to the Committee on the Judiciary of the House of Representatives, a comprehensive report on the law enforcement aspects of Internet gambling.

The study will look at the potential use of Internet gambling sites for money laundering, including players “acting in concert in online poker and other games” and the extent to which terrorist groups could use it as an outlet to fun nefarious activities.

While the draft does look like the very first stages of what will become a bill to “fix the Wire Act” in the United States, nowhere on Valerio’s blog does it state how he was able to obtain this document. The blog post states what the Internet Gambling Control Act might be, and how Adelson is basically the devil incarnate. Valerio is well known in poker journalist circles, so it seems like it is only a matter of time before someone asks him where this document came from.

The fight for online gambling and poker will continue in the United States on multiple fronts. States such as Mississippi, Iowa, and California continue to mull laws that would allow one or the other in 2014. While it is not looking great for Mississippi and Iowa, California remains the wild card in the conversation. The state continues to look for new revenue streams to fund education and is the most populous state in the country. Working with tribal and local casinos could close the gap and become a win-win situation for the state and casino operators.