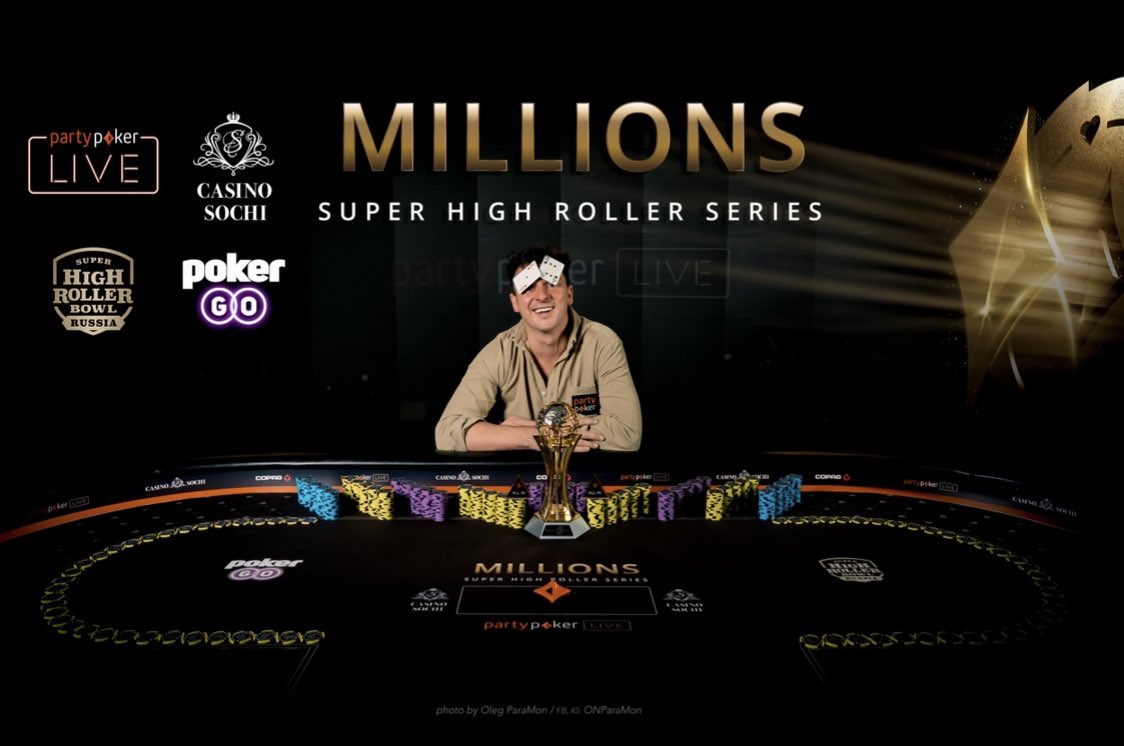 Running between March 6 and March 15, 2020, the festival is designed to break records.

At the lowest level, events cost $26,000,. At the top end, the Super High Roller Bowl Russia will become the most expensive tournament ever held in the country with a $250,000 buy-in.

Before the main spectacle gets underway, the world’s best players are warming up with a selection of side events.

First to step upon the winner’s rostrum was Jiang Xia He. The Spanish national put in a commanding performance on Saturday to pick up a win at Casino Sochi.

Chidwick left early, however, when his pocket queens failed to hold against Aaron Van Blarcum’s A-K. With the final table down to five, Wai Leong Chan took control, stealing chips from Van Blarcum before bullying those around him.

That tactic proved effective until Xia He made his move. A rivered full house for Xia He was enough to beat Chan’s straight. That pot was worth nine million chips and gave Xia He an almost insurmountable lead.

Now able to bet with impunity, the Spanish pro dispatched with Carey Katz and Van Blarcum within 30 minutes. That quick double-KO left Xia He and 2018 WSOP Main Event champion John Cynn battling for the title.

Despite Cynn having the better résumé, Xia He came through the final test in just one hand.

Cynn moved all-in with K♠9♠ but ran out of chips when Xia He made a royal flush with J♣Tx. With that, Xia He became the first Super High Roller Series Sochi winner.

As Xia He was celebrating the biggest win of his career, Sam Trickett was getting back to his winning ways. The English pro is 25th on the all-time money list and added another $435,000 to his $21 million+ tally on Sunday.

With Phil Ivey at the felt, everyone was on high alert. However, in the end, it was Trickett who proved the strongest. As the likes of Ivey, Paul Phua and Timothy Adams faded, the man from Nottingham rose up the ranks.

In the end, a four-card flush was enough for Trickett to overcome Malaysia’s Ivan Leow.

With that, two events in the latest Partypoker Live Millions were over but the winners keep coming. On Monday, Wai Leong won $457,500 after beating Paul Phua in Event #3, the $26,000 short deck showdown.