Super Bowl 54 in Miami between the Kansas City Chiefs and San Francisco 49ers is merely hours away. The oddsmakers anticipate a close game — Chiefs are favored by just 1.5 points — but how do the football analysts from around the country see this potentially epic match-up playing out? 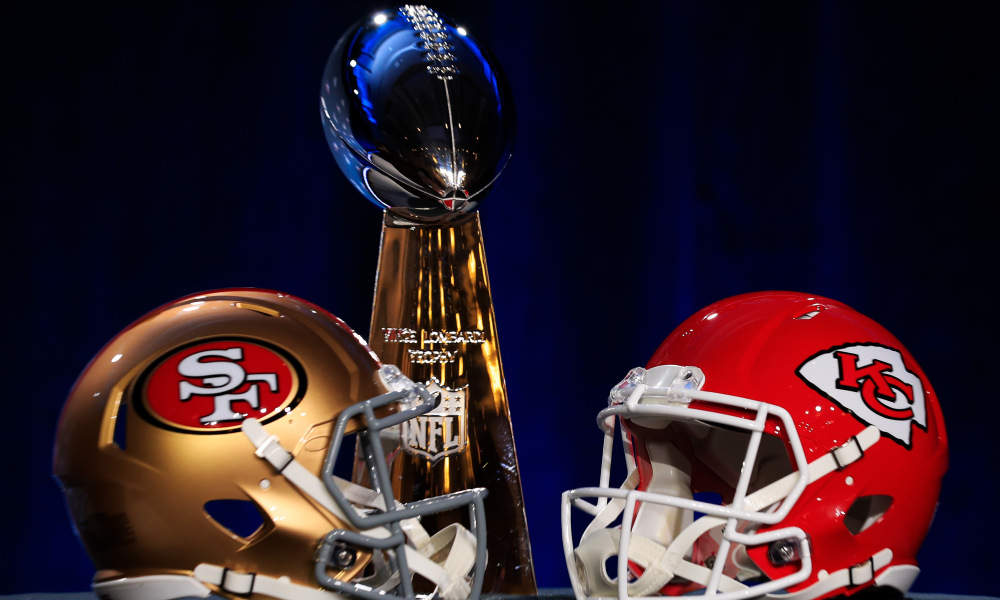 Kansas City, led by all-everything quarterback Patrick Mahomes, is appearing in its first Super Bowl in 50 years. The Chiefs cruised through the AFC West all year and then defeated two tough opponents in the playoffs — Tennessee and Houston — en route to Miami.

San Francisco was one of the surprise teams in the NFL. The 49ers won just 12 games the previous three seasons combined. But this year the Bay Area squad went 13-3 before dominating Green Bay and Minnesota in the playoffs.

Regular season performances mean nothing on Sunday. The team that executes their game plan the best will hoist the Lombardi Trophy. Let’s see what the experts have to say about the big game.

The close point spread — 1.5 points in favor of KC — is no surprise. These teams are, at least on paper, evenly matched and clearly two of the best teams in the NFL, if not the two best. So, it isn’t shocking to see that the football experts from around the country are split on which team they pick to win.

ESPN.com recently shared score predictions from dozens of analysts, former players, and editors. A total of 67 ESPN employees predict a Chiefs victory, while 40 others are on the 49ers train. There were some biased predictions, as expected. Steve Young, a former Super Bowl-winning quarterback for the Niners, is predicting …. never mind, I don’t have to tell you which team he thinks is going to win.

Jarrett Bell from USA Today Sports believes the Chiefs-Niners game is a “classic match-up.” He said in a recent video that “defense wins again.” San Francisco certainly has the superior defense and he believes that will carry them to a Super Bowl 54 victory.

Mike Jones, another reporter for USA Today, is also expecting a “great game.” But he predicts the Chiefs to come out on top.

“Patrick Mahomes has just enough special to be able to elevate his unit above the 49ers,” he said.

Skip Bayless and Shannon Sharpe, hosts of the Fox Sports show Undisputed, are experts in literally nothing. But, for some odd reason, many enjoy watching their show. Anyway, if you can stomach listening to these blowhards, against my better judgment, here’s a clip of their predictions.

I’ll admit I’m a bit biased — I’ve been a lifelong Chiefs fan. But I am also able to analyze this game objectively. I’d be lying if I didn’t say I lost sleep last night worrying about San Francisco’s defense and ball control offense. The thought of the 49ers running the ball right down Kansas City’s throats is not only a nightmare, but also a possibility.

The Chiefs don’t have a great defense. They didn’t get this far with dominant defensive play. Kansas City is in the Super Bowl because of its explosive offense. San Francisco can also score points, but they wouldn’t have won 13 regular season games if not for a stingy defense led by NFL defensive rookie of the year Nick Bosa.

So, yes, the 49ers are the more complete team in that they can put up points and shut out a decent offense. The Chiefs, however, know they’ll need consistent offense throughout the game to win.

But there is one thing San Francisco doesn’t have that Kansas City does:  a player who can carry the team on his back. Patrick Mahomes can do that. If the Chiefs defense struggles, Mahomes and the other play makers on offense (Tyreek Hill, Travis Kelce, Sammy Watkins) can make enough plays to keep pace.

If the game is close late, and there’s a good chance it will be, I trust Mahomes to make the plays more than I do Jimmy Garoppolo. So, I’ll take Kansas City to cover the 1.5 point spread and win 33-27.