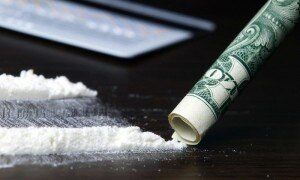 In multiple research studies it has been concluded that both cocaine and pornography can likely lead to reduced decision-making abilities.

This, according to medical researchers, is groundbreaking evidence about the perils of cocaine usage and pornography viewing.

A medical research director at the University of Connecticut School of Medicine went on the record to state that watching too much pornography will lead to sub-optimal results while gambling.

Dr. David Greenfield told multiple media outlets including Vice and The Christian Post that when a human’s prefrontal is disengaged, which is what happens during cocaine consumption and pornography watching, decision making skills are severely hampered.

Another study, published by the School of Medicine at Mount Sinai, said that cocaine use will impair the brain from its ability to predict losses.

Seriously? There Were Studies to Prove This?

Dr. Greenfield, whose title is the Director at the Center for Internet Technology Addiction, said that pornography activates the limbic parts of the brain, which cuts off the brain’s prefrontal cortex, which is in charge of decision making, especially those involving moral choices.

In an equally painfully obvious study, researchers at the Icahn School of Medicine at Mount Sinai were able to conclude that cocaine use will impair the brain’s ability to predict losses.

The study researched 50 addicts and 25 control subjects who were allowed to play a gambling game while their brains were hooked up to monitoring equipment. Those in the study were primed with a positive outcome, who are normally risk averse, ended up going for a riskier option 56.8% of the time.

The results proved that addicts displayed an impaired ability to predict loss and perhaps just as interesting, found out that losing had little effect on decision-making.

As it turns out, those people who are reminded of a past gambling win are much more likely to gamble. The study concluded by stating that explicitly priming memories for recent positive outcomes for gambling will induce people who are normally risk averse to exhibit risk-seeking decision.

In layman’s terms, it scientifically proved that a person is likely to “let it ride” if they perceive themselves to be on a winning streak and the concept of “positive tilt” is a real condition of the brain.

Who Paid for these Studies, and Why?

What really remains to be answered is who pitched the idea of researching whether cocaine and pornography would lead to bad decision-making, and who felt those studies worthy of grant money.

Was there any outcome outside of what the results indicated even remotely possible? Not to the masses, certainly. It is interesting to read between the lines and notice that Dr.Greenfield spoke to a faith-based publication.

would of never thought so. 😀

This is the top story on a poker forum. Lol. Headline is hilarious. Is someone saying poker players are degenerates in life?