Steven Zhou has picked up his very own World Series of Poker (WSOP) ring after topping a field of 1,124 entrants playing for fame and fortune in Australia. 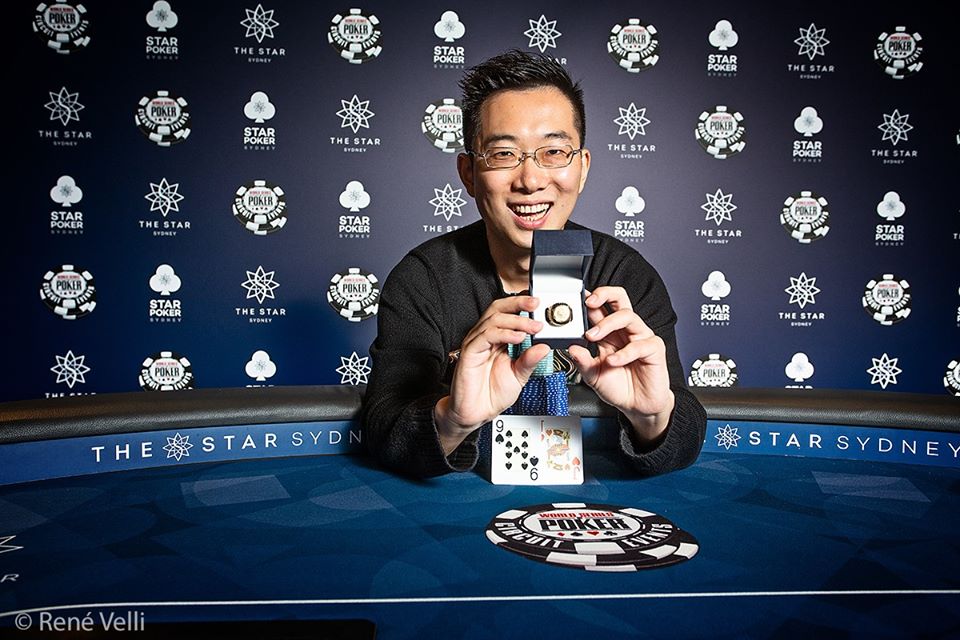 Despite coming out on top, it wasn’t all smooth sailing for the Australian pro. At the start of Day 4, a dominant Edwin Chiu was out in front at the WSOP International Circuit’s Star Sydney Main Event.

Topping the chip counts on Day 2 and Day 3, Chiu was the man to beat as play resumed on Dec. 9. That didn’t faze Duy Vu, who was first to strike at the final table. Electing to race with pocket eights against Trevor Saunders’ A♠J♠, Vu managed to avoid an upset and open the elimination floodgates.

With Saunders out in ninth, the chips started to flow, allowing Zhou to get busy. Quietly chipping up as Chiu played executioner, the Aussie eventually caught his main rival slipping.

Making one too many moves, Chiu soon ran A♠J♥ into Zhou’s A♣Q♥. With no surprises on the flop, turn or river, Chiu’s demise started.

By the time Zhou had taken out John Zwaine, the WSOP title was his for the taking. Dispatching with the now short-stacked Chiu, the soon-to-be champion held a commanding chip lead heads-up against Lior Segre.

With a four-way deal previously agreed, the two didn’t waste any time flipping for the title. Although Segre would have needed at least two pots in a row to bag a WSOP Circuit ring, it didn’t matter, as Zhou got it done in one hand.

When the cards were flipped, Zhou was out in front with J♥9♠. Despite having live cards with 3♠8♥, Segre couldn’t catch a piece of the board.

With that, Zhou became the latest World Series of Poker International Circuit champion.

As 2019 comes to a close, the WSOP’s tournament team can look back on another successful year of growth. Following the advent of an online series in 2018, the team announced an expanded schedule this year.

Aiming to reflect the global nature of poker and the WSOP, the roster of events saw the Circuit bandwagon roll into a new selection of international stops.

Russia provided a post-summer series before the action moved to Canada, the Czech Republic, and beyond.

Looking ahead, the final event of 2019 will wrap up in Uruguay on Dec. 14 before Zhou and the rest of the WSOP Circuit faithful get ready for a trip to Morocco in January, 2020.