Steve Wynn Wants Philadelphia as Locale for Next Casino Resort 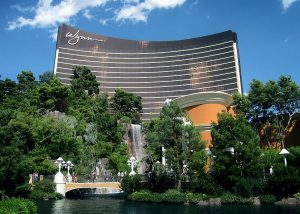 Steve Wynn, the casino resort magnate known for creating an empire on the Las Vegas strip, has set his sights on what he hopes will be the location for his next casino resort project. Wynn Resorts Ltd. is now looking to Philadelphia, Pennsylvania as the next destination for one of their east coast resorts.

Back to His Roots

Wynn got his start out in the east with the property that became the Atlantic Club in New Jersey. The move to Philadelphia is just one effort that Wynn and his company are making to gain dominance over the east coast casino scene in the United States. The play for Philadelphia might be seen to some as jumping the gun because Wynn and his group are still waiting for approval on a project in Massachusetts.

A few months ago, Wynn Resorts proposed to develop a $1 billion resort casino in Everett, Massachusetts on a site that once housed a chemical plant. The resort would be on the banks of the Mystic River and house a 550-room hotel. While 86 percent of voters approved the proposal, the project still needs to be approved by Massachusetts’ Gaming Commission before it can be built.

Though Wynn and his company are no doubt eager to claim two properties in the east, they are going to have to wait until early spring of next year before a decision is made about Philadelphia. Spring of 2014 is when the choice will be made for the next project according to William H. Ryan Jr., the chairman of the Pennsylvania Gaming Control Board.

Philadelphia’s second casino license (the SugarHouse Casino opened in 2010 with the first) is highly desired by many parties. Six applicants are already in contention for the spot and a public hearing will be held in January. This hearing will help decide which project will make the best fit as applicants are given an opportunity to present their individual cases in hopes of being awarded the license. It is possible for the losing bidders to appeal the decision, though. According to Bill Lerner who runs Union Gaming Research, such an appeal to the state Supreme Court could take around six months. No doubt Wynn hopes it won’t have to come to that.

This current proposal actually isn’t the first time that Wynn Resorts has had a go at a chance for property in Philadelphia. In 2010, the company had a $600 million project in the works but backed out before any kind of decision was made.
The current casino resort project has several partners all hoping to play a part in the growth and profits of the resort. Wynn Resorts will be joined by Tower Entertainment, Market East Associates, PHL Local Gaming and Stadium Casino among others. Together they would help create a 150,000-square-foot casino with 900 slots, 100 table games and a 300-room resort. Just like the Everett location, the Philly resort would be built by the water.

What a Win in Philly Would Mean

Wynn already has a string of resorts in Las Vegas including The Wynn, Encore, Treasure Island, Bellagio and the Golden Nugget, developing a resort in both Everett and Philadelphia would just be icing on the cake for an already successful business. Wynn also has his hands in Macau, which is one of Asia’s hottest casino sites.

But is Philadelphia really a goldmine for profit? Reports say that since 2010 (the same year the SugarHouse began) the Philly casino industry has leveled out in its potential for profits. That leveling could be a result of just one popular Philly gambling resort being established. If Wynn manages to snag the property bid, his resort casino could certainly revitalize the industry in the area. That, or he could just find a different state to build in.