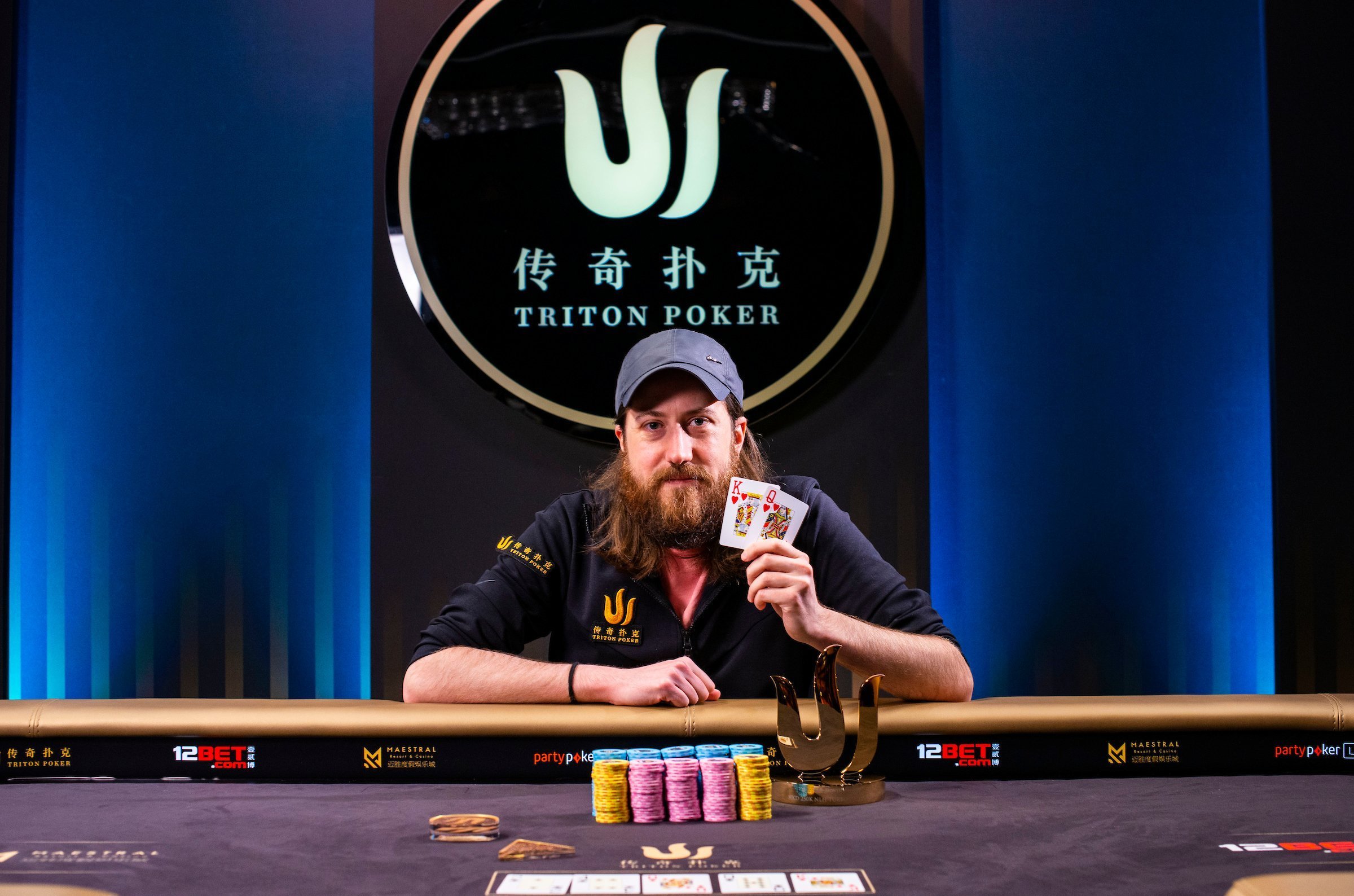 There were 45 entries in the HKD 250,000 ($31,900) Turbo No-Limit Hold’em event, which included 11 reentries. That meant that only the top five players were going to make the money, making for some tense action as the bubble approached at the final table of the eight-handed tournament.

With just seven players remaining, it wasn’t certain that either Haxton or O’Dwyer would even make the money. The two of them – along with Wei Lim Chin – had nearly identical short stacks of between 16 and 18 big blinds.

But it was Lim who would be the first to go out, falling to Beh Kok Weng when Weng flopped a set and turned quads with pocket eights – more than enough to beat Lim’s pocket sevens.

With HKD 1.02 million ($130,000) on the line at the bubble, two players flirted with elimination before one finally fell.

Dietrich Fast fell to just one big blind after running into Haxton’s pocket kings, then watched as O’Dwyer doubled up through Sam Greenwood on the very next hand despite the risk of allowing Fast to sneak into the money. That would doom Fast, as he was forced to play the next hand on the big blind in what turned into a four-way pot. Unable to beat all of his opponents, Fast was eliminated in sixth place.

The field was quickly reduced to three players, as Greenwood dropped in fifth and Weng was eliminated in fourth place. That left O’Dwyer and Haxton to contend with Linus Loeliger in three-handed play.

Loeliger would exit in third place after defending his big blind with T♠7♣ against O’Dwyer’s J♦9♥. A J♠ 8♠ 7♦ flop guaranteed plenty of action, and a small bet by O’Dwyer was called by Loeliger. When the T♦ hit the turn, Loeliger checked again, after which O’Dwyer moved in for 1.7 million. Loeliger called, but found that his two pair wasn’t enough to contend with O’Dwyer’s straight. An A♠ on the river did nothing to change the result, and Loeliger dropped in third place for HKD 1.72 million.

The two remaining players agreed to a deal that left HKD 250,000 on the table, with O’Dwyer enjoying a 2-1 chip lead over Haxton. Though Haxton got the better of the early action, he ran out of luck when he limp-shoved K♣7♠ into O’Dwyer’s K♥Q♥. O’Dwyer hit a queen on the flop, and that was enough to end the tournament.

While O’Dwyer has 24 career tournament wins according to the Hendon Mob database, this was his first Triton Series victory. When asked to comment on his win, the champion kept it short and simple before moving on to register for the next event in the series.

“It worked out exactly how I hoped it would,” O’Dwyer told a reporter for Triton Poker.

Congrats to Steve. He’s had incredible results for so long now. Caught a bit of the action on stream and he played great