Between global warming, artificial intelligence, and the not-so-long odds of being hit by an asteroid, Stephen Hawking believes we are doomed. The renowned theoretical physicist previously claimed humankind had about 1,000 years until we destroyed the planet. Now he is saying we don’t have much more than a century. 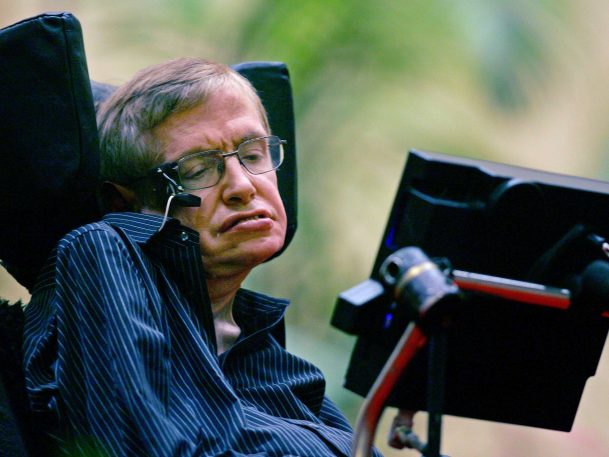 Place your bets: Physicist Steven Hawking is claiming in a new documentary that we are destroying the planet and will have to relocate in about 100 years to survive. (Image: Business Insider)

For those currently too young to read who might be planning to make it as a centenarian, you might want to find a new orb to live on. According to Hawking, Earth won’t be habitable too far into the 22nd century.

It is all part of a documentary entitled, “Expedition New Earth,” coming this summer as part of the BBC’s “Tomorrow’s World” science season.

“Professor Stephen Hawking thinks the human species will have to populate a new planet within 100 years if it is to survive,” the promo on the BBC website said. “With climate change, overdue asteroid strikes, epidemics and population growth, our own planet is increasingly precarious.”

This bit of cheery news comes as the Bulletin of Atomic Scientists, the people who run the Doomsday Clock, recently decided we were a little closer to annihilation. In January, they decided to move the hands 30 seconds closer to midnight, citing climate change, possibility of nuclear war, and the election of Donald Trump as reasons. Two-and-a-half minutes to midnight is the nearest the clock has been since 1953.

End of the World as We Know It

Don’t think humanity is going to be alone at their new intergalactic address. Scientists have long speculated about planets that could harbor life, and some are suggesting we should expect to find out a lot in the next decade or so about the possibility of life forms elsewhere in the solar system. So, when you do relocate and meet an extraterrestrial, it’s probably a good idea to bake a Bundt cake as a present for invading their turf.

Paddy Power, the irreverent Irish betting site, has been taking wagers on when the US President will make an announcement confirming aliens exist. This year and next are running 22:1, and the odds drop to 18:1 if you think we might have to wait until 2019. But pick 2020 or later and the odds flip against you, paying 1:18.

Putting money down now might be wise, since hiring a moving company to transport possessions light years away can’t be cheap.

And I Feel Fine

Doomsday evangelists, astrologists for the National Enquirer, and psychics on 900 lines have been warning of end times pretty much since the beginning of time.

In 365 AD, French Bishop Hilary of Poitiers knew the end was nigh before 366. In more recent times, Britain’s Institute of Biology suggested in a 1969 report: “If I were a gambler, I would take even money that England will not exist in the year 2000.” Jeanne Dixon anticipated Armageddon in 1962, and is back on record revising that date to 2020. Presidential candidate and longtime 700 Club host Pat Robertson predicted the Four Horsemen of the Apocalypse arriving by 1976, and then for sure in 2007.

You all really believe this fraud , he is just a tape thats speaking whatever the elite wants you to hear, come on open your eyesand ears