Stephen Chidwick had a memorable day on Monday at the inaugural US Poker Open, first winning Event #3, $25,000 No-Limit Hold’em for $374,000, and then making the final table in Event #4, $25,000 Mixed Game Championship. It positions him as the man to chase in this new high-roller series at the Aria. 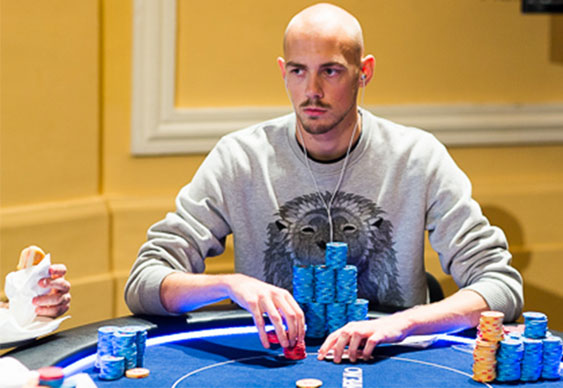 The action began on Feb. 2, and runs through Feb. 11, with much of the new high-roller series being livestreamed on the PokerGO app.

Daniel Negreanu, poker’s all-time winningest tournament player, also has cashed in two events so far, finishing 3rd in NLH ($165,000) before spinning up a stack quickly in the later event, but bubbling the final table, busting out in 7th place ($56,250).

But it was still enough to put him in third position on the USPO leaderboard.

Negreanu, who has side bets on becoming the overall money winner, will need to go on quite a heater during the final four events of the series to catch Chidwick, however, especially if Monday’s champion scoops another title on Tuesday.

*Denotes player has advanced to Event #4 final table and is guaranteed additional cash.

Back and Forth Heads-Up Battle

During three-handed play in Event #3, Negreanu bided his time to overtake Chidwick and Keith Tilston, but didn’t play his best poker.

Kid Poker is likely kicking himself for one hand where he flopped trip kings and slow played it to the river, which allowed Chidwick to hit runner-runner straight. Soon after, he was sent home in 3rd place.

The stacks were nearly identical when heads-up play began, but it was Tilston who began chipping away at his opponent quickly, taking a 2-1 edge within a few hands.

The tides then turned when Chidwick, holding pocket 6s got his money all-in against pocket 3s pre-flop, and the best hand held up.

Less than 30 hands later, after both players had traded small pots, Chidwick cracked Tilston’s pocket queens with a flopped nut flush, giving him a massive chip lead, and put his opponent away on the ensuing hand.

Will He Go Back-to-Back?

After busting from Event #3, Negreanu was asked by PokerGO announcer Maria Ho why his buddy Phil Hellmuth hasn’t been competing in US Poker Open events.

The assumption turned out to be fake news. Hellmuth not only entered Event #4, he will be coming back on Tuesday to compete at the final table, but he has the smallest stack.