And they’re back. Across the US, 10 state attorneys general have written to petition the incoming Trump administration, asking that the President- elect and his VP consider imposing a federal ban on online gambling by reinstating the 1961 Wire Act to its original interpretation. 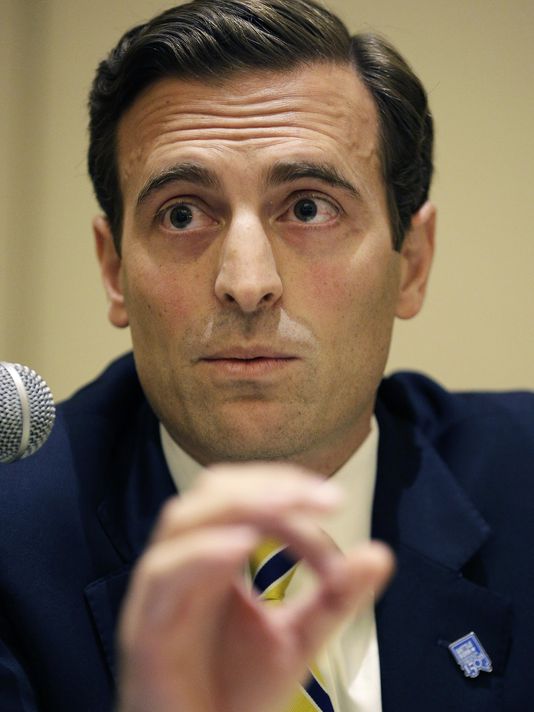 Among them is Nevada AG Adam Laxalt, whose signature on the letter, sent this week to Vice President Elect Mike Pence, is likely to infuriate Silver State Governor Brian Sandoval.

It’s a repeat of an earlier stance by Laxalt, who just a year ago stated that he would back RAWA, the Restoration of America’s Wire Act, the Sheldon Adelson-sponsored internet gambling ban bill.

In fact, it was a similar letter of support of the bill by various state AGs at that time as well, but no one in their wildest dreams last year imagined that Donald Trump and Mike Pence would be getting ready to take office in January.

The letter, which was tweeted in full by the Poker Players Alliance, makes the now-familiar plea for a 2011 Department of Justice interpretation of the Wire Act to be overturned. The DOJ’s opinion that the 1961 Wire Act prohibited remote sports betting alone, and not online poker and casino action on the internet, paved the way for Nevada, New Jersey, and Delaware to regulate the games.

“The risks to our citizens are real and extensive,” claims the  multi-AGs’ letter. “The ability for youth to access online gaming sites presents a significant risk to teens, a risk more easily mitigated at traditional brick-and-mortar establishments.

“State officials have worked diligently to lobby Congress to overturn the DOJ [Wire Act] interpretation, but they need your help,” it continues. “The next administration, led by President-elect Donald Trump, has an opportunity to undo the dangerous precedent set by the Obama Administration.”

As well as Laxalt, attorneys general from Louisiana, Michigan, Nebraska, North Dakota, Oklahoma, South Carolina, South Dakota, Texas, and Utah added their backing to the push. The signature from Michigan AG Bill Schuette is especially significant, because lawmakers in his state are seriously considering regulating online poker, an option that would be overturned should Schuette’s wishes be granted.

When Laxalt last year publicly expressed his enthusiasm for dismantling Nevada’s fledgling online gambling industry, Sandoval declared himself “very concerned that anyone representing the state’s legal interests would speak out against current state law in our leading industry.”

Laxalt’s 2014 election campaign, much like President-elect Donald Trump’s, received funding from LVS chairman Sheldon Adelson, the architect and financial sponsor of the movement to ban online gambling at a federal level.

Indiana Governor and VP-elect Pence is a longtime political opponent of gambling. His soon-to-be-boss in the White House, a former casino mogul, perhaps less so. Trump’s position on online gambling remains a bit muddy, however. In a 2011 interview with Forbes, he declared: “[Online gambling] has to happen, because many other countries are doing it and, like usual, the US is just missing out.”

Since then, he has remained silent on the matter, although it’s doubtful its prohibition will be an even Top 50 priority once he ascends to the White House on January 20, 2017.

It grates my ass that as a 100% disabled war veteran and senior citizen that I can’t
leagaly play on line poker for cash when almost every country, including communist
countrys play for money. I played 5 cash sites when I started prior to black Friday where
Poker Stars and Full Tilt got busted. I played 10 hours a day every day. The most it
ever cost me for everthing was $60. Is it to much to ask to be able to play in this so
called “Land of the Free”. Pisses me off to no end to be playing cash on Malta sites and
have Russians, Chinese, Italians and even Moslum countries sitting at the table with me.
It’s not against them, their country allows it, but belitteling us not to have charge over
our pittance, after ballooned taxes are paid.
Kids can for the most part can be blocked by passwords or electrical means by the
parents. The worry about this but not the millions who go in debt buying lottery tickets,
pot and booze. Kids nowdatys have the money they buy a bag not play a hand,
The bottom line for me is where are my rights to life, liberty, the pursuit of happiness
which is a chalanging “skilled” game of poker.
Course I’m just a disabled old veteran disalutoned by our government anyways.
Perhaps it they would sit around a card table something would be done, the most
interesting conversation comes out at the table..hint.
Peace, love to all…Namaste…jim

I agree with 100% but these sites are bad for our country they allow bots from every country which they donot track because bots can be set up at the same 10hrs aday as you but have 50 games at a time on their screens with noone playing them humans cannot play to the same hi %rate as bots they have no emotions and are set to play inly by math and math is what makes poker a skill game. The sites themselves set bots up to push normal players out of the running for all the free money promos they give out. Take Black Chip Poker they have 100s of bots do nothing and let them steal all top tier money for promos. So i say ban all internet poker 100% until we here in the usa have it regulated and spy ware to help the real recreational and pro skilled players. Enough of this theft of the usa players. Yes we need to be free but at same time protected from theft. I also and a vet and fought for our so called freedoms but if we deal with the problem through how we FEEL instead of using our Heads. IT WILL HURT MORE THEN IT HELPS. BAN ONLINE POKER 4 EVER FROM OVER SEAS MAKE THEM COME TO THE USA FOR THEIR PLAYING.