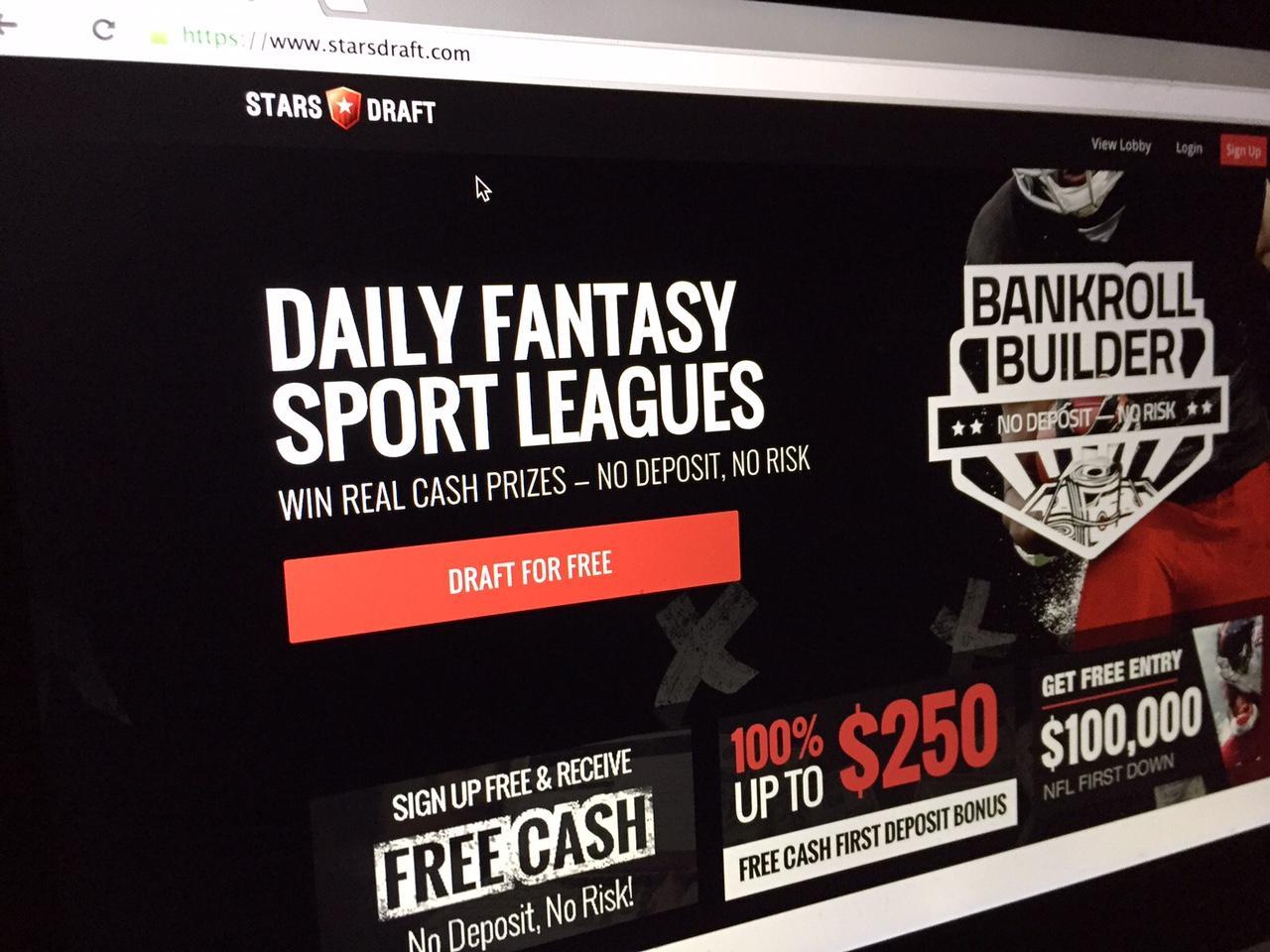 StarsDraft isn’t going to go down the way PokerStars once did, not if owner Amaya has anything to say about it. The newly legal New Jersey-licensed company won’t be pushing any legal envelopes this time with its new daily fantasy sports baby, or rocking any boats, either.

The company that owns PokerStars and Full Tilt entered the DFS market in August, with its sights set on grabbing a share of this multibillion dollar industry. Now Amaya Inc. is fighting to protect the integrity of daily fantasy sports, especially its own brand of it.

Instead of sitting back and accepting the damaging behavior shown by its competitors FanDuel and DraftKings this week, Amaya is advocating for government regulations. Unlike activities that fall more clearly into the gambling category (legally speaking, anyway), daily fantasy sports isn’t strictly regulated at the state or federal levels. However, if the gaming operator has its way, that’s all about to change.

Amaya concedes that current self-regulatory practices are insufficient and DFS regulations should be more in line with other forms of gambling.

“We are launching an active effort to work with states to enact legislation that meets the consumer protection interests of all parties,” Amaya told the Financial Times in a recent interview.

“Since we entered the DFS category earlier this year, we have brought regulated gaming best practices to StarsDraft’s already responsible business operations, including segregating player funds from operational funds and ensuring stringent controls that meet the demands of our compliance, audit and security departments.

“Contrary to industry norms, StarsDraft works to ensure a proper and fair playing field for all those involved,” the DFS operator reiterated.

Although daily fantasy sports as an industry isn’t regulated as strictly as online poker, Amaya knows as well as anyone just how devastating a government crackdown could be. PokerStars previously operated in the United States prior to Black Friday in 2011.

The online poker industry, including PokerStars, has seen a significant drop in popularity due to the US restricting play within the country during the past four years. A DFS Black Friday would likely destroy the industry, since most DFS players reside in the US.

With a hot-off-the-press New Jersey license, following a year-long exhaustive investigation by the state’s Division of Gaming Enforcement, the last thing Amaya wants to do is to come across as anything but squeaky clean, legally speaking.

Amaya is being smartly proactive by reaching out to politicians and encouraging strict regulations, in order to prevent causing further damage to the industry following that recent scandal.

Cleaning up Someone Else’s Mess

StarsDraft has a clean reputation, but its operators are stuck in a position where they could be affected by the mess left behind from its competitors.

Recently, a DraftKings employee was accused of using inside information obtained from his workplace to help win $350,000 in a FanDuel football contest. The advantage gained was essentially the equivalent of insider trading on Wall Street. As expected, DraftKings defended its employee, stating that no unfair advantage was gained.

According to ESPN, DraftKings adamantly denied any wrongdoing following a “thorough investigation, including examining records of internal communications and access to our database,” and found that “this employee could not have used the information in question to make decisions about his FanDuel lineup.”

Apparently the New York AG disagrees, citing that “fraud is fraud” as he moved forward with his enquiry.

For Amaya, creating distance between itself and its now-blemished competitors will be of paramount importance.

if DraftKings gets shut down ( or self implodes from scandal or fraud ) it could well be the end of televised poker . the same could be said for ClubWPT . those 2 businesses are virtually the only advertisers when I watch a poker show on TV . I think both are on very shaky legal ground .