The Stars Group, formerly known as Amaya and the parent company of PokerStars, saw net revenue surge in the third quarter of 2017 by 21.7 percent, to $329.4 million. They’re aiming for $1.3 billion for a year-end total, with an eye on the Pennsylvania in 2018 and beyond. 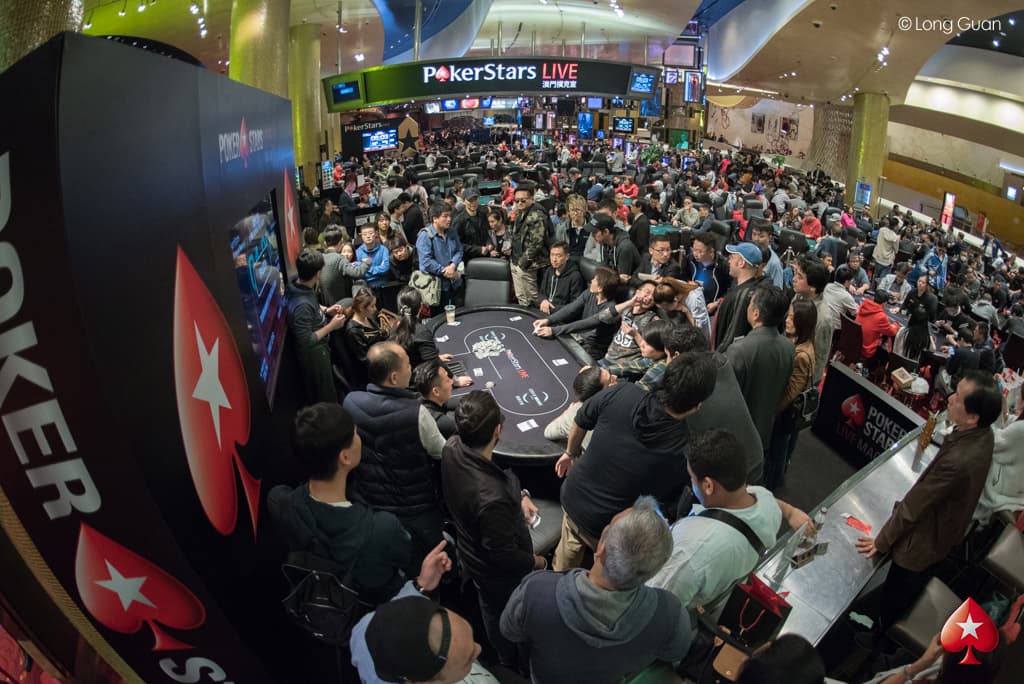 The Stars Group, parent company to PokerStars, has been experiencing a revenue surge in 2017 and now has Pennsylvania in its crosshairs. (Image: PokerStars)

According to a third quarter earnings report released on Wednesday, the Stars Group saw casino and sportsbook revenue climb to $95.2 million, which was a 48 percent increase year-over-year. Poker revenues grew 12.5 percent to $221.4 million.

The Stars Group also saw its player base grow 2 percent, to 2.1 million, all but 100,000 of whom played poker. Meanwhile, those who play online casino games grew by 20 percent, to 553,000 players, while Stars’ new sportsbook, which isn’t permitted in some jurisdictions, grew by 14 percent with 273,000 players.

“Not only did we see improvement in our poker business, but our casino continues to grow with a significant active player base, and our online sportsbook continues to see meaningful growth in turnover,” said CEO Rafi Ashkenazi.

“We are now one of the world’s largest online casino and online live dealer casinos among our public competitors based on active players, which is an outstanding achievement for such a young offering.”

Part of the growth is contributed to the Stars Rewards program, which launched in July and rewarded players for playing poker, sportsbook, and casino games. Ashkenazi revealed that approximately 85 percent of total users were enrolled, and they had been awarded $45 million in prizes since the program was implemented.

Big revenue aside, the Stars Group has $2.45 billion in outstanding debt according to its September 30 balance sheet while having $198 million in cash.

In October, Pennsylvania became the fourth state in the US, and the first since 2013, to legalize online gambling. So it’s no surprise to see operators such as the Stars Group set their sights on a fresh market. By a vote of 109-72, Pennsylvania’s House passed a massive gambling expansion bill that included online casino games as well as internet poker and daily fantasy sports.

According to the Stars Group’s chief legal officer Marlon Goldstein, the company intends to apply for a license, at the cost of $10 million, and explore partnership opportunities with one or more of the state’s 12 land-based casinos.

“With a population almost twice the size of New Jersey, Pennsylvania is poised to become a significant marketplace for iGaming and a potential boost to our U.S poker business (as) Pennsylvania is expected to share liquidity with New Jersey and other U.S states (as they regulate),” Stars Group CFO Brian Kyle said on an investors conference call.

“We are optimistic that Pennsylvania will be a catalyst for other U.S states to continue the momentum of iGaming regulation in the U.S.”

When online poker was being considered in Pennsylvania, concerns lingered that they might get locked out by a bad actor clause. With no such clause, the Stars Group is free to apply for a license, and given they are already licensed in nearby New Jersey, after an extreme vetting process by the New Jersey Division of Gaming Enforcement, chances are they’ll be approved quickly.

According to early estimates, online gaming in Pennsylvania could produce $307 million in annual revenue, with $113 million of that going to the state. The Stars Group will certainly want their piece of the pie, but will have to vie with other operators such as WSOP.com, 888poker, and Partypoker.

So they’re hoping for 1.3B in net revenue this year alone. But;
“Big revenue aside, the Stars Group has $2.45 billion in outstanding debt according to its September 30 balance sheet while having $198 million in cash.”

I really don’t get this. This is a good news story, right?