The World Series of Poker (WSOP) and Poker Central have announced the commentators and play-by-play experts who will bring some color to this year’s live broadcasts. 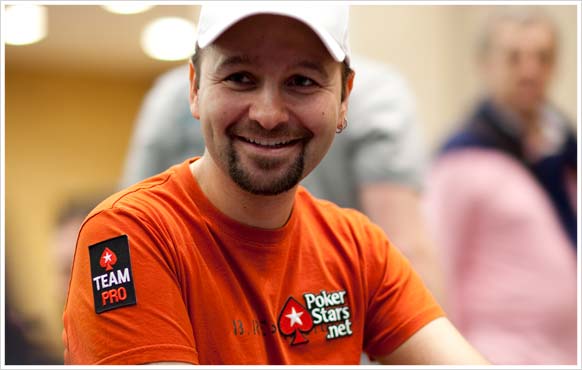 Daniel Negreanu will be among the expert players helping to bring this year’s WSOP live streams to life. (Image: PokerStars.com)

Following the launch of its new subscription streaming service, PokerGo, Poker Central has put together a combination of experienced hosts for its online coverage.

As ever, veteran WSOP commentators Lon McEachern and Norman Chad will be covering all the bracelet events as they happen throughout the Series.

As part of PokerGo’s coverage of the summer festival, McEachern and Chad will be joined be a host of pros as they talk through events such as the High Roller for One Drop, the Seniors event and the $10,000 6-max.

By the time the Main Event gets underway July 8, the PokerGo hosts will switch as McEachern and Chad man the desk for ESPN’s live coverage of the $10,000 tournament.

This will be the first time ESPN is showing live footage from the Main Event, so while McEachern and Chad cover the commentary duties, it will give Ali Nejad and Schulman the chance to lead PokerGo’s coverage. As will be the case with other bracelet events, PokerGo’s Main Event content will be available to subscribers only.

All streams will be available for desktop and mobile users and will cover everything from the action at the table to sideline reports and player interviews.

Helping with the on-table action will be a host of famous pros, including Daniel Negreanu, Phil Hellmuth, Doug Polk and Antonio Esfandiari.

For sideline reports and player interviews, Joe Stapleton, Kara Scott and Tatjana Pasalic will be adding another dimension to proceedings.

Between Poker Central’s online coverage and ESPN’s broadcasts, the WSOP’s organizers expect this year’s action to reach “millions” of poker fans around the world.

Moreover, as well as being the most covered WSOP festival of all time, the new broadcast options should help expose the game to new audiences.

In 2016, 1.4 million people (a record average) streamed the Super Bowl on a per minute basis, while Defy Media found that young viewers new watch 2.5X more online video than TV. With more people now tuning in online, this year’s WSOP streams could not only hit record viewing figures, but bring more people into the game.

To subscribe to PokerGo, fans can either pay $99 for an annual pass or $10 for one month’s access to the service. For that price they’ll get HD streams of this year’s WSOP bracelet events and Main Event, as well as mobile streaming, a video library and original program content later in the year.