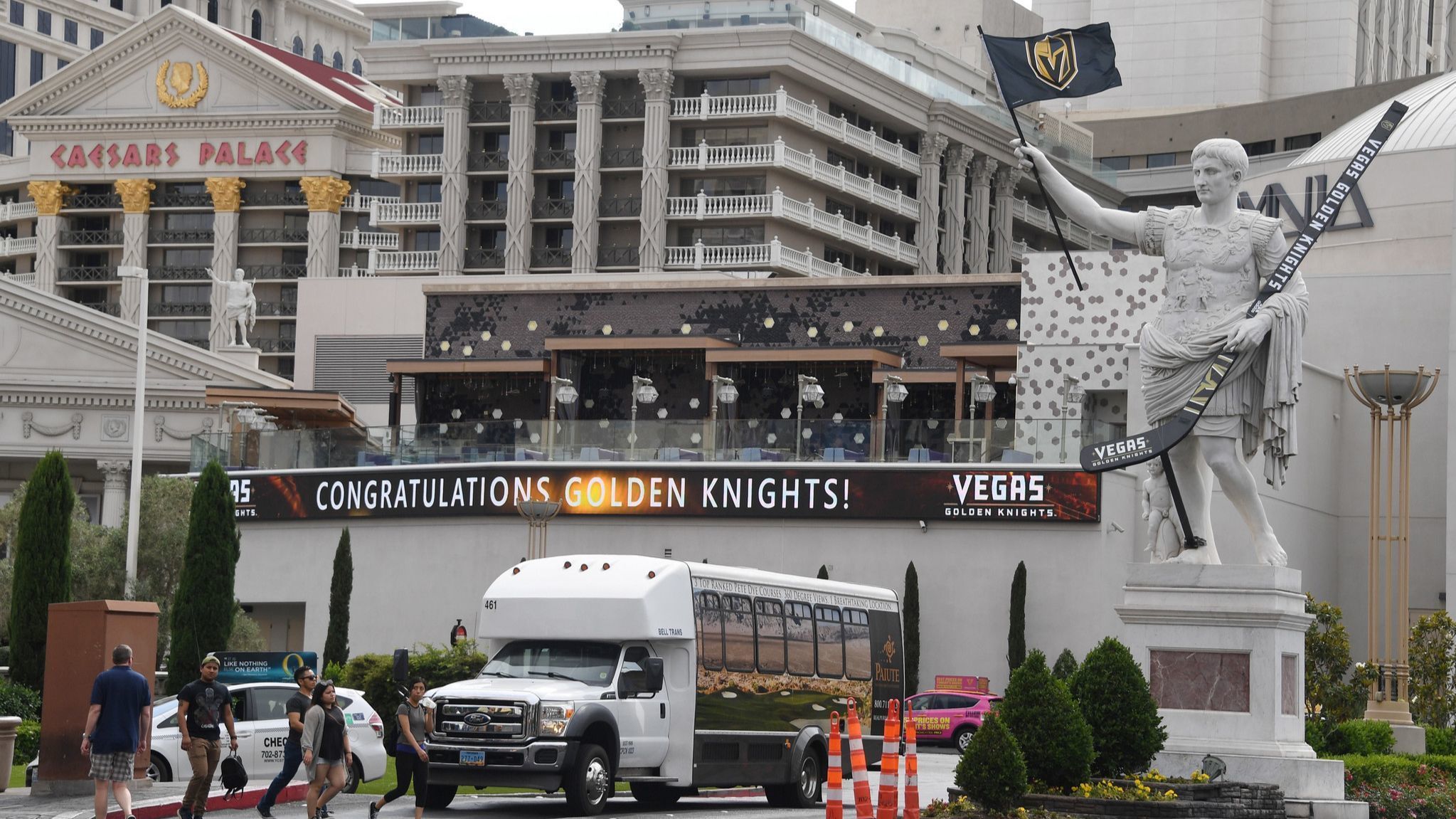 Las Vegas is fully behind the Golden Knights heading into the Stanley Cup finals, with displays like this one in front of Caesars Palace showing up throughout the city. (Image: Ethan Miller/Getty)

This has already been a season of seemingly endless firsts for Vegas. They’ve set records for the number of wins and points for a first-year expansion NHL franchise, became the first modern expansion team in any major North American sport to win a division in their opening season, and were the first NHL team ever to sweep their first playoff series in their inaugural season.

But all of those accomplishments would pale in comparison to a Stanley Cup title for the Golden Knights, an outcome even the team itself could not have foreseen going into their first season. At the start of the season, sportsbooks were offering odds of up to 500/1 on Vegas winning a championship, leaving local bookmakers on the hook for millions should the team finish their magical run.

The Golden Knights may be just one step away from one of the most unlikely championships in modern sports history, but even now, they’re trying not to think about what might happen if they manage to get past the Capitals and bring the Stanley Cup to Las Vegas.

“I don’t like thinking too far ahead,” said goalie Marc-Andre Fleury, who already has three Stanley Cup wins with the Pittsburgh Penguins. “I don’t care what happened before and stuff. We’re so close. I want to win. I want to be a part of this team winning the Cup. That’s all that matters.”

There’s nothing but support for the team no matter where you look in Las Vegas, with some institutions even ridding themselves of anything that might be seen as a reference to their opponents. The sandwich chain Capriotti’s has changed its name to “Knightriottis,” while Clark County officials have rallied behind the #nocaps movement, avoiding even the use of capital letters on social media.

Does that mean that the Capitals are nothing more than the villains in the Golden Knights’ Cinderella story? Not quite. Washington is trying to write the ending to their own fairy tale, one that has caused plenty of heartbreak for Capitals fans in recent seasons.

Washington superstar Alex Ovechkin has been with the team for 13 years, a career that has been plagued by the perception that the Capitals have consistently choked in the playoffs. Now, Ovechkin has reached his first ever Stanley Cup Final, and he intends to take full advantage of that opportunity.

“I feel very happy, but we’re not finished yet,” Ovechkin said after the Capitals finished off the Tampa Bay Lightning in Game 7 of the Eastern Conference finals. “We’ve been waiting for this moment a long time.”

With compelling storylines for both teams, it might be tough for neutral fans to decide who to support in the series. But even those who can’t pick a side should get to enjoy some great hockey, as bookmakers aren’t giving either team much of an edge.

For instance, the oddsmakers at Coral have made the Golden Knights a favorite, but only by the slightest of margins. They’ve posted Vegas at 10/13 to win the Stanley Cup, while Washington is offered at 11/10 to emerge victorious.

It is really hockey rush for Las Vegas and I think many people are happy that these games will be held in this city! I ll definetely cheering for Golden Knights and may be make some bet for their win!!!GG

“At the start of the season, sportsbooks were offering odds of up to 500/1 on Vegas winning a championship, leaving local bookmakers on the hook for millions should the team finish their magical run.”