War of Words: ‘Speech Play’ Kassouf vs. ‘The Mouth’ Matusow on Poker After Dark

Close your eyes and imagine a televised poker show with both Mike ‘The Mouth’ Matusow and Mr. Speech Play himself, William Kassouf. At 5 pm PT Tuesday, flip over to the PokerGO app and open your eyes to see both these motormouths competing in a live high-stakes Sit & Go on Poker After Dark. 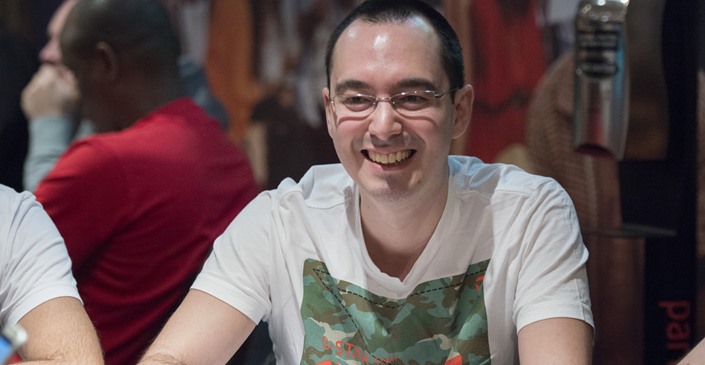 William Kassouf will make his PokeGo debut on the new Poker After Dark on Tuesday night. (Image: highstakesdb.com)

Kassouf and Matusow will join Jean-Robert Bellande, Matt Berkey, David Williams, and Nick Schulman at the table, each putting up $25,000 to play, inside a special suite at Aria Resort and Casino in Las Vegas. Tuesday’s episode will be the fourth in the reboot season of Poker After Dark.

It will be Kassouf’s debut appearance on the iconic late-night poker show. Matusow, on the other hand, was a regular on the show since 2007, and will be making his 18th appearance. His goal, beyond winning, may be to ensure Kassouf checks his privilege at the table.

Kassouf uses what he calls “speech play,” conversing during a hand, to get inside his opponent’s head. He became famous during ESPN’s 2016 WSOP broadcast for pushing the rules of table talk during a hand to the limits.

He even received a penalty after tournament director Jack Effel said his banter in a hand against Stacy Matuson had crossed the line of appropriateness. He later busted in 17th place with kings against Griffin Benger’s aces in what some referred to as “karma” for his questionable behavior at the table. Love him or hate him, and it seems most poker fans have chosen either or, it’s must-see TV when the Brit is at the table.

Matusow, one of poker’s most prominent “bad boys” during the poker boom era, likes to hear himself talk as much as Kassouf. He wasn’t dubbed “The Mouth” for the size of his lips. The four-time WSOP bracelet winner will be the most accomplished tournament player at the table having surpassed the $9 million lifetime mark this year.

But these two are not the only talkers at the table who will be charged with keeping poker entertaining for five-plus hours of live coverage. Joining them will be Williams, the 2004 WSOP Main Event runner-up and also second-place finisher on the cooking show “Top Chef,” as well as Bellande and Schulman, all of whom can carry a conversation.

Tuesday’s show, if nothing else, will be entertaining, especially if Kassouf pulls off one of his trademark bluffs, then turns over his hand and screams, “nine-high like a boss.” Or, if Matusow loses a bad beat and has one of his patented blowups. We can only hope.

Poker After Dark will return on the following day with a (mostly) new cast of characters. On Wednesday, Schulman will again compete, and be joined by Scott Seiver, Brian Rast, Jason Koon, and the 9th place finisher in the 2017 WSOP Main Event, Ben Lamb.

This table, an extremely talented bunch, will seem tame compared to Tuesday’s episode. These players are a bit more reserved than tonight’s group, but you’d be hard-pressed to find a more talented table elsewhere in the world. Seiver and Rast each have more than $20 million in live tournament winnings, and Koon could hit the $10 million mark with a victory in this $25,000 buy-in Sit-n-Go.