California online poker may have missed the boat this year, but a new event being sponsored by four of the best-known card rooms in the state may perk up Golden State players’ spirits a bit. Kicking off on September 18, the Southern California Poker Championships will be hosted at the Gardens Casino, Bicycle Club, Commerce, and Hustler casinos, in what’s a new format for an event of this kind. 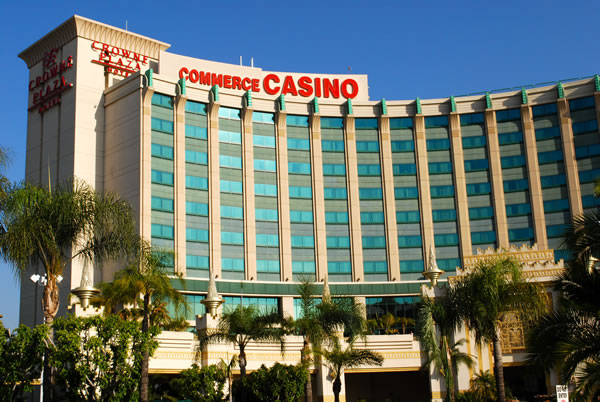 A $3 million guaranteed prize pool and a minimum first place prize of $500,000, plus a Mercedes, should draw plenty of interest to the unique events.

The PR efforts for this event are a tad unusual, in that no press releases of any kind appeared to have gone out, at least that this reporter could find. The only mention of this event seems to be in one of the tour’s sponsor’s news sites, CardPlayer. With just 10 days to go to kickoff, we’re not sure if this indicates it was hastily organized at the 11th hour, or if trying to coordinate buzz between four casinos was simply too mammoth an undertaking to pull off in advance.

Even the individual properties themselves seem to have buried the event somewhat on their tournament promotion pages, oddly.

Day One begins on September 18 at the Gardens Casino (aka the Hawaiian Gardens). There is a total of 64 Day One starting flights between the four casinos going until November 12.

A $350 buy-in should attract a broad spectrum of players, who are eligible to enter as many flights as they want. Even if a player bags chips in one flight, they can still enter another session. Should a player advance to Day Two in multiple flights, the biggest stack will carry over. A bonus will be awarded to those who bag multiple times.

The top 10 percent in Day One will receive at least $600, while the top eight percent gets a minimum of $700, and $800 or more is awarded to those in the top six percent. That six percent only also moves on to Day Two.

Gardens hosts Day One flights September 18-25. The Bike follows suit October 1-8. Next, Hustler holds Day Ones from October 21-28. And then the tournament moves to the Commerce from November 5-12.

Moving On to Day Two

For players who don’t feel like participating in Day One and to whom bankroll is just fun money, you can skip the first day entirely and pay a much more substantial $4,500 to enter Day Two. If you choose this path, you’ll start with 210,000 chips at the 1500/3000 blind level.

Day Three is the final session before all players head to The Bike for Day Four, and a chance to win the big bucks. Day Four will begin on December 14 with the final 36 players vying for the title and at least $500,000. A champion will be crowned December 15.

It’s rare for competing casinos to team together to host a poker tournament. Or anything else, for that matter.

On top of the already massive tournament, the card rooms are offering a $100,000 guarantee free roll to the top 50 point earners during the Southern California Poker Championships. That will be held on December 13. We’re not sure how that works when some players will still presumably still be at the Bike for the big money, but that’s just part of the mystery of this whole event, it seems.

I have played all 4 of those places. They are my local card rooms. I live in the middle of them.

I will guess that this first time will be as much a detail working out season as anything, thus the less than exciting promos for it.

The 2nd annual SoCal PC will be the real test. And then it might turn into the monster I think those card rooms hope for when online poker can provide the hundreds (1000’s ?) of satellite seats an event of this scope needs.