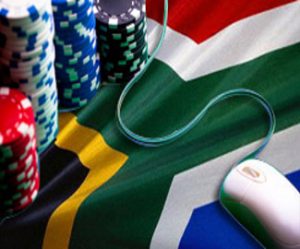 South Africa wants to impose a complete ban on online gambling and all other forms of betting. (Image: casinoaffiliateprograms.com)

South Africa’s online gaming market could be facing a devastating blow as the country’s Department of Trade and Industry is looking to ban online gambling. With a constantly fluctuating market, countries that regulate Internet gaming often adjust the policies surrounding it.

Whether a new restriction is imposed to help increase tax revenue or to better protect citizens’ well-being, the government is usually split on how to handle and regulate the complex market.

For the South African government, all forms of online gambling could fall under this proposed ban, including other forms of gambling and betting.

This proposal is currently being discussed at the National Gambling Policy Council. The Council consists of high-ranking officials who represent the national and provincial governments of South Africa.

In addition to the online gambling ban, the Department of Trade and Industry is looking to restrict how many electronic bingo machines are allowed in the country. The National Gambling Policy Council has yet to finalize the proposition’s draft. Once completed, the draft will be submitted to the Cabinet for approval, where it will also be released to the public for comment.

Reasons for the Ban

Zodwa Ntuli, the department’s deputy director general and MacDonald Netshitenzhe, the chief director, explained the reasoning behind the proposal to members of Parliament. According to a report from bdlive.co.za the online gambling ban is “based on the view that the government had the capability to enforce regulations of the industry.”

There was also a desire to limit gambling in the forms that currently exist in South Africa.

Netshitenzhe explained that there was no way to quantify how online gambling can benefit the creation of jobs. He also made a point to mention that other countries across the world had placed bans on online gambling. Ntuli said that part of the department’s desire to impose a ban is because South Africa has a higher level of problem gamblers and players deeply in debt in comparison to other countries.

Part of the proposal is to introduce tighter control over South Africa’s ease of access when it comes to gambling, such as eliminating the ability to gamble in shopping malls. Included in the proposal is a method of regulating betting on horse races. To enact most of these plans, the gambling industry would have to be greatly adjusted, especially in how licenses are issued to operators.

South Africa’s Democratic Alliance spoke out against a complete ban of online gambling, instead identifying regulation as a better option.

“That is a very, very bad decision,” Democratic Alliance spokesman on Trade and Industry Geordin Hill-Lewis said. “I fiercely disagree with that view. It is completely shortsighted to say that it is better for South Africans not to be allowed to gamble online when there is patently significant demand in the country to do that. It is for government to facilitate that in the safest way possible.”

Hill-Lewis argues that an online gambling ban would require a huge amount of resources for South Africa to ensure that the policies are enforced. However, Ntuli admitted that the objectives of national and provincial governments were conflicting. South African provinces allow the operation of electronic bingo machines despite the lack of a national policy for them. Because of this, Trade and Industry Minister Rob Davies halted the issuing of any future licenses. No date was given on when the proposal will be finalized and submitted for approval.

Is it possible that the real reason they are banning online gambling is because they are missing out on tax revenue? I am very reluctant to believe that they care about their citizens having a gambling problem. After all, most countries in the world have government run lotteries and/or scratch tickets etc. which are a terrible ROI for the customer but good for the government.

This online gambling saga has been going on for some years now – When Piggs Peak were still open to South African Citizens, the Government received plenty Tax Revenue, but clearly not enough. I personally played online for a while as I was housebound and they certainly kept an eye on my every move regarding depositing and withdrawals – Unless I had a valid Financial Institution through which I could withdraw, I would never have been able to get my money out, and unless my I.D. details and my Bank account linked with the correct information I would also not have been able to withdrawn any funds – so with only that minor detail one wonders and questions what it really is that they (the Government) are wanting.

I agree with “That Guy Says” in that I too am not sure about their concern for the public, but rather their concern about how much they can milk whoever for whatever, especially in view of the fact that Online Casino’s already have in place personnel who are trained and very capable of picking up possible problem areas with their online players.

Yes there will always be those that are able to buck the system, cheat, lie and steal, but they do get caught out eventually. There is also more verbal advertising out there to assist anyone that may see themselves as having a gambling problem as there is for someone who may have a drinking or smoking problem – drinking and smoking problems to the best of my knowledge has caused more deaths than a gambling problem!!!!!

One has to wonder what is all behind this ban – Who is getting what or who is wanting what – certainly the man in the street seems to have no say even though its our money and we are suppose to have freedom of choice.