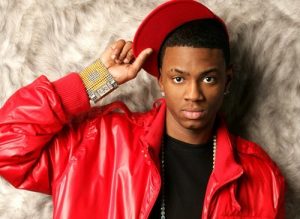 Hip-hop artist and tattoo fan, Soulja Boy, has an interest in the online poker world according to recent reports.

The American musician has a number of business interests outside of the rap game, one of which is World Poker Fund Holdings (WPFH).

Formed earlier this year, the company is Soulja Boy’s attempt to reinvigorate the general public’s interest in poker through a range of online, live and TV initiatives.

According to WPFH’s mission statement, it wants to make poker more entertaining and accessible.

WPFH Infiltrating All Areas of the Game

To achieve this goal, the fledgling company is working with Native American tribes in California to help petition for various laws, including online poker.

Moreover, should iGaming regulation pass in California, WPFH would be ready to enter the market with a product of its own

In fact, the appointment of Martin Owens is another step towards these goals.

Announced earlier this week, the hiring of Owens to the role of chief advisor will allow WPFH to forge new relationships with Native American tribes across the US.

Being an expert in online gaming laws since 1998, Owens will not only use his position to help raise funds and petition federal authorities, but he will be a key advisor in WPFH’s online poker efforts in the event that iGaming is legalized within the state.

Although there have been a number of recent setbacks, experts still believe that iGaming regulation in California is more a case of when than if, and when the industry does go live it will be Owens and WPFH looking to grab a slice of the action.

A Host of Poker Innovations

Having a celebrity investor in the form of Soulja Boy has already helped the company create a number of initiatives in the live poker world, including reality TV shows such as Poker Boss and America Loves Poker, and it is hoping this reputation will give it a footing in the online gaming world too.

Commenting on the project, Owens stated that his aim is to improve online poker as an industry both in California and the US as a whole.

“This is a very exciting project. The players, the technology, the platforms are all coming together right here in California. It’s time to bring online poker up to its full potential, in the USA and all over the world,” explained Owens.

Naturally, before Soulja Boy and his company can march forward into the iGaming arena, California regulators will need to agree on the right course of action.

At the start of July Assemblyman Mike Gatto announced that he was giving up on his effort to have online poker regulated because there was no clear consensus on the issue.

This news came as a blow to those with interests in the state; however, despite this setback, many are still confident that regulation will pass within the coming months.

The face of online poker. Sigh.