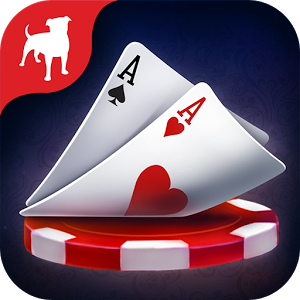 Zynga Poker: With figures like that, who needs real-money poker? (Image: Zynga Inc.)

Zynga Poker surprised a lot of people when it pulled out of the real-money poker market in the US. Here was Facebook’s biggest social gaming developer, with literally millions of customers, poised to enter and quite possibly dominate the newly regulated American online poker market. Convert just a tiny percentage of those hordes of Zynga players, and we could have another poker boom on our hands, we marveled.

And yet, suddenly Zynga decided that, actually, it was doing just fine without real money.

“Zynga believes its biggest opportunity is to focus on free-to-play social games,” the company stated simply and shelved the idea of real-money online poker domination forever.

When you look at the figures you can see why. Gambling regulation is messy, complicated and subject to the whims of lawmakers. Social gaming, on the other and, is largely inoffensive, inexpensive and absolutely, unutterably huge. And according to a report released recently by research company Research and Markets, it’s about to get bigger.

An average of 200 million currently play social games online per month, and that figure is expected to double over the next five years, says the report. In fact, the study believes that by 2019 the social gaming industry will be worth $17.4 billion. With figures like that, who needs real-money poker?

There are several factors that have been driving this growth, the main one being the speed of global mobile technology adoption over the last few years. That will continue to rise over the next five years, claims the report, which will in turn see the social gaming market grow at a rate of 16.1% from 2013 to 2019.

One Third of Internet Users

Social gaming customers spent more than 50% of their social media time on playing games, the report found, and part of the reason is that it’s a low-cost activity. “People have always been attracted to video games and these console based games come at prices that is not affordable by common man,” it says.

It also predicts that one third of Internet users will be social games players in 2014. So it’s not really about Zynga looking to enter the gambling space, but the other way around, as evidenced by Caesars’ Interactive’s willingness to invest $90 million in a small social casino games developer called Playtika, a start up with a negative cash flow. The acquisition, said Caesars, would help it with its long-term ambition of becoming the “the number one in casino and social games on Facebook.”

It has a very long way to go to catch Zynga.

Once we buy chips from zynga poker we are under their rule and regulation.. we cant do anything incase if something happens such as someone steal our chips or they make you banned. In live support they promis to get back in 8 hours.. never replay’s back.