Tom Dwan has confirmed he’ll be in the mix when the new season of “High Stakes Poker” airs on PokerGo in December. Not only that, he’s provided a sneak peek of the action. 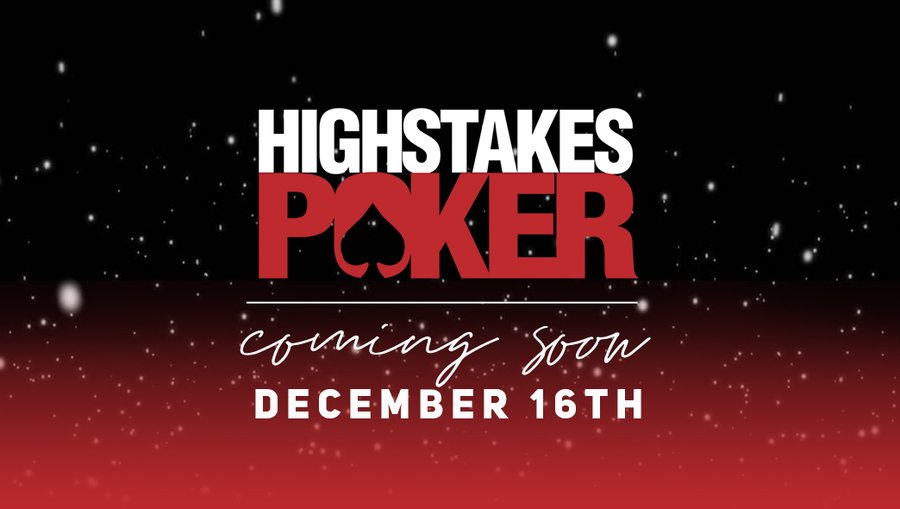 Tom Dwan has given us a glimpse into what the new season of “High Stakes Poker” will be like. (Image: Twitter/PokerGo)

The historically elusive Dwan has become much more of an open book in recent years, giving fans insight into his lifestyle, and those of other members of poker’s elite.

The American’s most recent tweets have provided a glimpse into the forthcoming reboot of “High Stakes Poker.”

We know that the new season of the legendary poker show will air on PokerGo. We also know that the first episode will go live on December 16. Now, thanks to Dwan, we know some of the famous faces in the game.

In addition to the man himself, the televised high-stakes cash games will feature Phil Hellmuth, Phil Ivey, Brandon Adams, and Jason Koon.

Fans of the original “High Stakes Poker” know Hellmuth, Ivey, and Adams were all firm fixtures of the show. This tells us that Poker Central and producer Mori Eskandani is keeping the reboot as authentic as possible.

Naturally, the lineup won’t be exactly the same. Some pros who were once riding high, such as Dario Minieri and Ilari Sahamies, are no longer at the top of the game. Moreover, some of the old guard, like Doyle Brunson, are less active than they once were.

Although some past fan favorites may make an appearance, nothing has been confirmed. However, even if some of the originals are missing, the show looks set to bring back memories of poker’s golden age.

Long before private games in Macau and the rise of super high roller events, “High Stakes Poker” broke the mold. It wasn’t the first poker show on TV, but it did redefine the genre when season one aired in 2006.

Never before had fans seen the game’s elite compete for pots in excess of $100,000. In essence, “High Stakes Poker” pulled back the curtain and showed people what goes behind closed doors in the world’s biggest cash games.

The main attraction was always the money in play. However, the original “High Stakes Poker” also shone a light on each player’s personality. The in-game dynamics were brought to the fore by commentators AJ Benza and Gabe Kaplan.

Details on the latest series are scant, so we don’t know who’ll be behind the mic. However, if the plan is to capture as much of the old magic as possible, fans would certainly welcome back the dynamic duo.

Of course, the commentary pales in comparison to what goes on at the felt. Over the years we’ve seen some truly memorable hands. When David Benyamine took on Cirque du Soleil founder Guy Laliberte, it resulted in a pot worth more than $1 million.

Then, of course, we can’t forget the time Daniel Negreanu went on the most public downswing in history. (see video above).

Dwan has also been in his fair share of memorable “High Stakes Poker” hands. Arguably, his finest moment was when he bluffed Phil Ivey out of a pot worth more than $675,0000 (see video below).

Will we see more moments like that this time around? Dwan’s tweets suggest there’s more than enough money and talent in play to make the new season of “High Stakes Poker” a hit.