The Sky Poker Tour might have been stopped in its tracks earlier this year, but organizers haven’t given up completely. Despite a COVID-induced delay, Sky Poker will host a special online event this September. 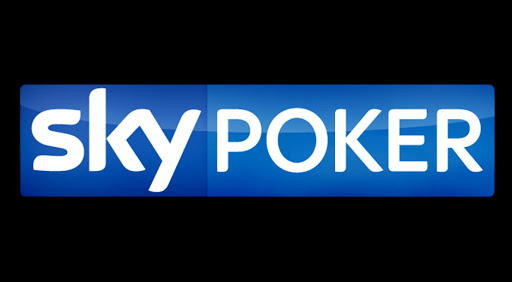 Sky Poker Tour Online will take place between September 5 and 6. The buy-in will match the tour’s regular entry fee of £220 and there will be a £50,000 guarantee.

Entry will be open to players in the UK and, for intents and purposes, the online event will replicate the live tournament it’s replacing. Blinds will increase every 30 minutes, and a maximum of two re-entries are allowed.

Adapting to the Times


Sky Poker was forced to cut its live tour short due to COVID-19. It managed to host an event in Manchester just before the UK went into lockdown on March 23. However, everything after that was put on hold pending a return to normality.

In postponing its live festivals, Sky Poker won’t return to Las Vegas this year. In the past, Sky Poker has given its tour more allure by hosting the season finale, complete with hospitality and VIP parties, in Sin City. These plans have been put on ice, but Sky Poker wants to keep the embers burning with an online offering.

As it often does, social media has thrown up some unexpected reactions. Although the promise of a £50,000 guarantee is considered a positive by many, one Sky Poker regular wasn’t happy.

Is this the big announcement? So something for high rollers then and not the average player?

The comment could well be a response to the recent glut of MTTs aimed at professionals. As a reaction to COVID-19 restrictions, poker companies have created events specifically for circuit regulars.

The WPT and WSOP have done their best to cater to all players through their online tournament series. Sky Poker is doing the same with its online event by running a series of satellites.

Overall, there’s been a bias toward high buy-in tournaments. This, coupled with almost five months of non-stop action, has caused a certain amount of overload. Signs of fatigue are setting in, but operators are reacting to the situation.

PokerStars’ 2020 WCOOP won’t feature any events on Fridays. That’s a change from previous years and will give regulars time to rest during an unusually busy time. Considerations such as this will be crucial if poker is going to thrive in a post-COVID world.

Even though live poker is returning, the tournament scene may have changed forever. In the UK, Genting announced the closure of its live poker rooms in June. As other operators scale back and rethink their business models, online majors are likely to become a permanent fixture on the annual calendar.

That’s a positive for the industry as a whole. However, to avoid MTT fatigue, operators will have to space out their events if they want to maximize this new version of normal and avoid upsetting players.