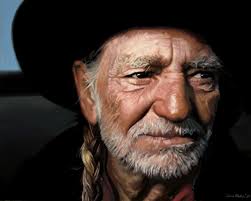 Taking down pots…with pot. Willie Nelson has ‘fessed up to having a penchant for some very high-stakes poker. (Photo: AFP)

Willie Nelson might be worth millions of dollars from his singing, but there’s nothing he likes better than taking down massive pots stoned.

In a bare-all interview with Wil S. Hylton in New York Magazine, the 82-year-old country singer has owned up to indulging in some very high-stakes poker, with the emphasis on the ‘high’.

“Nelson is famous for smoking new friends to oblivion and then challenging them to a few hands of high-stakes poker,” Hylton writes in this week’s piece which delves into Willie’s battle with “Big Pot” as he pursues a new venture as legal pot grower and distributor.

“Willie’s game is cash-only, and all debts must be settled at the table,” he continues. “This has led to stories among his intimates of the time he refused to let [Hollywood actor] Woody Harrelson leave the room until he could deliver $40,000 in cash.”

It’s no secret that Willie has a tolerance for weed that surpasses most people on the planet. Long concerts may be preceded by two dozen joints.

But it’s his poker-playing pals who have been on the brunt of his high-stakes action. US singer Jack Johnson even penned a song about Nelson that included the immortal line: “Willie got me stoned and took all my money.”

In fact, Nelson first hooked up with his latest collaborator, Merle Haggard, over a game of poker at the country legend’s home in Nashville over 50 years ago. Nelson and Haggard released their Pancho & Lefty CD this year and the pair played sold-out concerts over the summer.

Tales of Woody Harrelson’s losses are nothing new.

In May Harrelson interviewed his good pal for Interview Magazine. The revealing exchange included the gem that Harrelson had lost enough cash at poker to Nelson that he could have built a “Woody Wing” with the winnings at his Maui home.

Arranging a meet-up in Maui, Harrelson replied to Willie’s poker proposal with: “I got a lot to win back.”  “You win a few thousand every day, and it won’t take you long,” responded Willie.

Other Hollywood stars like brothers Luke and Owen Wilson have also been known to attend.

Nelson’s career has spanned 60 years, and the singer has accrued a fortune estimated at around $25 million.

However, the famed stoner has been busy branching into the “budding” legal marijuana market. In 2015, Nelson announced plans to launch his own brand of legal drug, Willie Weed, from his own Willie’s Reserve stable. Recently-legal states like Colorado and Alaska could be set to benefit from what Nelson calls “the best on the market”.

The singer has long been an advocate of legalizing marijuana for recreational use. In April he released a special single to mark the unofficial Marijuana Day with Merle Haggard – “It’s All Going to Pot.” Nelson joins a long line of musicians to take advantage of relaxed state laws on the marijuana trade.

In April, Snoop Dogg was reported to have invested in a California start-up that allows for quicker marijuana delivery.