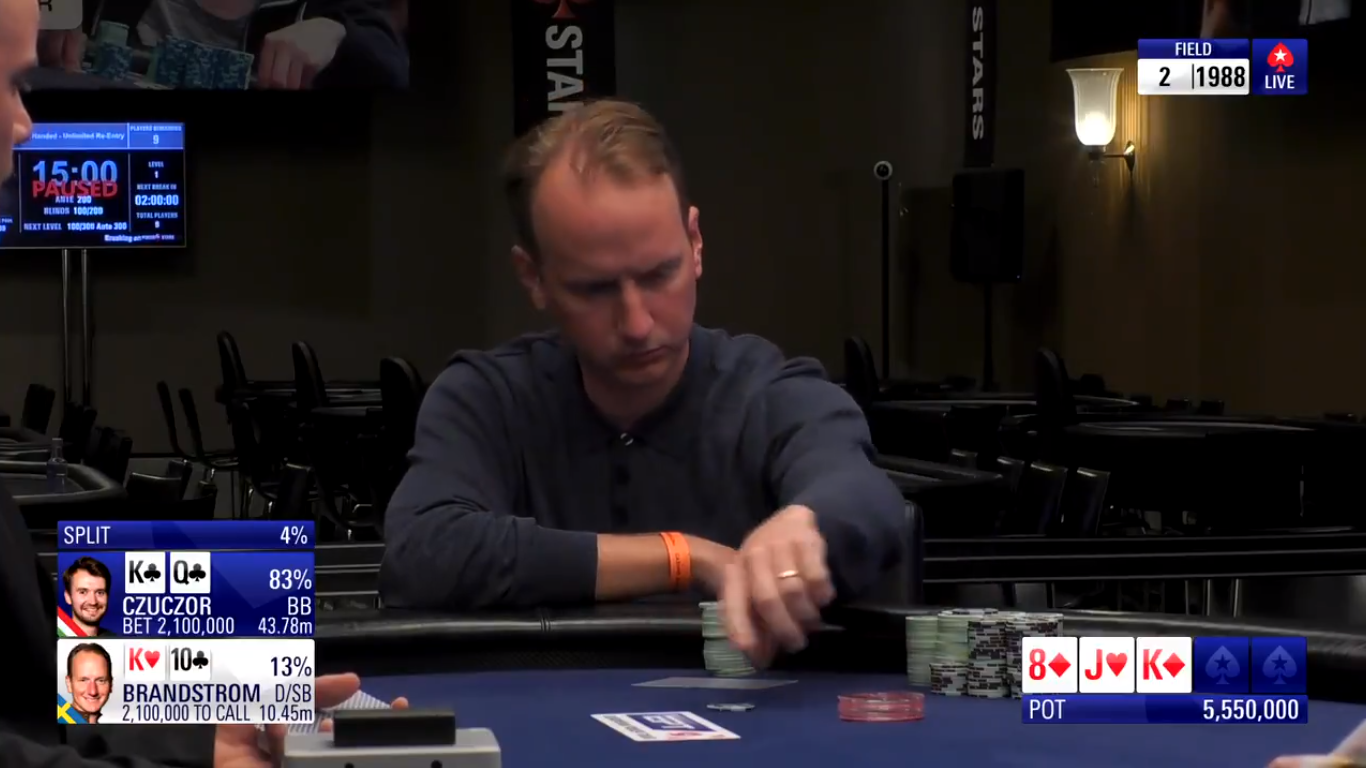 Brandstrom certainly wasn’t a household name prior to this event. But he is no slouch on the felt, having cashed for approximately €800,000 in live tournaments in the past. Now, however, he’s a “major” poker champion, which is something you can’t ever take away from him.

When heads-up play began, Marton Czuczor held a slim lead over Brandstrom. The two millionaire hopefuls agreed to chop all but the €77,000 of the remaining €2.54 million pot.

Czuczor received the biggest cut – barely – at €1,253,234, via a chip-chop. And his opponent was then guaranteed at least €1,212,706. But there was still a bit of cash up for grabs along with an EPT trophy. So, there was incentive to continue trying to win.

Heads-up play started off horrendously for Simon Brandstrom. He went from a slight chip disadvantage to barely treading water. Czuczor quickly turned his slim lead into an 4-1 advantage.

But in tournament poker, whether you’re playing low-stakes or an EPT Main Event, it’s never over until one player has every single chip in play. Just ask Marton Czuczor.

Brandstrom quickly battled back and, before long, regained the lead. And then he began to pull away, turning his lead into a 5-1 advantage. He then finished off his opponent with pocket sixes in a pre-flop all-in race against K-Q when the board ran out clean for him (7-2-9-A-5).

that s a huge amount of money , but he completly deserves , he played very good , strong player , congratulations . now after winning this Simon Brandstrom has become a “Major” Poker champion as referred in the article .

It’s important to remember that Brazil has put a representative on the EPT Barcelona Final Day. Diego Falcone was in fourth place, being the best performance of a Brazilian in the history of the circuit.