Think back to the most brutal bad beat you’ve ever suffered. Now, imagine losing that hand twice in the same pot for hundreds of thousands of dollars. Jean-Robert Bellande shared a video on Twitter of one of the craziest hands you’ll ever see from a cash game at the the Partypoker Caribbean Poker Party. 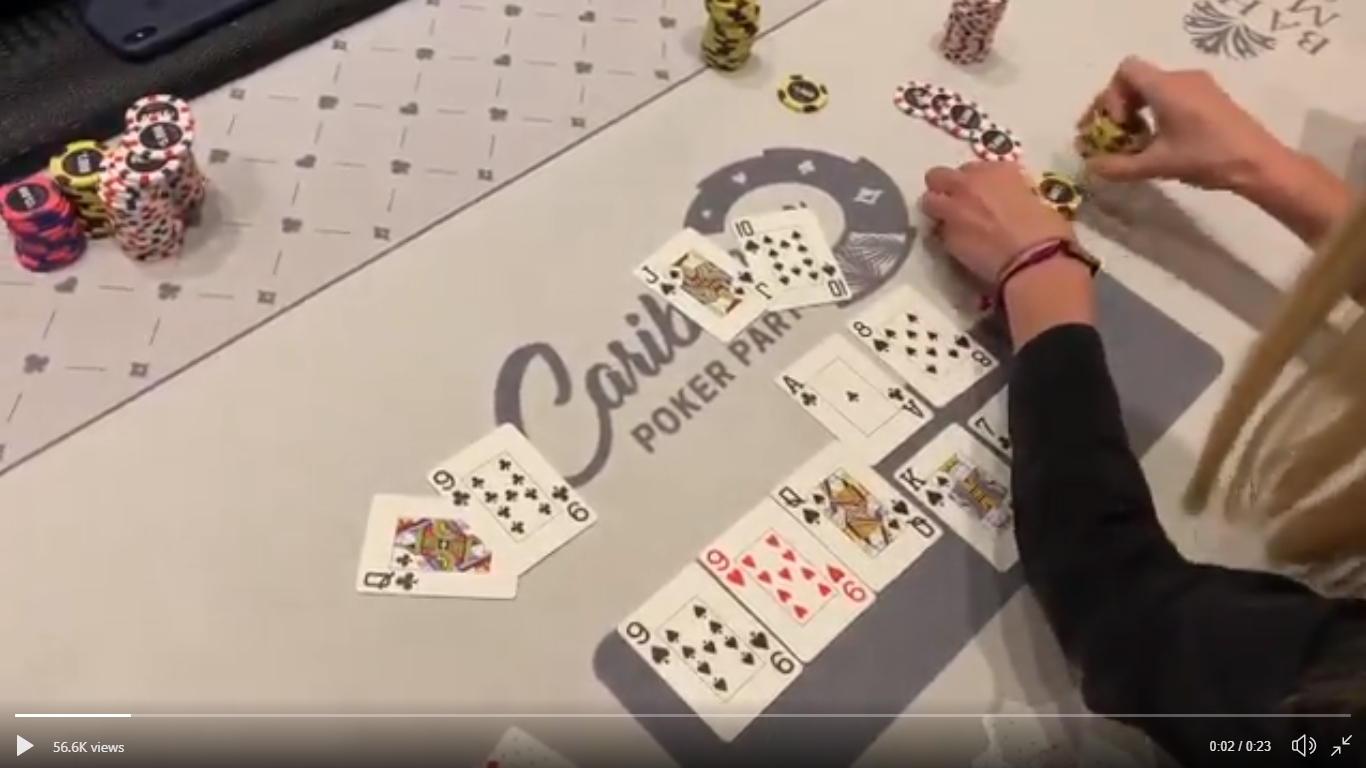 It’s unclear which two players were involved. But it appears Partypoker executive Rob Yong may have been on the winning side of the $400,000 pot. Yong also posted a video of the hand on Twitter.

Jean-Robert Bellande’s video of the bad beat begins after all cards have been turned over. The losing player held Q-9 on a flop of 9-9-Q for a tough-to-beat full house. Only pocket queens could have been ahead at that point.

With $400,000 in the pot, the players agreed to run it twice, meaning the dealer would turn over the turn and river twice. This is a common request of high-stakes players who want to minimize risk. Often times when players agree to run it twice, the pot ends up being split in half. But not in this case.

The player who held Q-9 lost to a suited J-10. How could that possibly happen? Take a look at this wild video taken by Jean-Robert Bellande to get the full scope of the bad beat.

In case you missed it, this happened at our table early this morning: pic.twitter.com/9xuZr9YxdW

On the first run-out, the king of spades hit, giving the player who was trailing in the hand a straight flush. That, as you probably know, dominates a full house. The player with J-10 hit another straight flush on the second run-out when the 8 of spades appeared.

So, one player hit consecutive one-outers to take down a $400,000 pot. What are the odds of hitting two straight one-outers in consecutive two-card run-outs? About half of one percent. It should also be noted that the player also could have won with back-to-back running jacks and 10’s.

Bad beats happen in every poker game in every poker room on every single day. But one-outers don’t hit twice in the same hand in $400,000 pots very often. It’s a cruel game sometimes.

Poker is a cruel game.But in this hand you can see how painful it can be when you play poker !

This belongs in the rigged mega thread, that’s impossible unless the winner saw the patterns. 😀