The $5 million guaranteed Seminole Hard Rock Poker Open in Hollywood, Florida will play down to the final table on Monday. Gulfport, Mississippi’s Patrick Eskandar will head into Day Three with the chip lead at just over 1.9 million. 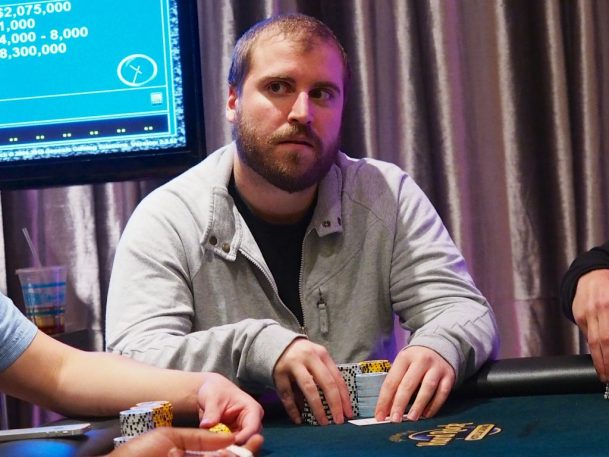 This $5,250 buy-in Main Event tournament is one of the biggest on the east coast of the year, and arguably the most anticipated post-World Series of Poker events on the non-super high roller circuit in 2016. Day Three begins at noon EST Monday, with 38 out of the original 847 entrants remaining.

The championship event buy-ins didn’t quite hit the $5 million guaranteed, which means the casino will be chipping in some money to cover the overlay. South Florida has taken over Las Vegas’ role as the poker capital of the United States this week. And with a boatload of tourism deterrents of late, ranging from masses of water-clogging algae to rampant alligators, you can bet the boost to the area is most welcome.

All the Cool Kids Are Doing It

There have been many familiar poker faces among the SHRPO Main Event crowd, including Jason Mercier, a local poker pro who recently won WSOP Player of the Year. The hometown kid busted on Day Two. His fiancé, Natasha Barbour, was also eliminated on Sunday.

Erik Seidel, one of the best tournament pros of all-time, didn’t have much luck in this event. But he did, as per usual, show a sense of humor prior to the start of the tournament.

“Can’t wait to play Hard Rock tmw. I’ve been cupping every day since the WSOP & I think I’m peaking,” he posted on Twitter, joking in reference to Olympic swimmers like Michael Phelps who use the somewhat odd practice of cupping to prepare for swim meets.

Cate Hall and Asher Conniff were among the other familiar top pros who didn’t advance to Day Three.

Eskandar will have his work cut out for him if he expects to hold onto his chip lead. There are many top pros behind him with plenty of chips to make a run.

Matt Affleck, perhaps best known for his emotional bust out in 15th place at the 2010 WSOP Main Event, is in 5th spot with 1,112,000 in his chipstack. He has over $2 million in lifetime earnings.

He would like to add $1 million, the reward for first place, to his $13 million in lifetime tournament earnings, of course. Eskandar, the chip leader, has slightly over $500,000 lifetime, with most of that coming from his 20th place finish in the 2010 WSOP Main Event.

The tournament is scheduled to conclude on Tuesday. Poker fans will be able to watch the final table live streamed online.