PokerStars couldn’t hide their hand from the poker world any longer. After months of teasing, the company has turned over their cards to reveal their latest spin on Texas Hold’em — and it’s one that they hope even old-school players will get excited about. 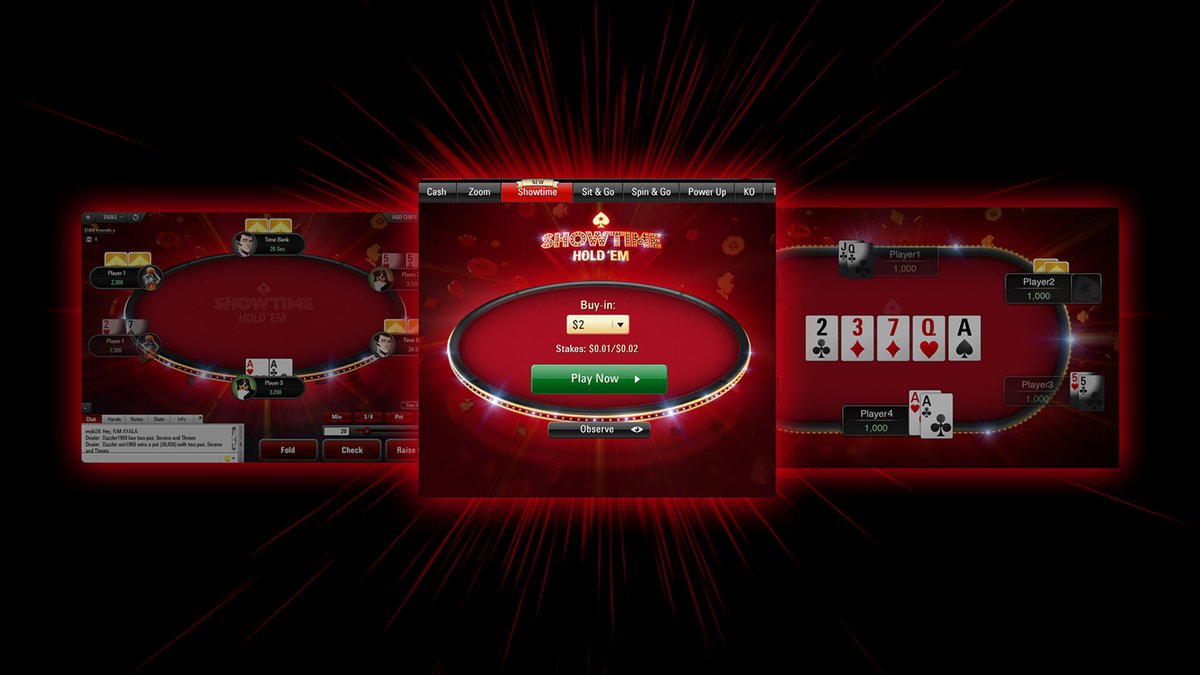 Showtime Hold’em is a new spin on Texas Hold’em that lays all the cards on the table. (Source: PokerStars/Twitter)

Showtime Hold’em is the same game that we all know and love, but with one crucial difference. Instead of your hand going into the muck when its folded, your cards will be revealed for all to see for the remainder of the hand.

It’s a variant that shows much promise, as it’s similar enough to classic hold’em that it won’t scare anyone off, while adding extra layers of strategy to navigate.

Poker is a game of incomplete information. Those who can best fill in the blanks have the best chance of winning over the long run. Showtime Hold’em adds an overwhelming amount of new information, as the you can now see every card that’s been folded.

The most obvious consequence is that you can see exactly how your opponents are playing. Do they fold too much? Are they too loose? Are they overplaying top pair, or playing scared when the straight card hits the board?

All will be revealed, and there’s nowhere to hide your ugly poker habits.

“For a nit like me, this is a nightmare. People are just going to see how pathetic I am when I play this game,” Ben Spragg, PokerStars Team Pro.

Spragg, Lex Veldhuis, and Fintan Hand take the new game for a test run in this video.

The less obvious, but possibly even bigger change in strategy, is how the outlook of a hand changes depending on which cards have been revealed. If you’ve watched any poker training videos or poker streams recently, you’ve no doubt heard commentators talking about using “blockers” to give themselves an edge.

Knowing what cards have been removed from the deck changes the math of the game significantly.

“Even one card makes such a big difference. If the dealer is dealing, and a card accidentally flips up, people already start talking about, ‘yeah, but I saw the 10 out there, and it changes the whole level game,” Lex Veldhuis.

At a six-player table, you could see as many as eight cards revealed, giving players a lot more to think about on every single hand.

“If high cards are gone, it might make a lot of sense to play lower cards, or like a stronger range from early position,” says Fintan Hand.

There is one exception to the rule of revealing. If you win the hand, you cards get to remain a mystery to your opponent.

PokerStars has been testing the game in Belgium, but it’s now available on the international network.

Showtime Hold’em is the latest twist on the classic card game to be tested by the company. It follows a trial run of Split Hold’em, a game that offered two separate community boards on every hand, with the winner of each board scooping half the pot. It was a limited-time variant offering, according to PokerStars, and is no longer available.

We’ll see if Showtime Hold’em finds a similar result. PokerStars isn’t saying how long they’ll run this test, but like Split, is also being offered for a limited run. But industry rumors are suggesting other new games PokerStars intends to introduce include something called “Spin & Goal” (just in time for the World Cup?) and “PokerStars Fusion,” which will be a mashup of Hold’em and Omaha.

For Showtime, plans are in the works for a “Twitch invitational” in he coming weeks, with pros showing off the new game and giving insight into the deep level of strategy that it offers.

Beyond promotion, it could also give PokerStars a glimpse into how many people are curious about the game.

What is the rake on Showtime holdem? The game sounds great. If the rake is unbeatable, I am not interested in the game nor the link.