The Lodge Poker Club in Texas misses its guarantee by a bunch, Andrew Neeme named as a World Poker Tour ambassador, and Bill Perkins dropping a mint on a piece of art are some of the short stacks CardsChat picked up in last week’s orbit of poker news. 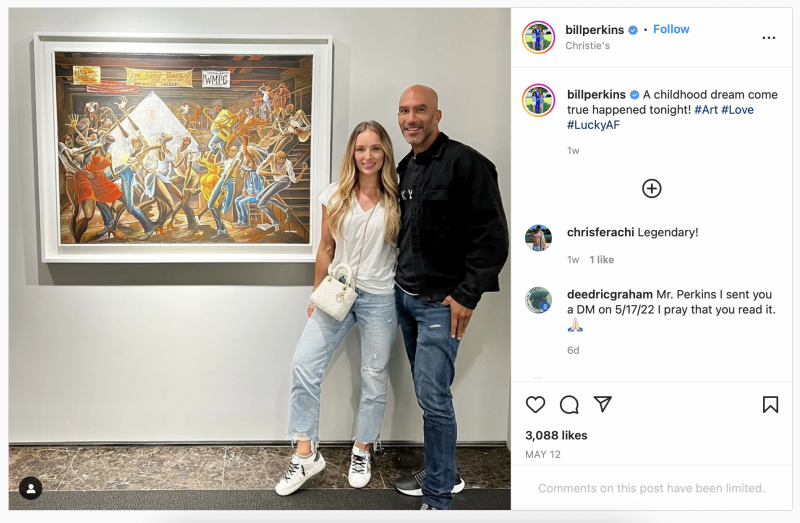 Bill Perkins, high-stakes cash game player, hedge fund manager, movie producer, and author of “Die with Zero: Getting All You Can from Your Money and Your Life” made “a childhood dream come true” when he purchased “The Sugar Shack,” a painting by Ernie Barnes, for $15.3 million.

The 1976 painting by the former NFL football player was bought in a Christie’s auction in New York on May 12, where it was estimated to sell for between $2 and $3 million. But, at the end of a 10-minute bidding war, Perkins helped triple the value and had a new painting to hang at home, where, he says, it’s going.

#AuctionUpdate Ernie Barnes ‘The Sugar Shack sets an auction record for the artist this evening, 27x the previous record set by the artist. After over 10 minutes of bidding by up to 22 bidders, the piece realized $15.275 million. pic.twitter.com/GQOH03vF0a

“The Sugar Shack” was featured in the 1970s TV show “Good Times” and appeared on Marvin Gaye’s “I Want You” album cover.  It’s the most paid for a painting by Barnes, who died in 2009 at 71. Perkins called his purchase a dream come true in an Instagram post.

A New York Bill that would add online casino and poker to its new online sports betting market will have to wait until 2023.

Though the bill was approved by the state’s Racing, Gaming, and Wagering Committee, it stalled in the Senate Finance Committee and won’t be considered this year. The 2022 legislative session ends next Thursday.

Sen. Joseph Addabbo, who was “instrumental in advocating legalizing sports betting in New York,” plans to push the bill again in 2023, according to New York Sportsday.

The professional poker-playing trio who co-own The Lodge Poker Club in Austin is feeling the pain of being on the other side of the felt.

This weekend’s $3,000 Lodge Championship Series missed its $2 million guarantee by $334K. The event attracted 617 entrants (including re-entries), — well short of the 740 needed to just touch the guarantee.

One of those entries was from co-owner Doug Polk, who entered today fifth in chips with six players left, but ended up finishing fourth for $142,000.

Currently at a $550k overlay. The registration for our last flight ends in about 3 hrs and 45 mins. We need 200 more players. We’re likely in a lot of trouble 🤦‍♂️. We had a good run @LodgePokerClub @andrewneeme @DougPolkVids, we had a good run… https://t.co/Uv5EuTEDz1

Andrew Neeme, the popular poker streamer and one of the co-owners of The Lodge, has been added to the team of World Poker Tour ambassadors. He joins his friend and poker room partner Brad Owen, and DJ and fashionista Steve Aoki.

Neeme will attend WPT events around the world and create exclusive content for WPT, which he will surely share with his more than 176K YouTube followers.

We're adding another🌟SUPERSTAR🌟 to our roster! Welcome to the team @AndrewNeeme!

The trailblazing vlogger, creator, and poker player joins his long-time friend @TheBradOwen and will attend his debut event later this year.

On Saturday, May 28, Doug Polk will battle Dan “Jungleman” Cates heads-up, playing $200-400 with a $50K buy-in. The match will be aired through The Lodge’s YouTube channel, but a time has not yet been set.

Got some ideas for Short Stacks? Email Pajich at bob.pajich@gmail.com.