Foxwoods celebrates 30 years in Connecticut, a job fair for vets and their families in New Jersey, and Laurence Fishburne promoting a WSOP app are some of the news bits CardsChat picked up during another orbit around the poker world the past week. 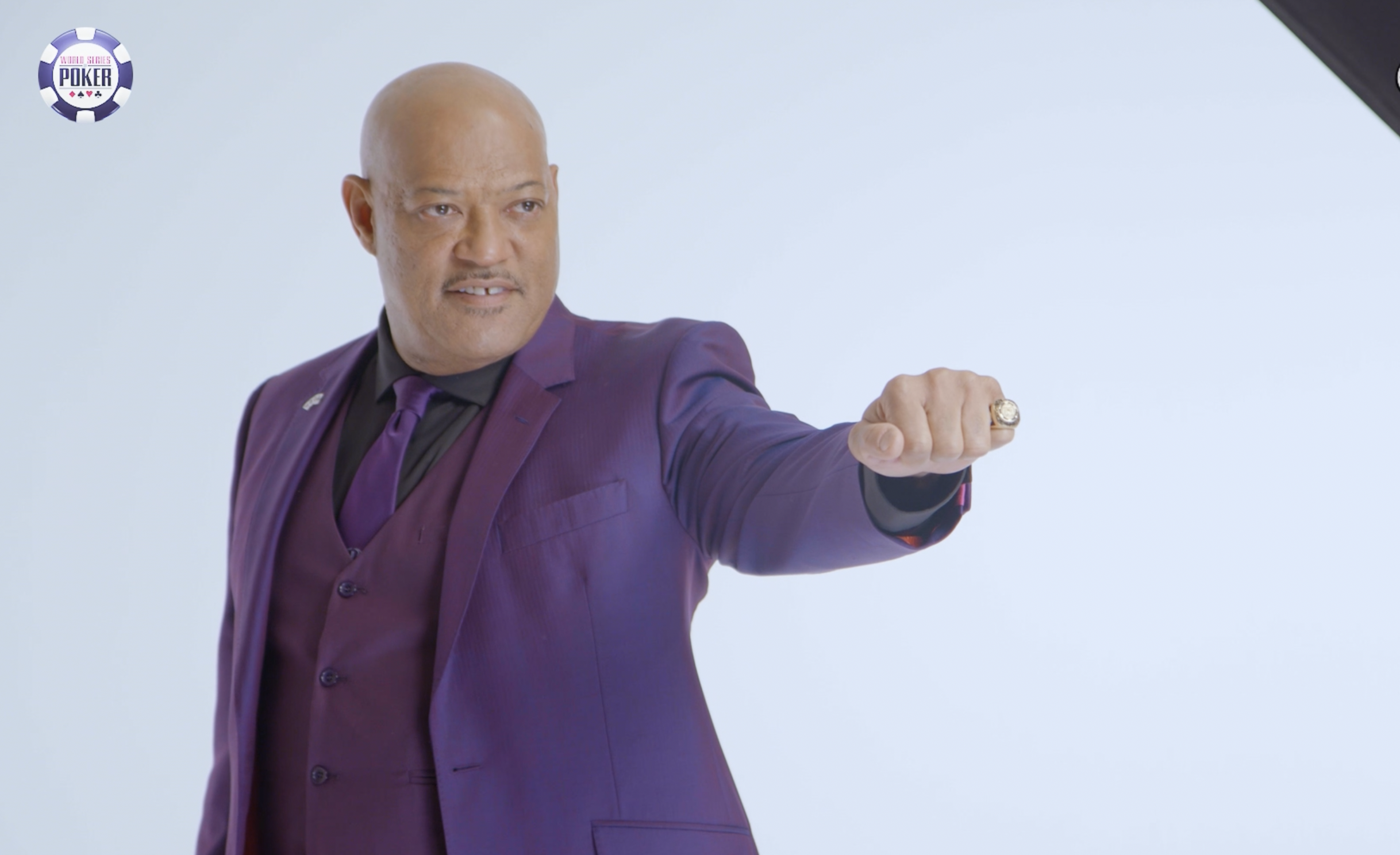 Laurence Fishburne is the new face of the “Official World Series of Poker” play-for fun poker app. A commercial starring the veteran actor has been airing across the country encouraging players to “become a legend!”

“I’m aware of WSOP and am fascinated by the gamesmanship of (poker). I’m thrilled to be a part of this game, and hope people enjoy my presence and that it can give them some joy,” he said in a press release.

The play-money app is the 10th most downloaded casino game on the Apple Store and has been downloaded more than 1.5 million times on Google Play. It can also be found at playwsop.com.

Playtika, the mobile gaming app company with more than 35 million monthly users, licenses the WSOP brand from Caesars Interactive Entertainment. It has nothing to do with the real money clients in Pennsylvania, New Jersey, Michigan, and Nevada.

Playtika released a fun behind-the-scenes video of the making of the commercial featuring Fishburne. The video can be found here.

Happy birthday to Foxwoods Casino, which begins a year-long celebration of its 30th anniversary this week.

As a charter member of the World Poker Tour in 2002, Foxwoods and its massive 100-table poker room became an instant must-stop destination for poker players on the East Coast.

The Connecticut tribal casino opened Feb. 15, 1992, but got its start as a bingo hall in 1989. Now, the resort is one the largest casino complexes in the United States, and will expand even more in the next few years. Plans include an enormous indoor water park, a new “high stakes” bingo hall, and a new 75K square-foot expo center.

The casino is also giving away $30K to patrons every day this week.

“This year marks an incredible milestone for Foxwoods and the Mashantucket Pequot Tribe. Not only is it our 30th anniversary, but it is our most significant year of evolution, innovation, and development for the property to date, and we’re just getting started,” said Jason Guyot, Foxwoods’ President and CEO, in a press release.

Foxwoods’ poker room was once branded as a WPT room, but the partnership ended after 10 years without much of an explanation in 2012. The last time the WPT stopped at Foxwoods was in 2011.

The Global Poker Index announced it gave Maria Konnikova its 2021 Award for Merit for her book about making a go of it as a professional poker player — “The Biggest Bluff: How I Learned to Pay Attention, Master Myself, and Win.”

🌐♣️🏆 We're excited to announce that Maria @mkonnikova Konnikova will receive this years GPI Award of Merit for her fantastic book The Biggest Bluff #GlobalPokerAwards pic.twitter.com/EEWVAzTHQh

Konnikova is an award-winning writer who is a regular contributor to The New Yorker. After publishing her second book, “The Confidence Game,” she put her attention to the game of poker. In 2016, she convinced Erik Seidel to coach her as she attempted to live a year as a professional poker player.

That year extended into an accidental second career as a semi-professional poker player. Her best tournament finish came in 2018 when she won the PokerStars Caribbean Adventure Championship for $84,600.

She delayed writing her book to focus on poker, eventually publishing “The Biggest Bluff” in 2020 after winning more than $300K playing tournaments.

She was nominated for a GPI award in 2018 as “a breakout player.” She is also an expert at fraud recognition.

The GPI awards takes place Friday at the PokerGo Studio in the Aria. The live stream on PokerGo starts at 5 p.m. PST.

Masks will still be required for players and guests who have not completed vaccination.

All active duty, National Guard, reservists, veterans, and their family members are encouraged to attend. Veterans can pre-register, but walk-ins are welcome. The fair takes place at the Casino Control Commission’s parking lot in Atlantic City.

Veterans are also encouraged to apply directly with the casinos. More information, and links to the casino’s corporate websites, can be found here.