A giant guitar will soon fly over the Las Vegas Strip as the sale of the Mirage has been completed. Also, a woman tips $77K to the table game dealers after hitting a huge poker jackpot, and two Grinches robbing casinos on Christmas Eve are the Short Stacks CardsChat picked up during the week before Christmas. 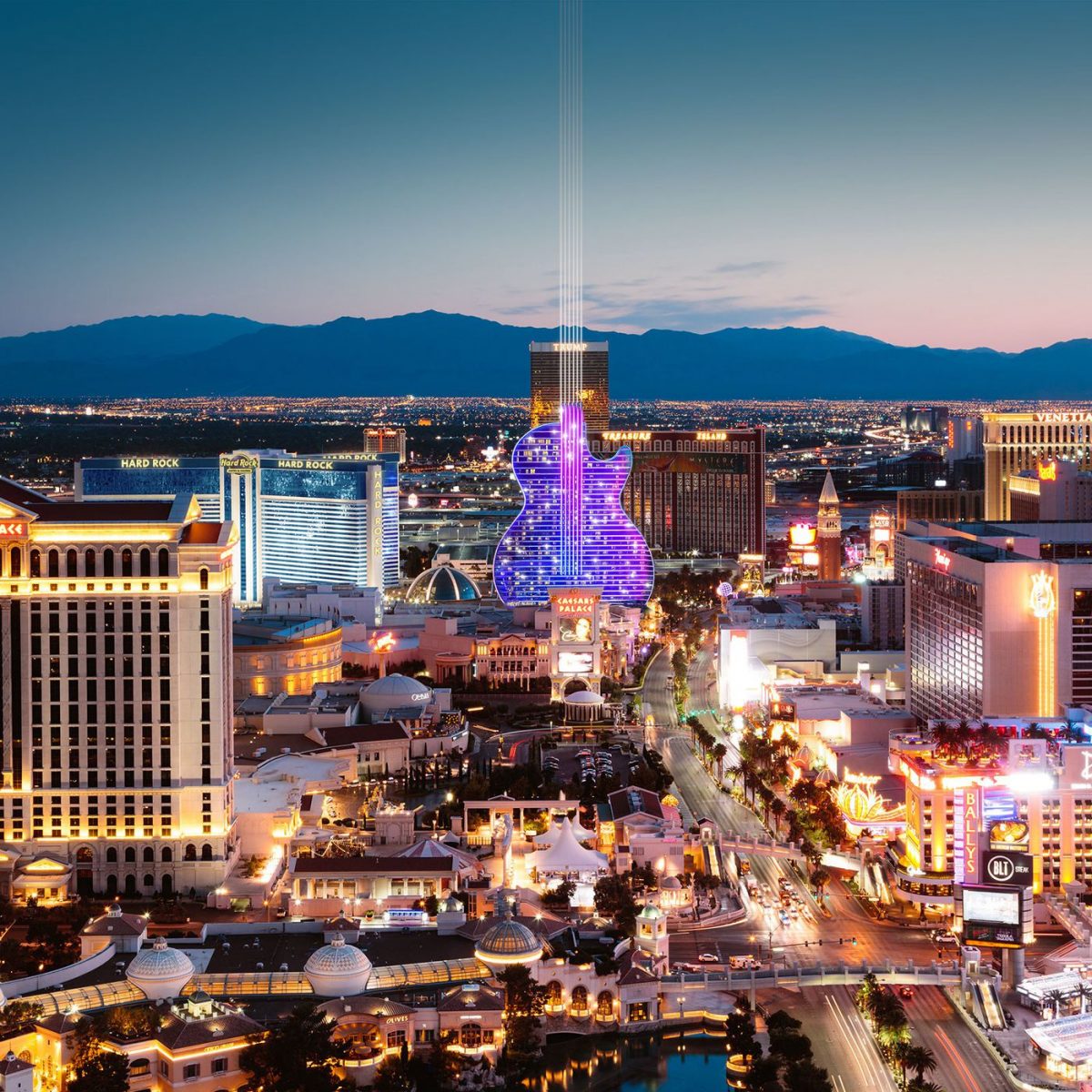 A new Hard Rock hotel and casino will change the face of the Las Vegas Strip with the addition of a guitar-shaped tower. (Image: Hard Rock)

Almost exactly a year after agreeing to buy the Mirage for $1.075 billion, Hard Rock International has fully taken charge of the Las Vegas Strip property. The sale received final approval from the Nevada Gaming Control Board on December 16.

“We are excited to create an integrated resort on the Strip that will make this legendary entertainment community proud,” said Company Chairman Jim Allen said in a statement.

There were no immediate plans to close the Mirage or lay off employees, but the iconic casino will go through a major renovation that will cost “billions” as it’s turned into a crown jewel for the Seminole Tribe, which owns Hard Rock International. It’s the first casino on the Strip to be owned by Native Americans.

Opened in 1989 by Steve Wynn, the Polynesian-themed casino quickly became the place to play high-stakes poker in Las Vegas. Wynn tapped Eric Drache, a 2012 Poker Hall of Fame inductee to not only run the poker room but to decide where it would go during construction.

The room was the center of the Las Vegas poker scene until Wynn opened the Bellagio in 1998. Mirage’s poker room endured until it was closed at the beginning of the COVID-19 pandemic.

CardsChat reached out to Hard Rock International to see if a poker room is in its future plans, and we’ll update if we hear back.

Hard Rock casinos, particularly in the Seminoles’ home state of Florida, are strong poker hubs, so here’s betting poker will return to the former Mirage once the giant guitar replaces the fake Volcano.

Renovations will most likely start in 2024.

A big win and a big tip

The unnamed regular hit a MEGA jackpot on December 17, the largest payout on a progressive poker machine at a Caesars Entertainment property in Atlantics City, according to NJ.com.

She then tipped the table dealers $77K, even though it happened on a machine.

“Most people give tips, but this was jaw-dropping,” Harrah’s Atlantic City Director of Table Games Michael Zippel said in a statement given to Fox Business. “Our dealers work hard all year long and truly deserve it.”

Several Las Vegas casino cages were robbed this month — two coming last week alone — and police are trying to determine if they were done by the same man.

Earlier in the month on December 12, a man walked into Green Valley Ranch around 9 p.m. and demanded money. Police say he left in a dark-colored Ford. It’s not known how much was taken and no arrests have been made.

Meanwhile, in Rapid City, Iowa, the cage was robbed at the 777 Casino. The crime happened around 2 a.m. on Christmas Eve and police are still searching for suspects. The same casino was robbed in September. No arrests have been made.

Al Jarmi probably needs to find a new line of work. Police say he was on probation for robbing the cage at the Venetian in 2020.