A fishy Twitter contest, the return of “High Stakes Poker” on PokerGO, and the release of the 2023 European Poker Tour’s schedule are some of the short stacks CardsChat picked up in last week’s orbit of poker news. 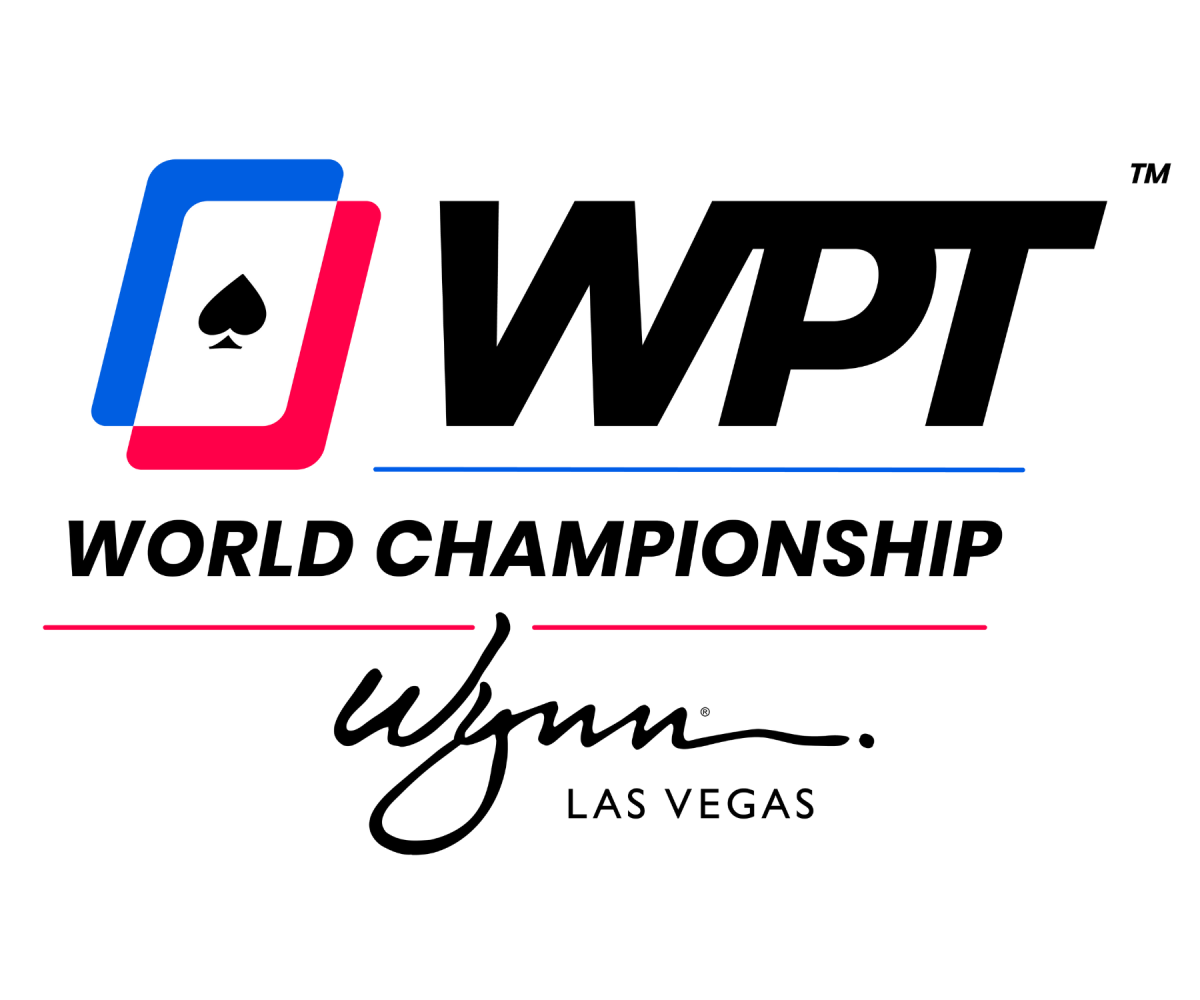 Everyone wants to get into the $15 million guaranteed WPT World Championship. (Image: WPT)

A bit of chicanery hit the poker and chess world this week after a grandmaster gave a $10,400 entry into the WPT World Championship away on Twitter — to her poker coach and friend.

The Twitter drama started when women’s chess master Qiyu “Nemo” Zhou, who streams as “akaNemsko”on Twitch, won a $12K package on WPTGlobal.com. She live-streamed her victory to her nearly 297K subscribers. She also had a comeback for the ages, winning it after being down to less than a single big blind.

Zhou then took to Twitter, announcing she would give the package away to one of her fans in a contest. They would have to keep an eye on her streams and, as soon as a special video dropped, they’d have to tweet a special phase from it to Zhou.

Zhou said she’d choose a player that she thought was most deserving out of the first 10 tweeters.

One of those 10 was Alex Espein, a World Series of Poker bracelet winner who is also known as “Thallo.” He’s also Zhou’s poker coach and friend. He also edited his tweet to include the secret phase.

She picked him — and people immediately noticed and cried foul. 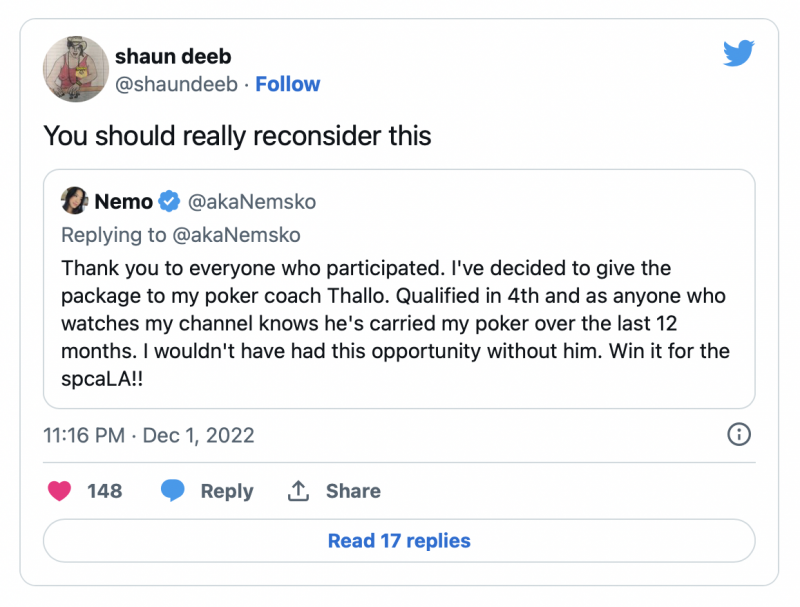 A tweet by Shaun Deeb that was lost after Qiyu Zhou deleted it after she made a boneheaded mistake and gave a WPT World Championship prize package to her poker coach. (Image: Twitter)

In now-deleted tweets, Zhou and Epstein both defended the outcome before changing their tune and admitting they screwed up.

Of course, Thallo wants into the WPT World Championship for free. Starting on December 12, its $15 million guarantee prize pool is the largest ever.

Zhou gave the seat away in a random drawing on Friday. A user named Ecgab1025 won.

The five-series tour owned by PokerStars begins the year by returning to Paris on February 15. The EPT missed Paris last year. It also adds a stop in Cyprus, which was skipped last year. The stop in London, which just took place in October, was cut.

Qualifiers have begun on PokerStars for the €5,300 Paris event, which will be held at Hyatt Regency Paris Etoile. Visit the client or the site for more information.

PokerGO announced that the 10th season of “High Stakes Poker” will begin airing on the streaming service and YouTube TV starting in January.

The online poker giant PokerStars and the Detroit Red Wings announced they’ve entered a multiyear sponsorship agreement that will bring the PokerStars branding to ice-level at Little Caesars Arena.

This is an expansion of a relationship PokerStars and the Red Wings had this season in which PokerStars sponsored the scoring updates on Twitter and elsewhere.

“We are extremely proud and excited to build a long-term relationship with such an iconic NHL team as the Red Wings,” said Severin Rasset, PokerStars US managing director, in a press release. “Through this partnership, we look forward to delivering epic experiences for our PokerStars community, expanding on what we can offer our Michigan-based players, as well as those across the rest of the US.”