Plans for a new Live! Casino in Virginia, a new Horseshoe Casino opens in Louisiana, and the nip-slip that keeps on truckin’ are the short stacks CardsChat picked up in last week’s orbit of poker news. 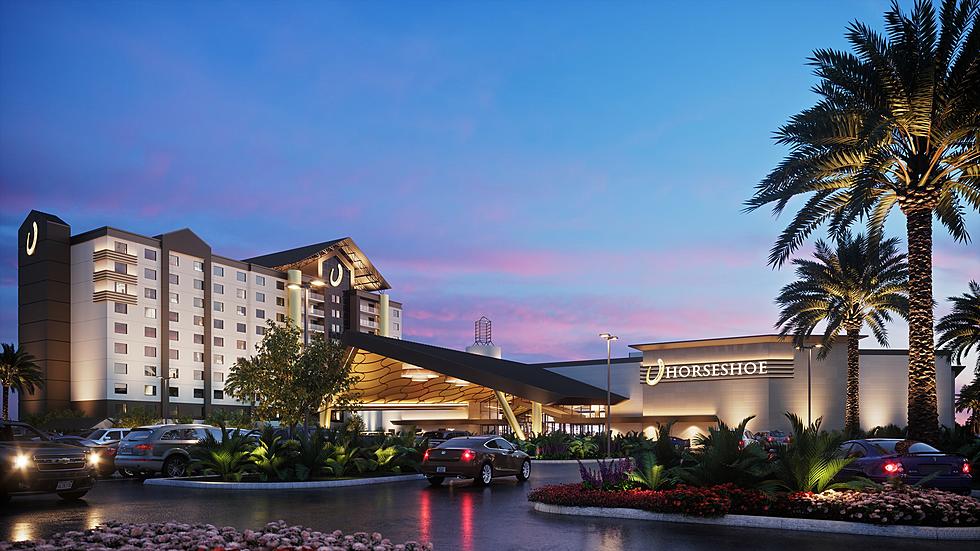 Caesars Entertainment added another Horseshoe to its collection when it opened its latest in Louisiana Monday. (Image: Caesars)

Caesars Entertainment officially added another Horseshoe to its collection on Monday when officials cut the ribbon, opening its newest lucky charm on Lake Charles in Louisiana Monday. The jewel of the new casino is the 10=table, World Series of Poker-branded poker room.

The Horseshoe replaces the former Isle of Capris that was shut down by a one-two punch of Hurricane Laura in 2020 and the COVID-19 pandemic.

Formerly a riverboat casino, Caesars took advantage of a 2018 law change that allowed the casino to move on shore.

Caesars Entertainment spent the last two years rebranding nine of its properties into Horseshoe Casinos, in part to leverage the power of the World Series of Poker brand and lineage. All the Horseshoes have WSOP-themed poker rooms.

The next Horseshoe Casino to open will be on the Strip. Bally’s, which along with Paris is the home of the WSOP, will reopen as Horseshoe Las Vegas early next year.

Never underestimate the power of a boob.

The Hustler Casino Live nip-slip story continues to hang on (click the link to see the goods).

In an apology that really wasn’t, the woman at the center of the tale, Sashimi, went pun-crazy talking about what everyone else has been talking about since she “accidentally” exposed a nipple on the popular poker stream.

As reported by the UK’s The Sun, Sashimi said: “I’m sorry for my little slip up last week. It’s easy to lose track of what’s going on when you are just hanging out. I promise to nip that behavior in the bud. And I will keep you all abreast of future wardrobe choices. Thank you. By the way, it’s not fake.”

Casino developer and owner The Cordish Companies released details about the new Live! Casino that it wants to build in Petersburg, Virginia. Construction on the $1.4 billion Live! Casino & Hotel Virginia will begin sometime in late 2023, pending approval by local officials.

A poker room is part of the 670K square-foot plan. A  200-room hotel featuring 20 suites, with access to a pool and fitness center will also be built.

The company estimates the casino and its constructions will generate 10K jobs, and generate $1.1 billion in tax revenue in 15 years.

The Cordish Companies was selected by the city officials of Petersburg to develop the area and build the casino. It will be owned and operated by PPE Casino Resorts Petersburg, LLC,  which is an affiliate of the same firm. The Cordish Companies operate the Live! Casinos in Pittsburgh, Baltimore, and Philadelphia.

The Virginian Pilot gave its readers a sneak peek at Rivers Casino Portsmouth, which will have a grand opening on January 15.

A 24-table poker room will be included in the 250K square-foot casino. Construction of the $340 million project began in December 2021. According to the Pilot, the casino is expected to employ 1,300 full-time.