Short deck hold’em has been taking the poker world by storm over the past year, with PokerStars adding its own 6+ Hold’em cash games in January. Now, the poker site is making this increasingly popular format available for tournament play, starting with one of its most important tournament series. 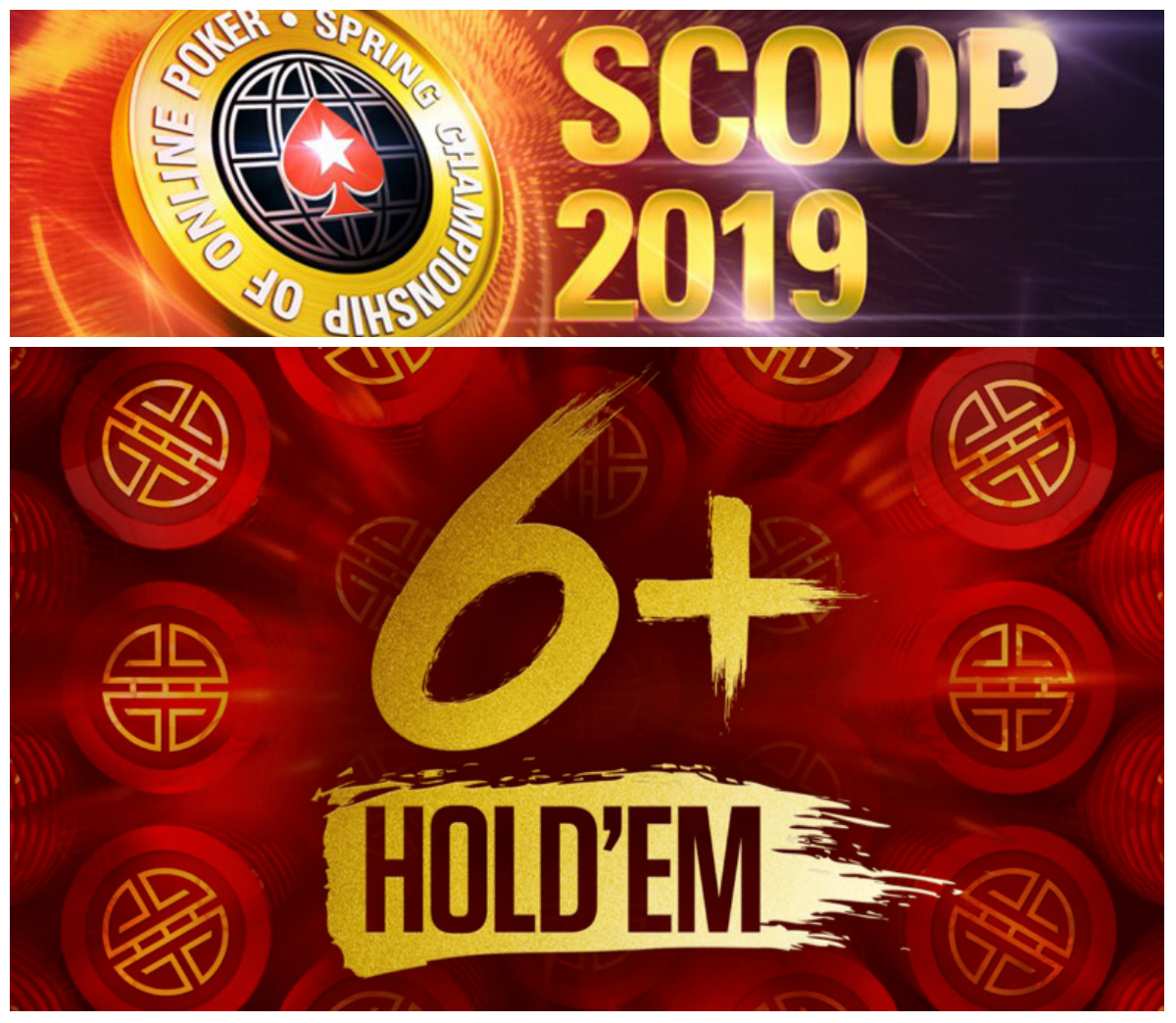 PokerStars is set to debut short deck hold’em tournaments as side events during SCOOP. (Images: PokerStars)

PokerStars announced Friday that it would be offering 6+ Hold’em MTTs as side events during the Spring Championship of Online Poker (SCOOP), which began on Sunday.

According to the site, the 6+ Hold’em tournaments will be offered starting on May 17. Like most SCOOP events, they will be available at three different buy-in levels for players to choose from: $22, $215, and $2,100. In addition, players can jump into sit and go tournaments in the format whenever they like, with buy-ins ranging from $2.50 to $15.

While the tournaments won’t be an official part of the SCOOP series, they’re likely to attract plenty of attention from players. While short deck games have been gaining in popularity, the format originated with high rollers, and that’s still where the most prominent tournaments in the format are played, such as during Triton Series festivals.

But that reputation is starting to change. Not only are online poker sites beginning to offer their own versions of short deck hold’em, but the mainstream poker world is beginning to incorporate the action game. This summer’s World Series of Poker will even feature the first ever short deck bracelet event, which will carry a $10,000 buy-in, the same as other “championship” events at the WSOP.

It’s unclear exactly what the format will be for the 6+ tournaments, though it’s likely they will follow a similar structure to the one PokerStars uses for cash games in the format. That would include the button blind structure in which all players post an ante each hand, with the button posting the only blind bet.

If you’ve never played 6+ Hold’em, the game is played similarly to standard Texas Hold’em. As in that game, players receive two hole cards and are trying to make the best five-card hand possible using any combination of their cards and five community cards that are dealt out over the course of the hand.

The key difference is that the deck is stripped down a bit by removing the twos, threes, fours and fives. That leaves a 36-card deck to play from, and makes it much more likely for players to make big hands. Aces are still high and low, making A-6-7-8-9 the “wheel” straight in short deck.

Because of the unusual deck structure, the odds of making hands also change, which has led to varying hand rankings depending on where the game is being played. At PokerStars, the only change is that a flush now beats a full house.

Actually I am not experienced but I feel there are alot more variance then into the standart deck tournaments. Yeah, tuff tournaments but fun . Kinda “PLO” level