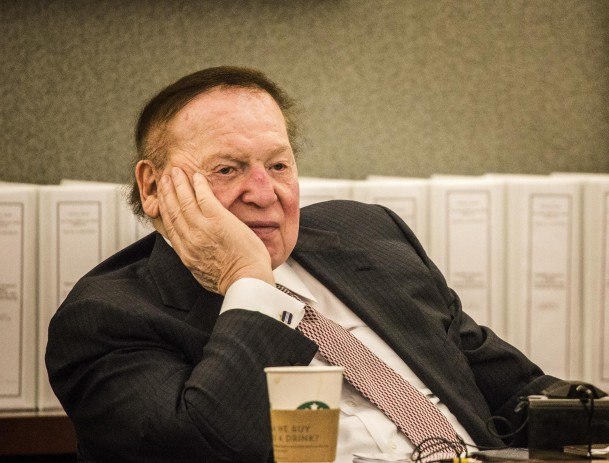 Sheldon Adelson may want to spend his time spreading his influence in the Republican presidential primaries or stopping online poker in the United States, but more pressing legal issues may be at hand for the Las Vegas Sands CEO and chairman.

A judge has ruled that a wrongful dismissal lawsuit against Adelson will be heard in Nevada courts, a ruling that could open Adelson and his company to some embarrassing charges.

The ruling, made by District Judge Elizabeth Gonzalez on Friday, found that because the hearings and testimony surrounding the case had been argued in the United States so far, it made sense for the case itself to be located there as well. Adelson was hoping for the case to be moved back to Macau.

“This matter has been pending in Nevada courts for almost five years,” Gonzalez said when making her ruling. “Judicial economy would be served by continuing his litigation in Nevada.”

The case involves Steven Jacobs, a former chief executive of the Sands’ casinos in Macau. Jacobs claims that Adelson fired him after he refused to allow payments to a Macau lawyer and legislator, a move that could have broken US anti-bribery laws.

Lawyers for Adelson and the Sands have been trying to have the case returned to Macau, saying that it involves only their subsidiary that is headquartered there. But the most likely reason that the company would like the case heard in the Chinese territory is that it would probably limit the scope of the inquiry, as Macau officials may want to prevent as much embarrassment for their currently downtrodden casino industry as possible.

And there is certainly the potential for embarrassment, at least if Jacobs’ allegations are true. Jacobs says that Adelson personally stepped in to continue the payments he attempted to stop, and that the Sands knowingly worked with members of Macau’s Triads, a claim the company has vigorously denied.

For his part, Adelson has denied these claims. In often combative testimony given nearly a month ago, the billionaire described Jacobs as “delusional” and said that he fired him for issues of incompetence, rather than the more nefarious reasons Jacobs alleges.

According to Adelson, Jacobs put Sands China in danger “many times,” and had little experience in running a major casino company.

“He was one of the least competent and potentially destructive executives I had in over 50 companies in my 69-year business career,” Adelson testified. “He only worked for the company for one year.”

Lawyers for the Sands are appealing the decision, hoping to still see the case be transferred to a court in Macau. If they are unsuccessful, the trial could potentially impact Adelson’s considerable political influence in the USA.

For instance, consider the magnate’s crusade to destroy online poker and casino games in the United States. While the Restoration of America’s Wire Act (RAWA) has been introduced in the House of Representatives and is expected to eventually show up again in the Senate as well, many Republicans have found themselves in a difficult position: Adelson can be a powerful ally when it comes to fundraising, but RAWA is unpopular among lawmakers who put a premium on states’ rights issues.

Any controversy stemming from a look into the Sands’ Macau dealings could give more legislators pause about siding with Adelson, or give those who were already uncomfortable about doing so a little more cover while shying away from supporting RAWA.

Similarly, the case could impact Adelson’s role in the 2016 presidential elections. While candidates aren’t going to turn away his money (he reportedly spent as much as $150 million on GOP candidates in 2012), he may have to take a reduced role to avoid tainting a candidate if any serious ties to illegal activity in Macau are revealed.

Who to believe, a guy we already know is lying to the American public about online poker, or a guy who was fired for refusing to do something immoral….hmmm, let me think…