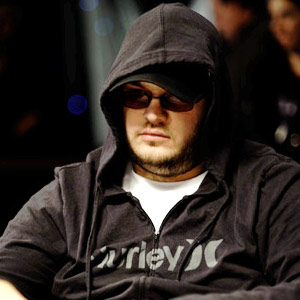 Winning poker tournaments has never been an easy feat for even the best players in the world. Winning a string of illustrious events to claim a rare title? Definitely not for the faint of heart. But it turns out Canadian poker player Shawn Buchanan was up to the challenge. Buchanan, who goes by the online handle “buck21,” has become the first player to win the PokerStars “Triple COOP” title.

Long Climb to the Title

Despite the Triple COOP win being a rare success story, it has been a long time coming for Buchanan. His first COOP win took place in 2007. A $530 Pot-Limit Omaha event resulted in $97,262 worth of winnings and a WCOOP victory. It would take Buchanan five years before he marked a second requirement off his list. In 2012, his next PokerStars COOP title would come from winning a $2,100 Razz event during SCOOP 2012; he also walked away with $44,145.

While it didn’t push him any closer to the Triple COOP, Buchanan claimed a second SCOOP title in 2013 during a $2,100 No-Limit Hold Em 10-Max Shootout for $118,800. January’s TCOOP Razz win completed the long-awaited chain of victories. Buchanan’s four COOP victories earned him a total of $274,921.50 in winnings.

The Next Big Title

Now that Buchanan has stolen the show with his Triple COOP nab, what’s the next big title up for grabs? That would be the PokerStars Grand Slam winner, an award which requires a player to have all three COOP titles and a Sunday Million win.

Currently there are only three players who are one title away from that claim to fame, one of them being Buchanan. David “Gunslinger3” Bach and Andrey “Kroko-dill” Zaichenko are the other two. Bach and Zaichenko had the added advantage of being able to play the remaining events from TCOOP 2014 but couldn’t come out on top. If either had won an event, they would have been awarded the Triple COOP and, consequently, became the first Grand Slam winner. However, not content to let Buchanan have all the glory, Australia’s James “Andy McLEOD” Obst became the second person in history to be a Triple COOP title holder. It took only 48 hours for Obst to join the exclusive club and he did so by winning the $215 HORSE for $18,772.

While two Triple COOPers were an amazing feat for TCOOP 2014, some notable action took place over the series. After 50 events had sped by with 205,113 entries, $23,322,941 had been paid out of an originally projected $15 million in prize money.