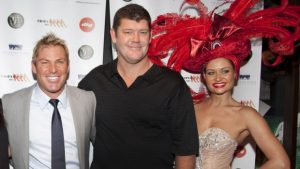 No more charity poker events for Shane Warne after he closes down his charitable foundation. (Image: heraldsun.com.au)

The Shane Warne Foundation (TSWF) in Australia, responsible for hosting a number of charity poker tournaments, has ceased operations amid accusations of financial misconduct.

Following claims that the organization had deliberately hidden or misrepresented the distribution of its funds, former cricketer Shane Warne recently announced that he was closing down the charity, but insisted there were no issues with its finances.

In a lengthy Facebook status posted on Friday, Warne lashed out at the media for the “unwarranted speculation” about the foundation’s finances and stated that all of the organization’s accounts had been fully reviewed by Big Four auditor KPMG.

Despite stating that the accounts were in order and there was “nothing to hide,” Warne still chose to close down the charity just one month after Consumer Affairs Victoria (CAV) requested an independent audit.

After issuing a formal request for three-and-a-half years’ worth of accounts after TSWF failed to lodge an annual statement in October, CAV said on Friday that the audit will continue as planned and will be completed on February 29th.

According to a report issued by Fairfax Media after it obtained financial records for TSWF, between 2011 and 2013, the charity raised $1.8 million, but an average of just $0.16 on the dollar was given to organizations looking after sick and underprivileged children.

In response to the report, a spokesperson for TSWF stated that it had donated an average of $0.30 on the dollar in 2014.

In the wake of the accusations and subsequent closure of the foundation, the annual Joe Hachem and Shane Warne Charity Tournament was cancelled earlier this week.

First launched back in 2008, the event took place during the Aussie Millions at the Crown Casino in Melbourne and featured a host of poker pros and Australian celebrities, including former cricketer Merv Hughes and AFL footballers Brendan Goddard and Steven Baker.

Also throwing their branding behind the event was 888poker, the longtime sponsor of Warne during his time at the poker table.

However, with the TSWF no more and Warne now facing a battle with the financial authorities in Australia, it looks as though his charitable poker efforts will be shelved, for the time being at least.