Shane Warne’s son, Jackson, taught his famous father a lesson or two during a charity poker tournament in Australia. 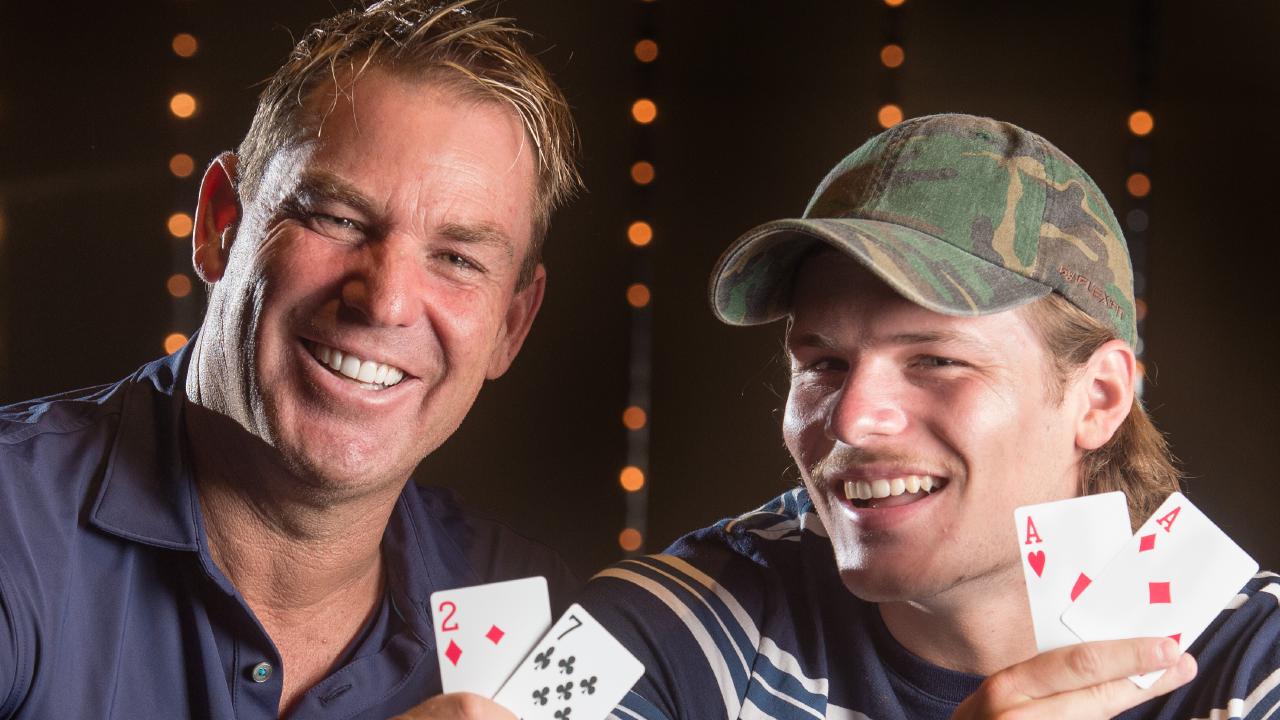 Organized by Tony Hachem, brother of 2005 WSOP Main Event champion Joe, the All in for Charity event saw Aussie celebs ante up in force.

Headlining the evening of entertainment inside Melbourne Museum was cricket ace, Shane Warne.

Since retiring from sport, the national icon has become something of a poker aficionado. Once an ambassador for 888poker, Warne now travels the world taking part in a mix of professional and charity tournaments.

On December 11, he was back home to help raise money for local charities, Giving4Grassroots and the Australian Sports Foundation.

Joining Warne on the red carpet was his son, Jackson. A budding poker player himself, the 20-year-old has admitted he doesn’t have the skill to beat his father on a cricket pitch.

However, for at least one night, Jackson was able to steal the limelight from his father. Sitting down in the charity rebuy event, Jackson managed to bet and bluff his way past his dad and the Hachem brothers.

Another Glittering Night for Poker

A post shared by Hachem Management Group-Events (@hachemmanagementgroup) on Dec 11, 2019 at 7:42pm PST

When the rebuys and add-ons were done, no one could stop Warne. Coming off a recent cash finish at Melbourne’s Crown Casino, the youngster went on to win.

For his efforts, Warne picked up a brand new Kia automobile worth more than $20,000, and a two-night stay at the Star Hotel. The winner’s package also contained free entry to next year’s charity poker tournament organized by Hachem Management Group.

Given that Shane Warne was in attendance this year, Jackson should have another chance to get one over on his father in 2020.

Familial rivalries aside, the event was another example of how poker can be used to help those in need. While the Big One for One Drop often steals the limelight, the community has contributed to numerous good causes over the years.

From cancer to autism, poker players have never shied away from doing something for others.

With Shane Warne and his son helping to shine more light on the positive side of poker, the latest event can only help the game’s reputation in Australia and beyond.