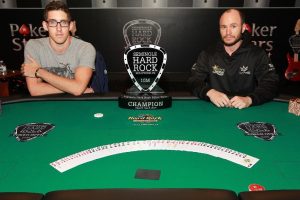 The 2014 Seminole Hard Rock Poker Open might forever be remembered by the poker community, though perhaps not for the reasons that organizers want.

The tournament boasted a guarantee of $10 million, but came up nearly $2.5 million short: a great situation for players, but less so for the casino, which had to put up their own money to cover that massive overlay.

Now, organizers are hoping that some changes to the tournament schedule will prevent that kind of a disaster from happening again.

This year’s Main Event, beginning on August 15, features a less ambitious $5 million guarantee, along with some other changes designed to level the playing field a bit more for players.

Over the last two years, the Hard Rock has tried to use re-entry formats in order to fuel enormous prize pools: a plan that worked to perfection in 2013 by raising an $11.8 million prize pool before falling short in 2014.

This time around, they are going back to the single-entry format, meaning that’ll need about 1,000 players to hit their guarantee.

“We anticipate getting to the $5 million, but nothing is guaranteed in life,” said Seminole Gaming COO Larry Mullin. “We still want to put a big guarantee out there, and we think it’s a bet we can afford in this market to bring the best customers in.”

The move is likely to be one that is appreciated by many players, who have begun to question the wisdom of using re-entry formats in major tournaments.

To some, the format gives players who have the money to spend a major edge over casual and recreational players who can only afford to buy in a single time.

“It always bothered me that people could come in and out-money everybody else,” Dave Lemmon of Poker Action Line told the Sun-Sentinel. “It was an unlevel playing field.”

In total, the Seminole Hard Rock Poker Open series will feature 27 tournaments, the first of which began on July 30. Four major tournaments in particular, including the Main Event, are being heavily promoted and will be filmed for broadcast on CBS Sports.

The events are structured to allow players who want additional action after busting out of the Main Event to find new tournaments to jump into.

All four tournaments will finish together on August 18th, setting up a made-for-TV finale that will also be live-streamed for fans on Twitch.

Each of these other tournaments also featured a guaranteed prize pool. Organizers are confident in their ability to hit most, if not all, of the guarantees throughout the series, as they were able to do so in all events other than the infamous Main Event last year.

Players will also have the chance to express their charitable sides during the series, as the Charity Series of Poker will hold a $300 buy-in event at the casino on Friday, August 14.

Half of every buy-in will go to two Habitat for Humanity charities, and celebrity players will include actress Ashley Greene, best known for Alice Cullen in the Twilight films.