A security guard is being called a hero after stopping an armed robbery attempt at a poker room in Houston last night. 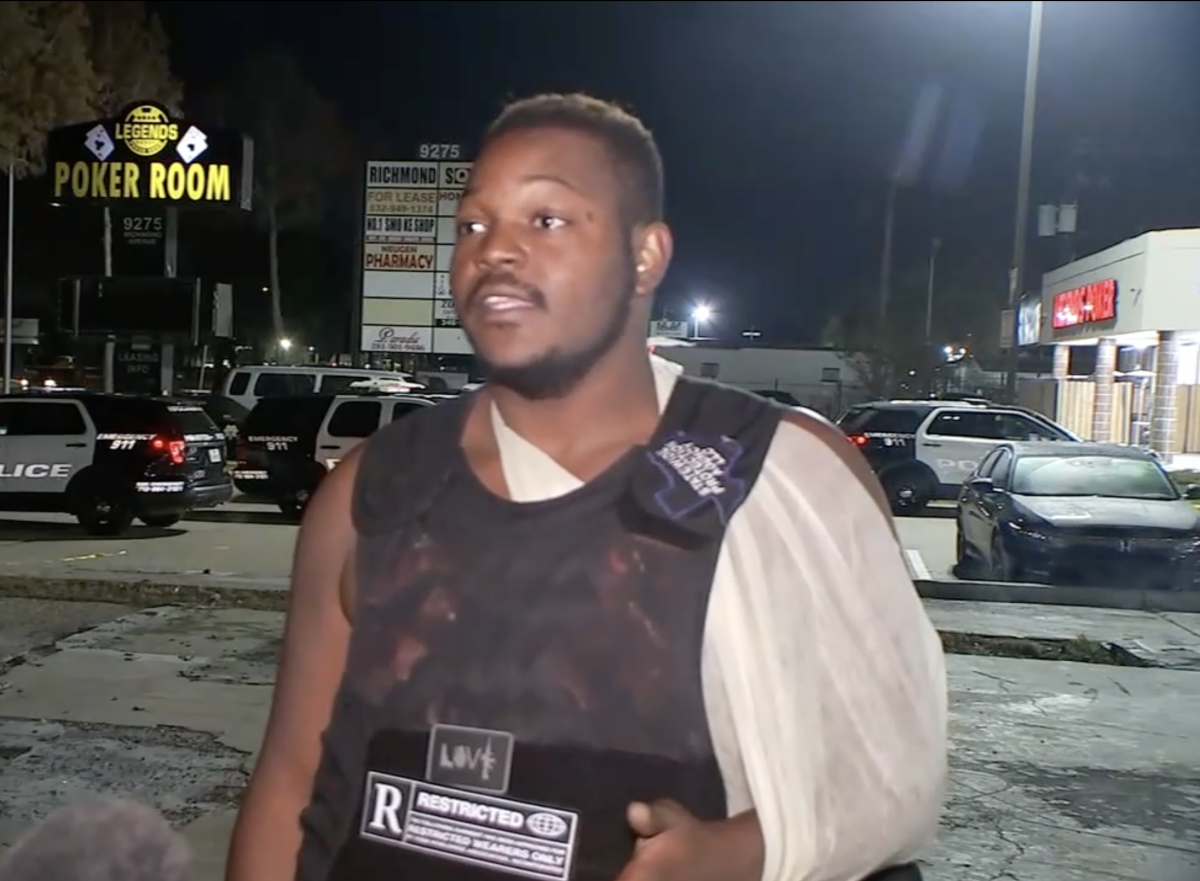 Trelynn “Tek” Robinson is being hailed as a hero after stopping a man armed with an AR-15 from robbing a Houston poker room. (Image: ABC 13)

According to Houston Police, a man armed with an AR-15 rifle walked through the front door of the Legends Poker Room in the 9200 block of Richmond Avenue sometime after 1 am and announced the holdup. Security guard, Trelynn “Tek” Robinson, got behind the gunman and the two men started fighting over the rifle, which went off “10 to 15 times,” according to police Lieutenant Larry Crowson.

“We’re very fortunate nobody was shot and that the security officer was able to get the male into custody,” Crowson told local news channel KHOU.

As many as 50 people were inside the poker room at the time of the incident, police said.

Robinson told ABC 13 News that he dislocated his shoulder and was grazed by a bullet during the fight. Despite his injuries and the chaos, he managed to get the suspect cuffed.

“He was asking me to give him the money, but instead I lunged towards him, fought him, wrestled him with the gun, and it started to go off,” Robinson told ABC 13. “I was able to wrestle him to the ground and put the handcuffs on him.”

Robinson’s arm was in a sling and blood was smeared on his bulletproof vest as he talked to the news crew. The suspect, whose name has not been released, is in police custody.


Poker in Houston can be a game of chance

Houston-area poker rooms have long operated in a legal grey area, as Texas law doesn’t allow for traditional brick and mortar casinos to exist within the state, except for on one Indian reservation. As such, “public” games are played in private clubs that charge access fees in lieu of taking rake or charging hourly seat fees.

As a result, these rooms are essentially unregulated, which means that patrons have to rely on the owners to have the funds on hand to cover the value of the chips that are in circulation. Allegations of financial mismanagement and insolvency led to the December 2021 closing of Johnny Chan’s 88 Social poker room after players feared that the chips they were holding had become worthless.

Issues of violence are also not uncommon. In December, a Legends Poker Room dealer reportedly got into a physical confrontation inside the club with 2003 WSOP Main Event runner-up Sammy Farha related to a long-standing feud between the two men. More seriously, other acts of violence have been tied to the clubs, including a home invasion and other robbery attempts in recent years. 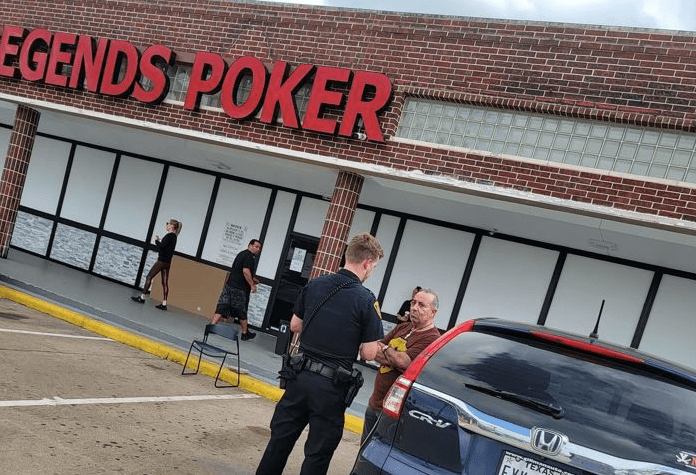 In the wake of Sunday night’s incident, Legends Poker Room dealer Sean Benefiel set up a GoFundMe page to raise money for Robinson.

“I am a dealer at Legends Poker in Houston, Texas. Tonight there was an attempted robbery in our room. The person responsible for the shooting was miraculously stopped by the actions of an incredibly brave man,” Benefiel wrote on the page. “Our security guard Trelynn “Tek” Robinson ran TOWARDS the guy firing an automatic weapon and wrestled with him, stopping him from opening fire on a room with more than 120 people in it … What Tek did was the bravest thing I have ever seen in my life. Without a doubt, this man saved my life, and the lives of every person who was in the room at the time.”

As of the time of this writing, Benefiel’s $50 contribution is the only donation toward the campaign’s $40,000 goal.