Scott Seiver won his second WSOP bracelet — first in a decade — in limit hold’em, a once popular game that doesn’t attract many players these days, especially women. 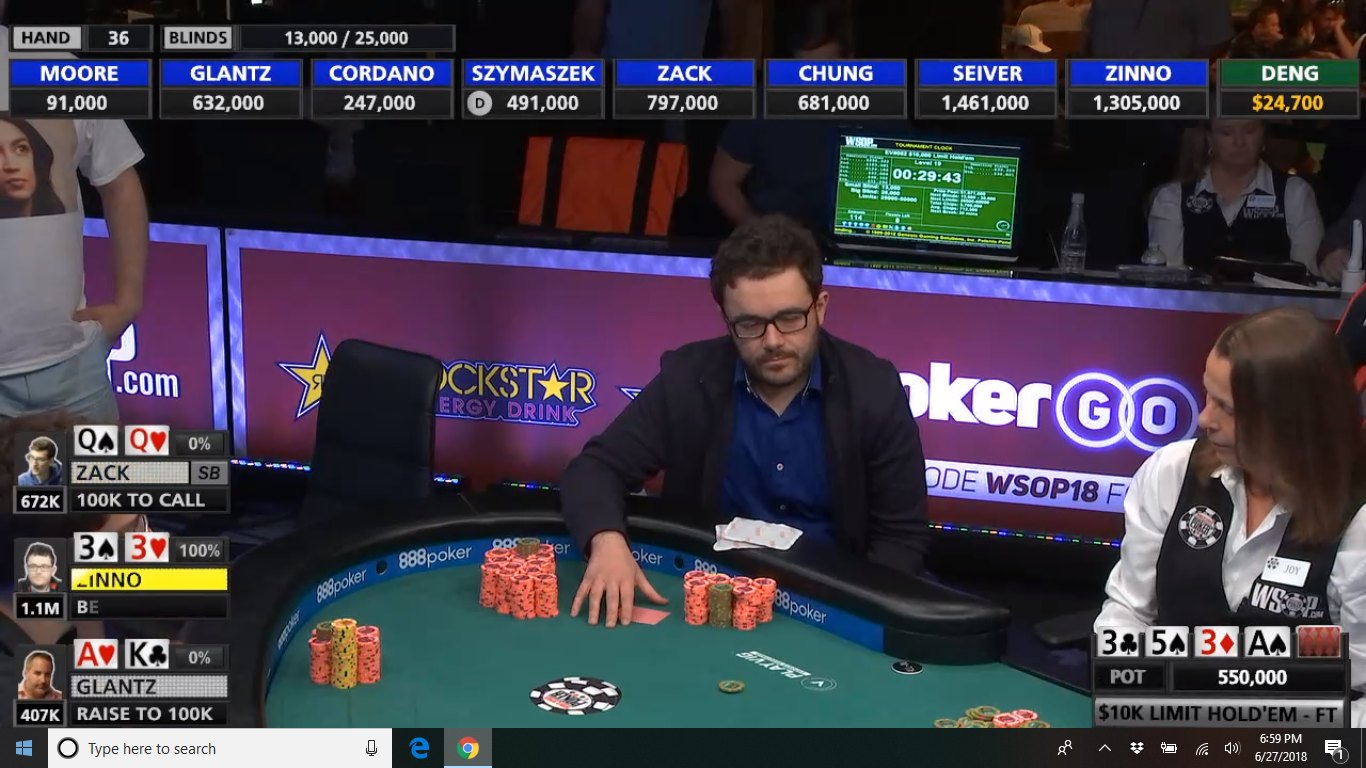 But leave it to Seiver, one of the best players in the world, to tackle a difficult $10,000 Limit Hold’em Championship event that few amateurs these days play.

The tournament drew 114 players, all of them seasoned (and a few rather grizzled).

In limit hold’em, unlike no-limit, it’s next to impossible for an unskilled player to fluke their way through a large field to win a tournament and pull a Jerry Yang, if you will.

No doubt Seiver, whose last bracelet was in a $2,500 NLH event in 2008, earned this victory, grinding through a field that included some of the best limit players in the world.

Although it had been a decade since Scott won a WSOP title, this is far from his first major accomplishment during that drought. Seiver, who is more of a cash game specialist than a tournament grinder, has over $23 million lifetime in live tournaments with his biggest score coming in the 2015 Super High Roller Bowl (2nd place for $5.1 million).

During the 1990s and into the early 2000s, limit hold’em was the most popular game spread at casinos in the United States. Many top no-limit players in the game today got their start playing low-stakes limit games.

That all changed within a year after Chris Moneymaker’s 2003 Main Event title run appeared on ESPN. Not long after poker on TV became popular, limit hold’em began to fizzle. Apparently, shoving all-in and bluffing an opponent off a big pot was sexier and more glamorous than reading Sklansky and grinding out long sessions to get your adrenaline pumping.

Not surprisingly, low-stakes players began shifting to $1/$2 and $2/5 no-limit hold’em.

Card rooms at the very start of the poker boom often spread numerous limit hold’em games. Even in places such as Des Moines, Iowa, and Kansas City, Missouri, limit hold’em was the top game in town in the years immediately before and after Moneymaker. Now, you won’t even find a game at many Las Vegas casinos.

(Just last month, the suburban Suncoast casino in Las Vegas shut down their poker room, which had previously spread $2/4 and $3/6 hold’em.)

Differences Between Limit and No-Limit on Display at Final Table

NLH and limit hold’em have one significant difference: The amount you can bet on each street. In no-limit, you can bet up to the size of your stack. In limit, you are required to bet a set amount.

Amateurs don’t often play limit tournaments because, unlike no-limit, it’s more difficult to beat the pros. In an NLH event, you could conceivably win a few lucky all-ins and, assuming you don’t do anything completely stupid the rest of the way, make the final table.

But in limit hold’em, a game where massive pots are few and far between, you can’t final table a tournament off a few lucky hands. You need many lucky hands, which is nearly impossible, to make a deep run against the pros. Hence, the reason most amateurs stay away and why the game has declined in popularity.

Limit hold’em strategy is vastly different from NLH. In limit games, you’re often forced to call off multiple streets on marginal hands and draws because the pot odds are so enticing, which can be frustrating if you don’t hit your draw on the river.

But, at the same time, the limit format can help you win big pots you wouldn’t have won in no-limit.

Zinno raises in early position, Glantz three-bets, Zack four-bets and gets a call from both players.

The flop comes 3♣5♠3♦, giving Zinno quads. Zack bet and both players called. The turn came the A♠, a bad card for Glantz who hit top pair with the top kicker but was drawing dead.

Zinno bet out this time and got raised by Glantz, forcing Zack to fold his ladies, and then Zinno made the call. When the 7♦ turned over on the river, Zinno again bet and Glantz called to find out the bad news.

This hand shows the difference between how limit and no-limit games are played. If you’re Anthony Zinno, you’re loving limit hold’em after that hand. In NLH, he likely doesn’t get to see the flop as Zack and Glantz would have put in big raises to force him off the pot.

Had this been an NLH hand, Zack probably wins this hand with a shove on the flop, likely forcing Glantz off the hand.

Limit hold’em is a frustrating game when you can’t muscle opponents out of the pot. But if you’re Scott Seiver right now, you’re loving the game.

Congratulations to Scott Seiver for winning the second WSOP bracelet, I imagined how that game must have been since it is a not very popular variable unlike the NL that is the most popular.
The good thing about this variant is that it does not bring many players and this tournament was not the exception since they only played 114.

HANDSOME I WANT TO LEARN AND BECOME A PROFESIONAL