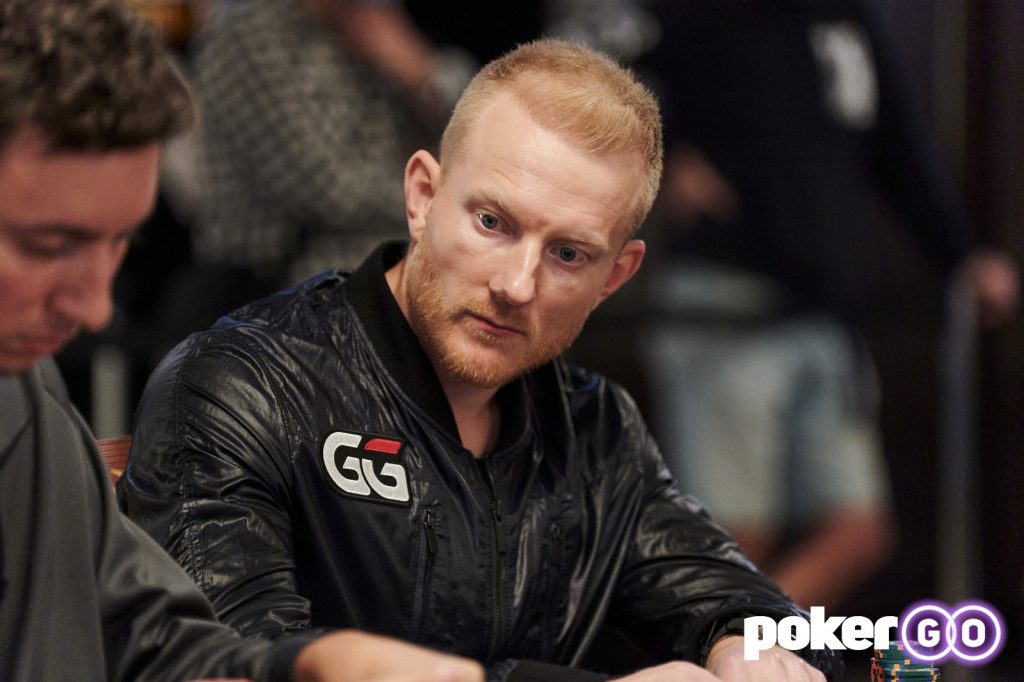 Jason Koon is the next man up against Phill Hellmuth on “High Stakes Duel.” (Image: PokerGo)

Seiver was looking for redemption after losing a five-hour, $400K match against Hellmuth earlier this year that could have gone either way, but pulled out for “personal reasons” last week, according to PokerGO.

Koon’s ready to take his shot

It didn’t take Koon long to answer PokerGO’s call, as he quickly agreed to put up $800K of his hard-won money against Hellmuth.

If no one stepped up by yesterday’s deadline, then Hellmuth, as the unchallenged champion, would have walked away with $800K. Koon’s decision to take on Hellmuth, who sports a record of 9-1 through the first three seasons of “High Stakes Duel,” prevents that from happening and sets the stage for an epic, winner-take-all battle between a poker legend and one of the game’s hottest young guns.

Due to personal reasons, Scott Seiver has withdrawn from his upcoming HSD 3 Round 5 match with Phil Hellmuth (@phil_hellmuth).

Who wants to step up and challenge Phil Hellmuth?

Koon is the latest in a long line of gunslingers trying to Hellmuth’s title. In Season 1, Hellmuth took three matches to bury Antonio Esfandiari and win $400K. He did the same thing in Season 2, shooting Daniel Negreanu down in three consecutive battles to bank another $400K.

Hellmuth remained sharp at the start of Season 3, defeating F1 racing announcer and amateur poker player Nick Wright in the $50K buy-in first round. When Wright declined to put up $100K and challenge Hellmuth to a rematch, Tom Dwan stepped in to give Hellmuth his first and only loss of the series.

Hellmuth immediately challenged Dwan to a rematch, beating him for $200K in round three. Dwan wanted a shot at redemption, but was forced to back out of his rematch, opening the door for Seiver in Round 4. Following his hard-fought loss, Seiver agreed to take on Hellmuth again in a $1.6 million, Round 5 match scheduled for Aug. 22.

With his sudden withdrawal, Seiver now clears the way for Koon to see if he has what it takes to claim the “High Stakes Duel” title. PokerGO announced that Hellmuth can no longer play on Aug. 22 and that the match will be rescheduled.

The legend @phil_hellmuth and I will be playing each other in a $800,000 buy-in heads up match! https://t.co/vyLP5cdHtW

PokerGo is breaking new ground with the start of Round 5 as this is the first time any season of “High Stakes Duel” has extended past the third round of competition.

According to the show’s rules, players need to win three consecutive matches to avoid playing Round 4. After that point, a player needs to win two matches in a row to bag the prize money and end the season. That means if Hellmuth beats Koon, he’ll be able to walk away with $1.6 million and retain the “High Stakes Duel” title. If he’s feeling confident, he’ll have the option of accepting another match, though he’s refused to continue after securing the right to walk away in the first two seasons.

The climb is much stiffer for Koon. In order for him to come out in the black in this contest, he needs to win against Hellmuth, ante up $1.6 million in the next round (if a challenger steps forward within 30 days), and then win again. If that happens, Koon could walk away with $3.2 million.

If he beats Hellmuth and no challenger steps up — a distinct possibility with such a high buy-in — Koon will scoop this round’s prize pool of $1.6 million and the season will be over.

Koon is a high-stakes tournament poker stud, poker coach, and GGPoker ambassador who currently sits eighth on the Hendon Mob’s all-time money list with $38.2 million in lifetime winnings. When Hellmuth and Seiver were battling each other in May, Koon won more than $2 million in Madrid at the Triton Poker Series, including a victory in the €150K short-deck tournament.