The Bay 101 Shooting Star event returned to San Jose this month without the World Poker Tour (WPT) but that didn’t stop players anteing up in their hundreds. 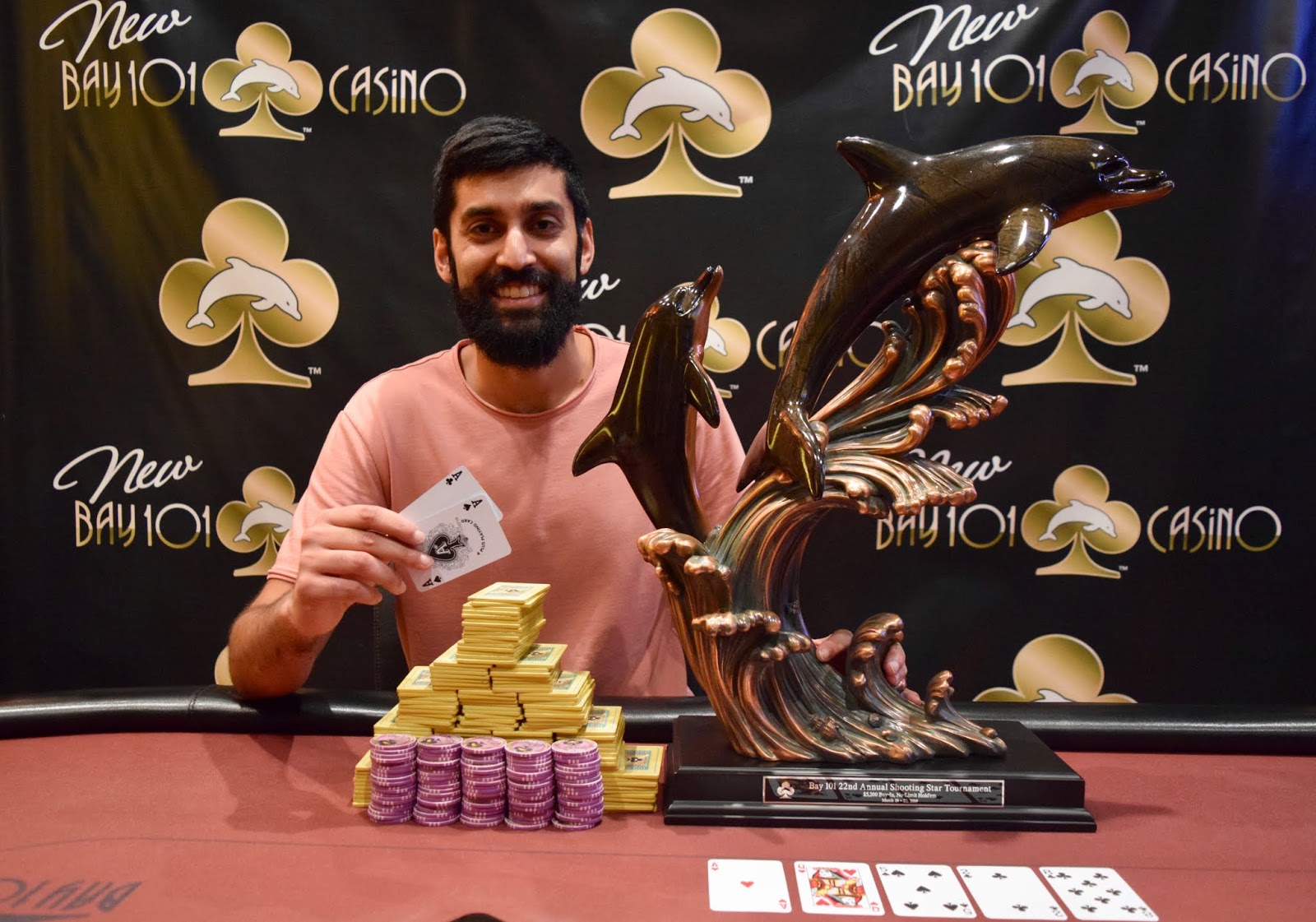 Sandeep Pulusani has taken down the first Bay 101 Shooting Star event since its departure from the WPT. (Image: bay101news.com)

Taking place at Bay 101 Casino between March 19 and 22, the $5,200 tournament saw 440 entries collected. A solid turnout in its own right, the figure was made all the more significant as this was the first year it wasn’t a WPT event.

Having been part of the tour’s schedule since Season II, the WPT dropped it after 2017’s finale. With local players petitioning for its return, Bay 101 tournament director Matt Savage worked his magic.

Even without the WPT, the 2019 Bay 101 Shooting Star main event still breached the $2 million mark through a combination of satellites and invited pros.

When the finale got underway and Shooting Stars such as Mike Matusow had long since surrendered their $2,000 bounties, it was Sandeep Pulusani who took charge.

Sitting across from Ryan Tosoc, the American pro needed to overcome a sizeable deficit. However, before the cards were dealt, the two players agreed a chip-based split.

Removing $50,100 from the prizepool, play resumed with 60 minutes on the clock. With a renewed sense of confidence, it was Pulusani’s opportunity to push the pace.

Getting back into contention courtesy of two kings, the eventual winner finally shot down Tosoc with a pair of bullets. With all the chips in pre-flop, Pulusani’s aces held a commanding lead over his opponent’s A♥9♣.

By the turn, it was all over. Without anywhere left to go, Tosoc congratulated Pulusani and exited stage left.

As the dust settled, thoughts turned to what may happen in 2020. With the WPT signing a deal with the Venetian in Las Vegas, potential hall of famer Savage has been persuaded to take charge in Sin City.

Leaving my hometown San Jose and @Bay101Casino where I have worked since 1993 for @VenetianPoker who is hosting their inaugural @WPT event in Las Vegas. Want to thank all the dealers, staff, and especially the players and friends who attended return of the Shooting Star event. pic.twitter.com/u5ieRZ7jHK

Essentially the lynchpin for the bounty-based tournament over the years, his new role may mean we won’t see another Bay 101 Shooting Star event next year.