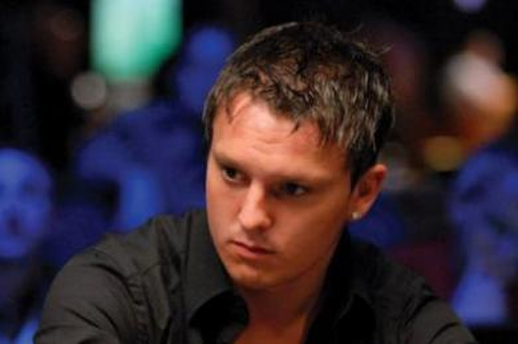 Sam concentrates hard as he takes on Antonio Esfandiari at the inaugural Big One For One Drop in 2012. (Photo: WSOP)

The sound of workmen bashing, sanding, and crashing greets me as Sam Trickett picks up the phone.

Not the background din of another Vegas landmark being demolished, I sense, but just the completion of a home renovation that’s moving into its final days.

“Sorry, I’ve refurbished my entire house,” he says, “so I’ve been busy doing that over the past few weeks.”

Immediately, almost apologetically, Sam, the British poker pro who’s won over $20 million in career tournament earnings (and that’s not even counting the cash pots), explains he’s been so busy, he’s had to forego his traditional feeding ground of Macau.

“The games aren’t as big anymore,” he sighs, “but I’ll still take a trip over soon.”

The bread-and-butter income of a high-stakes poker pro is perhaps the one story that’s been overlooked amidst the economic turmoil threatening to swallow up Macau right now.

A crackdown on illicit funds flowing through the gambling hub by the Chinese government has led to fewer VIP games, and fewer whales travelling to Macau. Add in a general economic slowdown in China, and it means fewer businessmen in the high-roller poker games, too.

Over the past few years, a network of ballers like Trickett, Tom Dwan, and Phil Ivey have spent more and more time in Macau, taking chunks of dough off the Chinese millionaires. Exact details of pots have always been closely guarded to avoid other pros stealing the action, but tales of $3 million cash game pots have become the stuff of legend.

Trickett has arguably been involved in some of the biggest, although he’s cagey about discussing values.

In 2015, Sam took his lifetime tournament earnings over the $20 million-mark with cashes across the globe. High Roller final tables featured him, as they always do, with his biggest cash in some time coming in August last year: a fifth-place spot at the EPT Barcelona high roller.

For most other players, regular post-$25,000 cashes would be an incredible income. But for Sam, they are small-fry, relatively speaking.

From Soccer Scores To Big-Money Scores

But Sam’s journey didn’t begin in the high-roller rooms at Sands Macau or Studio City. For him, it was a hospital bed in Nottingham, England. A promising soccer player who was scouted by several top English teams, Sam’s career was cut short in the mid-2000s when he suffered a catastrophic injury to his knee.

The doctor curtly told him that his hopes of gracing a field with David Beckham were gone, and while recuperating in the hospital, Sam whiled away the hours playing online poker.

He developed a taste for it, and a taste for gambling. Poker led to fruit machines and casinos, and with thousands of pounds of gambling debt racked up, it was time to stop and take stock. A year or so after taking up the game, Sam won his breakthrough tournament: the GUKPT (Grosvenor UK Poker Tour) for $215,000.

For the no-nonsense, aggressive young player, it was the start of a career that would see him join the likes of Daniel Negreanu and Antonio Esfandiari on the all-time biggest earners’ list.

Big One Arrives For Big Talent

A phenomenal run led, in 2011, to three post-million dollar cashes. First, Sam took down two High Roller events at the Aussie Millions for combined prize money of $3 million. And in September of the same year, he won the Partouche Poker Tour final in Cannes for €1,000,000 ($1,364,666).

He would quip that carrying a giant check through the Cannes airport was perhaps the most surreal event of his life. Even the flight attendants were amazed by this young gambler squeezing into his seat with a million-Euro check taking up a seat all by itself.

But a year later, the big one would arrive, literally. The inaugural Big One For One Drop saw the world’s best pros, (and some of the worst), ante up $1 million to fight it out for the biggest-ever prize in poker.

At stake was a first prize worth $18 million. Bragging rights, a life-altering amount of cash, and a bulldozing of the all-time money-earners list all beckoned. Ultimately, Trickett would fall in second place to Antonio Esfandiari, but he was set for life.

“No one needs all that money,”Sam said. “As long as you have enough to be comfortable, that’s all you need.”

Suddenly, the gambler who only a few years earlier had lost thousands in casinos, had come of age. That’s not to say he doesn’t enjoy the high life, of course. A busted Ferrari was laughed off in March when Sam swerved to avoid the local wildlife.

“I only just missed a fox, but I lost control of the car and was really unfortunate to crash into a metal farmer’s gate,” he explains. “I’m very grateful I wasn’t going fast or it could have been a lethal accident. 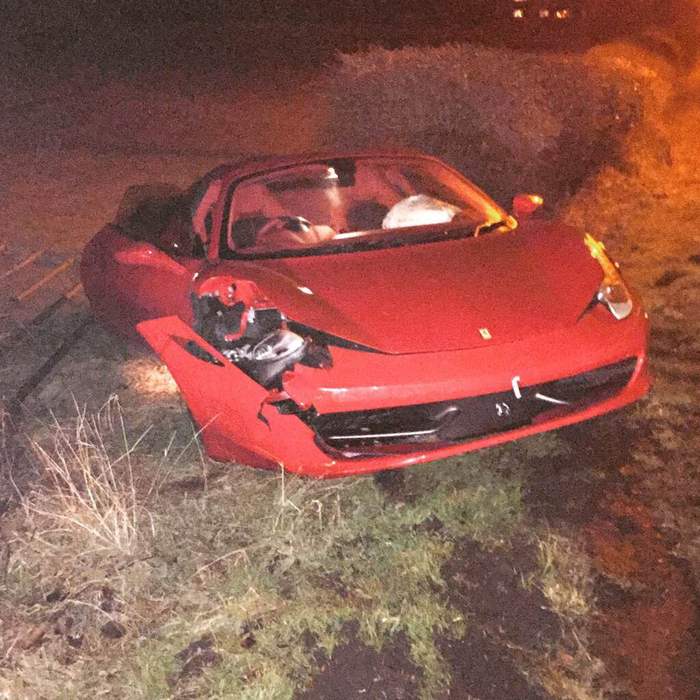 Although his money management is a little better nowadays, even Trickett isn’t immune from a baller bustout in his Ferrari sports car. (Image: Sam Trickett)

Yet for all Trickett’s prowess at the table and ranking in the world’s elite (he now sits 7th in the all-time earners’ list, sandwiched between Phil Hellmuth Jr. and Scott Seiver), sponsorship seemed to elude him. There was never any room for a PokerStars or Full Tilt patch on Sam’s shirt.

Only a brief flirtation with good pal James Bord’s Matchroom outfit saw the Nottingham lad adorned with a garish patch.

Until Everest Poker came along in 2014. More accustomed to dealing with Europeans, (Everest’s other biggest pro name up till then was Fabrice Soulier), Sam’s capture was a huge coup for the brand.

The deal saw Trickett hit the live circuit with renewed success, snapping up cashes and runner-up spots on the EPT and WPT. A disappointing WSOP festival in 2014, when Everest qualifiers were given the chance to win 10 percent of Trickett’s WSOP haul that year, saw him cash just twice.

The deal came to a mutual end earlier this year, but Trickett shrugs off the brief encounter:

“Everest took a big financial risk when they signed me and we both hoped it would pay off so we could extend on our one-year contract. [But] as everyone knows, the poker market is declining, so it was difficult for them to justify renewing my deal.”

While the likes of Negreanu and Esfandiari have become successful ambassadors for their chosen sites, does Trickett feel that he missed the boat?

“Not really. I have been lucky enough to get some really good deals in the past and they have suited my lifestyle. Saying that, I also have been offered a lot of bad deals which didn’t really appeal to me. I like to have a fairly relaxed schedule when it comes to poker.” 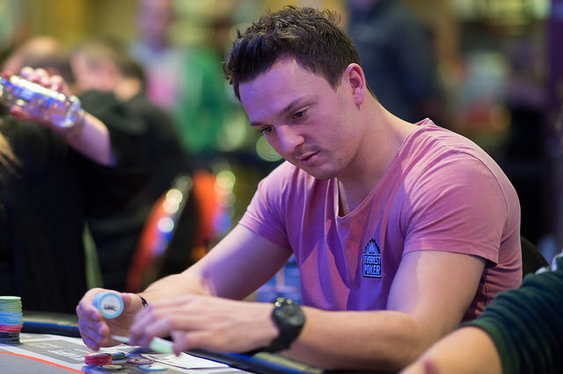 Rather than bemoan the lack of sponsorship opportunities, Sam has always been relaxed about his place in the game.

His attitude both on and off the table is chill, to say the least. As he says, it’s all about “finding the good spots.” He has never enjoyed online poker, finding it dull, and has endured several run-ins with the poker forums.

“I never stop bantering and joking around, so I am all for it [being trolled]. [Sites like] 2+2 are great sites and add a lot of value to poker.”

Even a few training sessions on platforms like Twitch seem out of the question (“I don’t like to give much away about my poker knowledge,” he says).

Although he’s only been playing for less than 10 years, Sam is seen as something of a poker elder statesman now. But does he see a brand new breed of player coming through?

“No, not really,” he says. “I have seen a few good, young players, but the guys playing the super high-rollers are playing the best poker that’s ever been played. I think it will be a long time before the younger generation catches up with these guys.”

So, what does the future hold for England’s best player? Sam will always be Sam, and just keep doing what he does best, while also looking out for the new players coming up. For now, it’s back to his renovated house, not to mention plans for his impending wedding. Let’s hope domestic bliss doesn’t blunt the Boy Wonder’s edge.

Having been a “facebook” friend of Sam’s I like the fact that the boy did good and hope both he and his future wife have a good’un. Cheers Sam and see you soon, where for a change I’ll TID!!!!