Sam Soverel and Chance Kornuth have been the stars of the show at the 2019 Poker Masters series in Las Vegas. The high-stakes duo have a combined seven cashes, one title, and three runner-up finishes through the first seven events. Soverel will add to those totals on Tuesday. 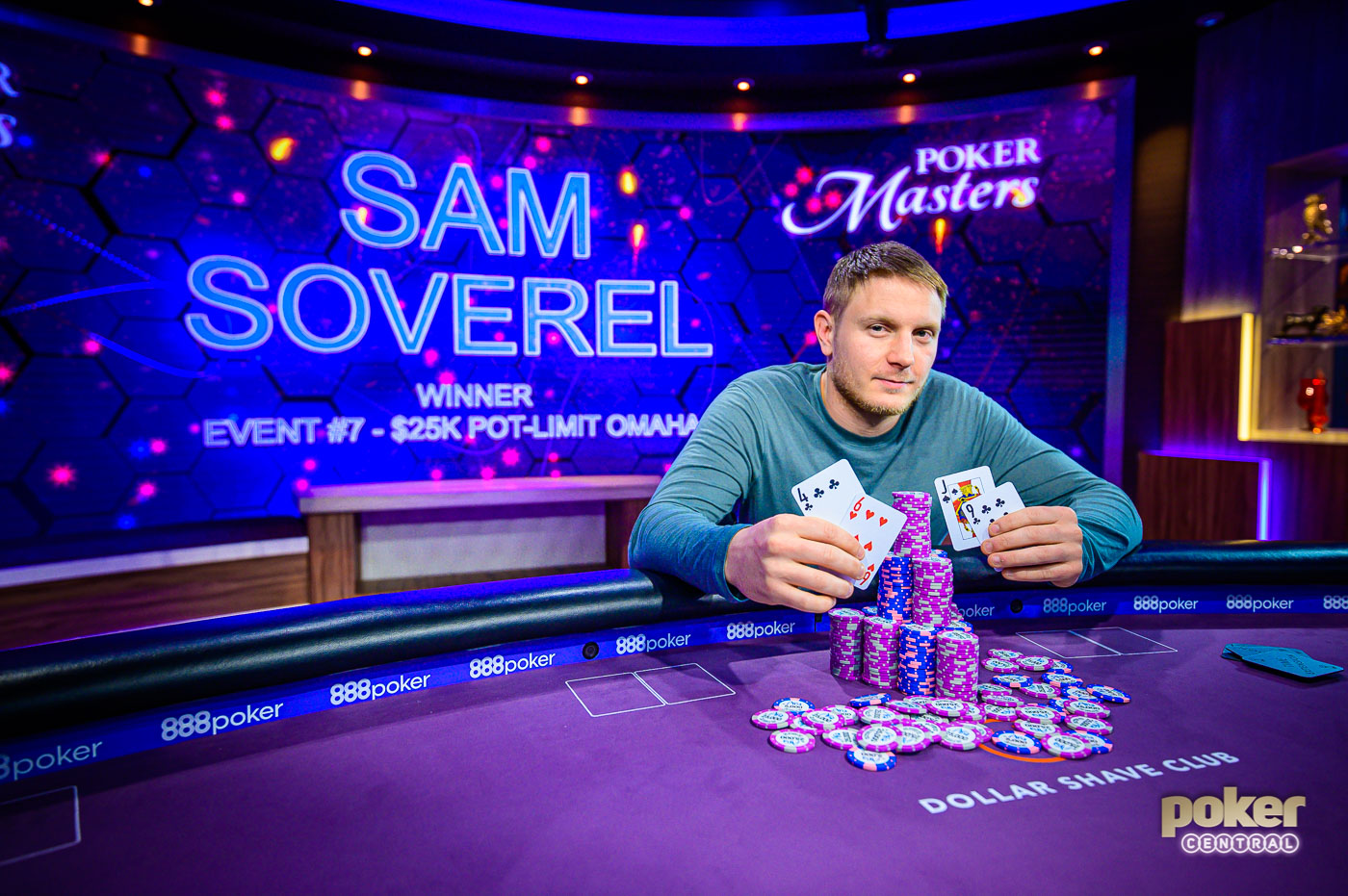 Kornuth has three, second-place finishes during the series. He suffered a rough bad beat during heads-up play against Kristen Bicknell when his pocket nines lost to pocket eights. Had he won that hand, he would have regained a big chip lead, and may have potentially won. Still, he’s in great position to win the coveted Purple Jacket — if he can just hold off Soverel.

Kornuth has more than $7.2 million in lifetime live tournament cashes. The poker coach and founder of Chip Leader Coaching won his second WSOP bracelet last year in a $3,200 online bracelet event. He cashed in nine World Series of Poker tournaments this past summer.

With his heads-up victory over Sean Winter on Monday evening, Soverel now has four cashes and 570 points in the 2019 Poker Masters series. That puts him in second place right behind Kornuth, who has 630 points.

Soverel is guaranteed to add to that total on Tuesday, which means he’s technically in the lead. We just don’t know by how many points, as we’ll have to wait and see how he performs at the $25,000 PLO final table.

Soverel will enter Tuesday’s final table third in chips out of six remaining players. He will earn at least 90 points, even if he’s first to bust, which would put him at 660, 30 points higher than Kornuth. A title in the PLO event is worth 300 points. There are only two more events remaining after this one concludes, the $50,000 No-Limit Hold ’em, and $100,000 No-Limit Hold ’em.

Soverel has four cashes for $491,800 this series. He has first, fourth, fifth, and sixth-place finishes through the first seven events. The Florida native is guaranteed at least another $61,500 if he busts in sixth place in PLO.

The action begins at 1 pm PT, and is available on live-stream on the PokerGo app.