A bad beat by Paul Newey cost Sam Soverel a title in British Poker Open Event #2 – £10,000 No Limit Hold’em, earlier in the week — his second runner-up finish already this series. But, he finally got over the hump on Saturday to win the £25,000 No-Limit Hold’em tournament for £322,000. 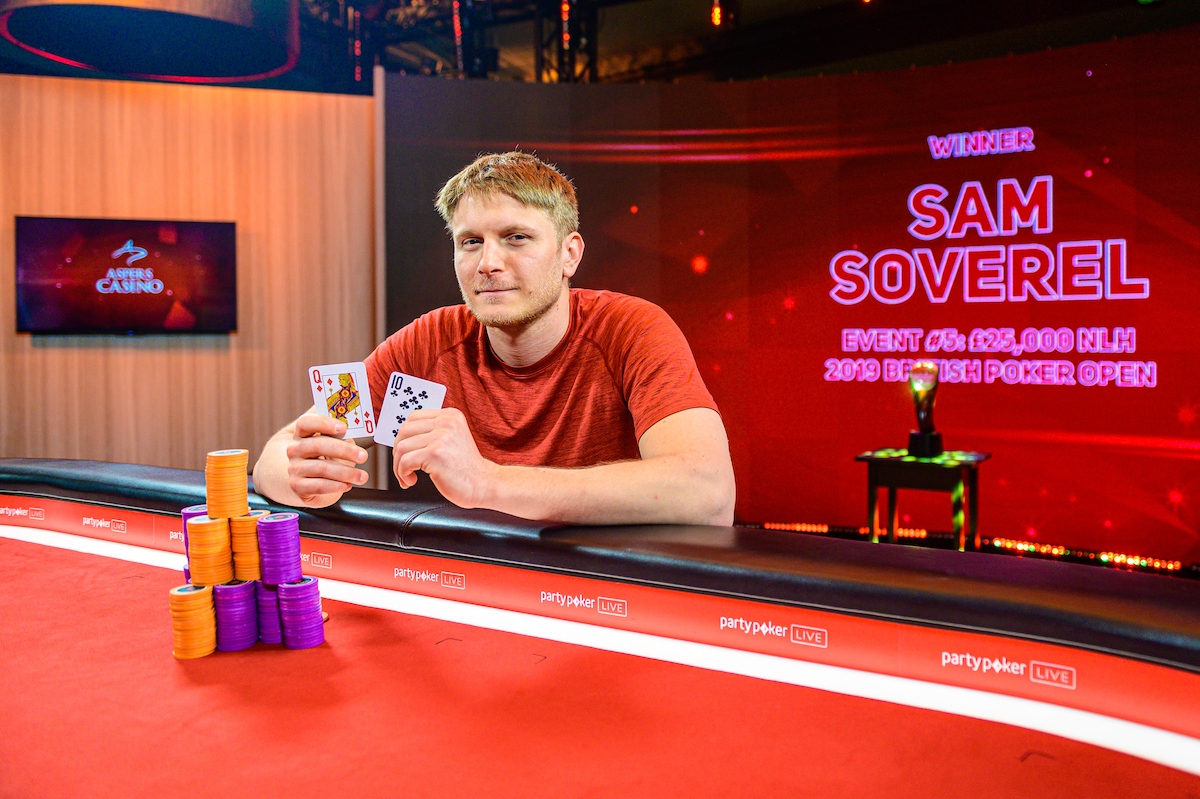 With six events remaining, Soverel has a commanding series lead at 480 points. Sam Greenwood is his nearest competitor, 220 points behind.

A Bit of Luck Never Hurt Soverel (Or Anyone)

Soverel can win poker tournaments without the benefit of exceptional fortune. But, it sure didn’t hurt when he eliminated Vincent Bosca on the bubble to cut the tournament down to its final four players – all among the best in the world.

Bosca put his money all-in with pocket jacks against Soverel’s Ace-2 but, was unlucky to see an ace hit. He was sent home in fifth place out of 28 entries, one off the money.

Stephen Chidwick, arguably the top NLH tournament grinder around, busted in fourth place (£70,000). Ali Imsirovic, perhaps the best young player in poker, was then eliminated in third place (£112,000). That set up a heads-up match between Rainer Kempe, a German, and Soverel, an American.

Soverel held a slim lead when the match began, but Kempe, the 2016 Super High Roller Bowl champion, moved out in front quickly. Then, Kempe picked the wrong time to shove with J-9 against Soverel’s pocket queens, and the best hand held up when the board ran out 7-4-K-Q-8.

That gave Soverel his first British Poker Open title after a pair of runner-up finishes. Kempe earned £196,000 for his efforts, moving his career totals to just under $21 million, second on Germany’s all-time list, behind Fedor Holz ($32.55 million).

Soverel, on the other hand, is now over the $11 million lifetime mark. That puts him at 40th all-time in US history. He’s also a British Poker Open champion. And, who knows, maybe he’ll win the entire series. He’s certainly on the right track.