If you’re looking for a sleeper pick to add to your upcoming WSOP Fantasy Draft, it would be wise to consider Sam Greenwood. 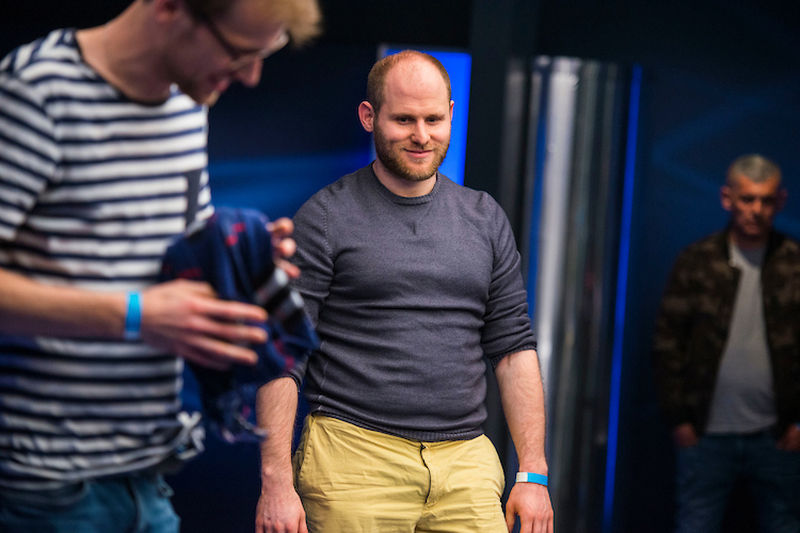 As is the case in virtually every high roller tournament, Greenwood faced a brutal lineup at the Monte Carlo Bay Hotel and Resort, with 30 of the world’s best players (46 entries total after rebuys) all chasing a seven-figure payday.

The eventual champion would have to outlast a final table that included Isaac Haxton, Justin Bonomo, and Christoph Vogelsang, a task that only a player running as hot as Greenwood could accomplish.

Greenwood ended up heads-up against Vogelsang, the defending Super High Roller Bowl champion, and both were guaranteed at least $1.275 million.

After Ali Fatehi, an Iranian businessman, busted in 3rdplace, Greenwood had better than a 2-1 chip advantage but quickly squandered that lead when Vogelsang got maximum value on a full house, doubling up to a big chip lead which soon grew to nearly 5-1.

But in tournament poker, if you have a chip, you have a chance. A 5-1 disadvantage becomes a 2-1 advantage after just two consecutive double-ups. Or, you grind your way back, winning small pot after small pot, which is what Greenwood did before finally doubling up to take a slight lead when he hit the high end of the straight against his opponent’s low end straight.

From there, he remained out in front before finishing off Vogelsang on a near coinflip situation on the final hand.

Fedor Holz, Is That You?

Sam Greenwood is doing his best Fedor Holz impersonation this year. Holz crushed the high roller circuit during the summer of 2016, scoring three seven-figure paydays and numerous other six-figure cashes over a three-month period.

Greenwood, who now has over $11 million in lifetime cashes, has three high roller tournament wins in 2018 already, including the EPT Monte Carlo, his largest career cash. His first tournament title of the year was in a $50,000 event at the Aussie Millions, although some might argue that shouldn’t even count considering he beat a field of four players.

But he has some more legit cashes, with his deep runs at EPT Monte Carlo (46 entries), WPT Amsterdam (65 entries), and Partypoker Millions Barcelona (57 entries).

Greenwood’s hot streak has lifted the Canadian to 5thon the GPI Player of the Year standings, a manageable 592 points behind leader Stephen Chidwick. He now ranks 20thon GPI’s overall top players in the world.

it must be because of his charisma that he does not seem like a great player, but he seems to be a very good player.
I’ve seen he repeatedly at the final table, I think a player with a very low profile, I think this can be very beneficial for him because you may think that it is something weak at the time of playing but surely for a while now from now it will be highly respected at the tables

You know I’ve seen this kind of thing happen a lot lately. More so then in the past. For example in the WPT events last year, Mike Sexton was at the final table at least 3 times I do believe. With Only making a WPT final table once in his entire career before that. Another example BENJAMIN ZAMANI ended up taking the player of the year title last year. It seemed like he was at every final table that was televised. You must have a real grasp of the evaluation curve to be able to pull that off. Very Impressive