The PCA seems to have some new competition in the Caribbean as Partypoker’s 2017 Caribbean Poker Party Festival, which took place at Melibe Tropical in Punta Cana, Dominican Republic, proved to be a big success. Just ask Sam Greenwood and Adrian Mateos, who were just two of the festival’s big winners. 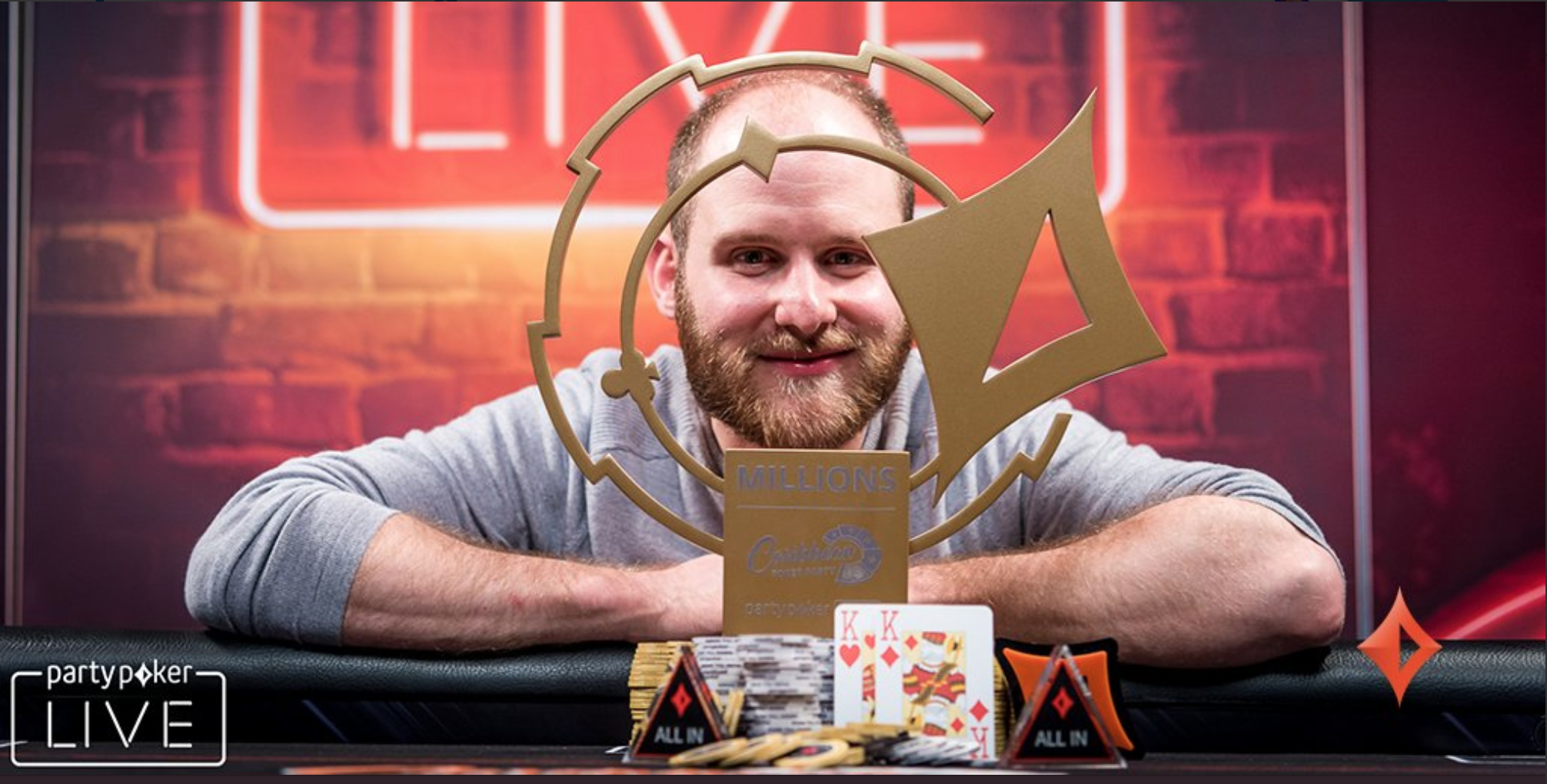 It was a three-step process to victory for Sam Greenwood, who finished third and second in two events before winning the 2017 Caribbean Poker Party Festival Main. (Image: Partypoker)

The win was the second-largest of Greenwood’s career behind the $1,023,701 he won for finishing runner-up to Fedor Holz in the EPT13 Barcelona €50K Super High Roller in 2016. All told, he now has $6,784,533 in tournament winnings, which puts him seventh on Canada’s all-time poker money list.

If there were a player of the series, it most certainly would’ve been Greenwood. In addition to winning the Main Event, he placed third in the $10,300 High Roller, and second in the $25,500 Super High Roller, for a combined $366,850 in winnings. Those events were won by Preben Stokkan and Chris “Big Huni” Hunichen, respectively.

“It was just crazy, I don’t think I have ever run this good,” Greenwood told reporters after the win. “I won so many all-ins and I’m happy with how well I played. In the high rollers, it was more of a steady climb but in the main, I was all-in so many times.” 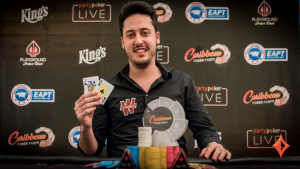 In the end, the title came down to Partypoker-sponsored pro Anatoly Filatov and Winamax pro Adrian Mateos, who earlier this summer became the youngest player to win three World Series of Poker bracelets.

The two battled for an hour with near-even stacks, but then Mateos got a big double-up to take the chip lead. In the final hand of the tournament, which took place in Level 29 (1M/2M), Filatov was automatically all-in from the big blind with the 6♣5♣ and was looking to get lucky against Mateos, who held the A♣J♠. The board left Filatov with 10 outs by the turn, but ultimately ran out to no avail, showing 10♠10♣4♦2♠Q♥, and he had to settle for second place.

The win brought Mateos’ lifetime earnings up to $11,357,162, putting the 23-year-old  within $1 million of catching Carlos Mortensen atop Spain’s all-time money list.

What a year Sam Greenwood is having, especially in high rollers. That makes 7 FTs on the year for Greenwood, running good and playing good.